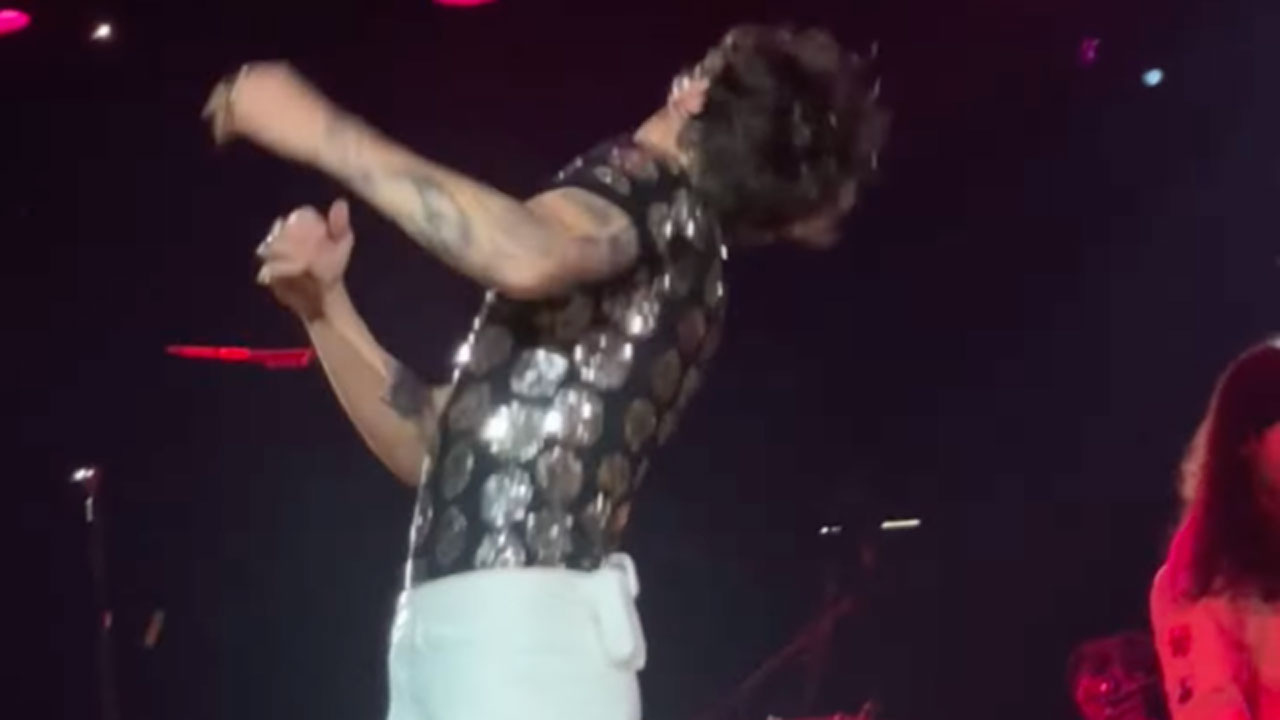 Harry Styles' "Love on Tour" stop in Los Angeles on Monday was interrupted with a startling — and seemingly painful — barrage of Skittles. As the singer was finishing up his hit "As It Was" and blowing kisses to fans, his head suddenly whipped back and he grabbed his face after getting pelted with Skittles.

The incident prompted outrage among fans, and many posted about it on social media. (Caution: Some of the links include vulgar language.)

"It was HORRIBLE," one person posted along with a video of the hit. "I can't believe it. The pit went silent. Why would they do that?"

One person tweeted that it "ruined" Styles' next song, "Kiwi," because "he wouldn't open his eye for the whole song."

Even after getting hit, Styles continued to wave and blow kisses to fans and thank them for going to the show. Pauli Lovejoy, one of Styles' drummers, said in an Instagram Live the next day that Styles "is OK."

"But do me a favor, don't throw no more Skittles on stage," he said.

Styles has not publicly commented on the incident. But that hasn't stopped it from going viral. The situation even triggered a tweet from Skittles itself.

The grocery store chain Save A Lot chimed in, asking, "What if Harry wanted to taste the rainbow?" To which Skittles responded, "There are safer ways to do this."

This week's stop in Los Angeles was Styles' final appearance in the U.S. until January as his tour moves to Central and South America.