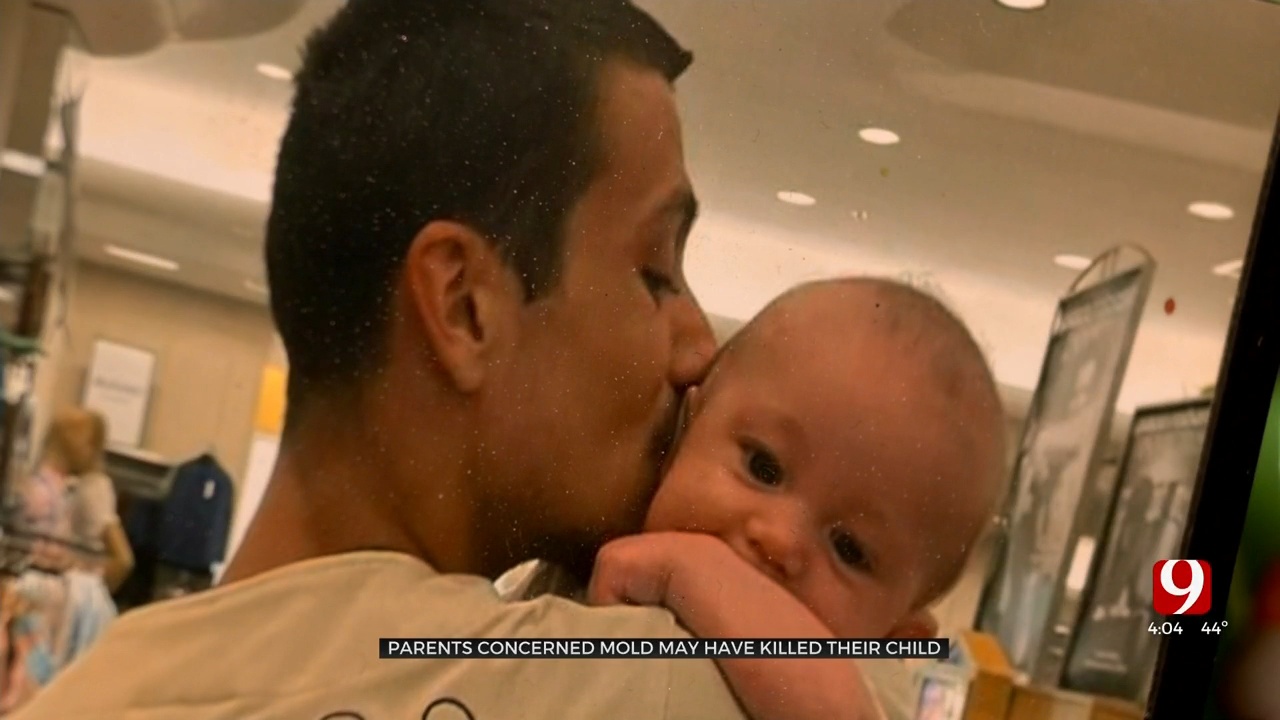 A metro family is heartbroken after the death of their 5-month-old. The child’s parents are worried where they live may have played a role.

The family moved into the Magnolia Village Apartments back in March and noticed slimy drips from air vents from Day 1.

Smith said they noticed a weird smell and stains the day they moved into the southwest Oklahoma City apartment complex.

"Heavy-like. Almost like an old basement that would be wet and heavy in an older house almost," Smith said. "Along the edges of our vents and everything, there's (sic) like this yellow, brown stuff that leaks down our walls."

While the smell lingered, Luca developed a cough along with constant runny eyes. Three months ago, Smith took Luca to the hospital because his cough was becoming severe.

Doctors told her to keep an eye on his cough over the next few days, but after the appointment, she put Luca down for a nap he would never wake up from.

"I found him not breathing and he was cold, and he was in the same spot he always slept in for six months without a problem," Smith said. "It's hard because we don't have answers, and it's going to be so long until we do. It feels like you know until February."

Doctors initially said the cause of Luca's death could be SIDS, RSV or another virus.

"Until we saw what was next door. That's added to the list," Smith said. “They came in a black van and were all wearing white suits. They told us that it was hazardous to stand on our porch while they empty that stuff out, but we're meant to live next to it. This is what we breathe every day, and you guys are going in there in suit (sic)."

At this time, Luca's passing isn’t connected to the mold. The medical examiner will determine that after an autopsy has been completed which, as Smith said, will be in February.

Richard Klinge with the Pro-Bono Housing Eviction Program said mold concerns make up approximately one-fifth of the clients they serve.

"If there's serious mold on one side of a thin sheet rock wall, chances are it's going to keep right on migrating," Klinge said.

For any tenant with a mold, or any kind of complaint, Klinge said to not just verbally tell the landlord but to put the complaint in writing so there's a paper trail of any issues.

The apartment complex did not comment for this story.