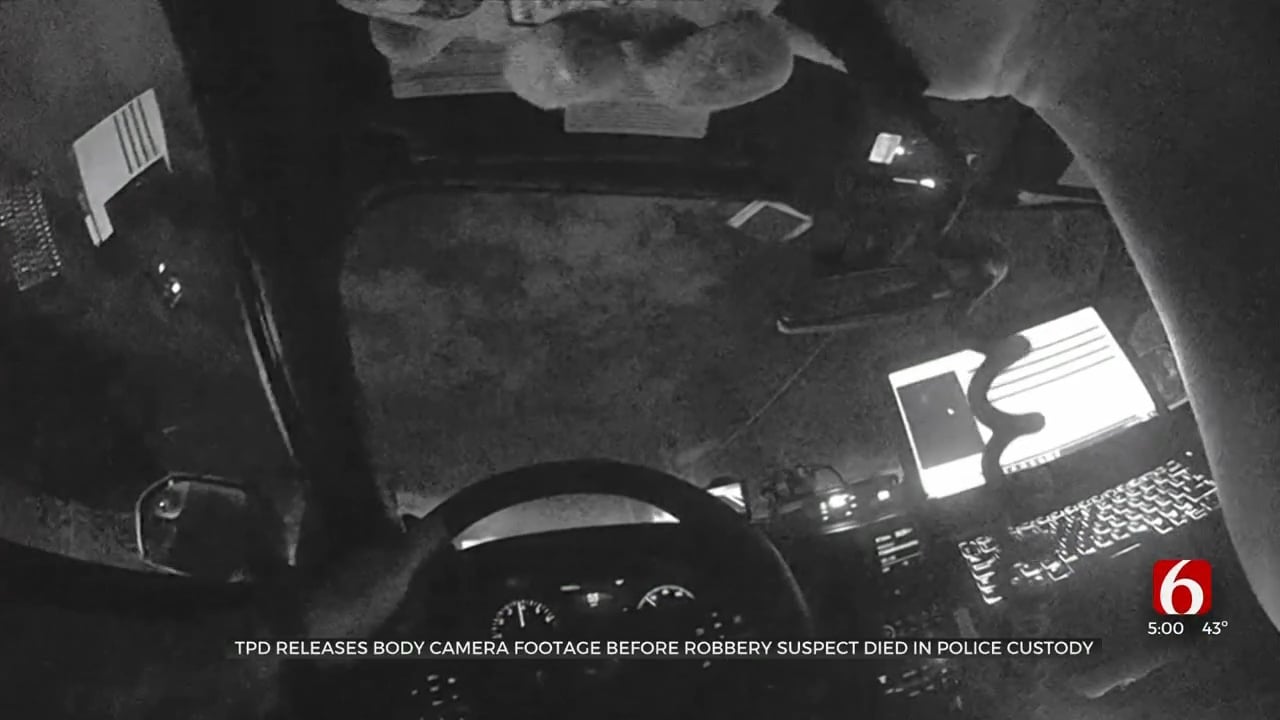 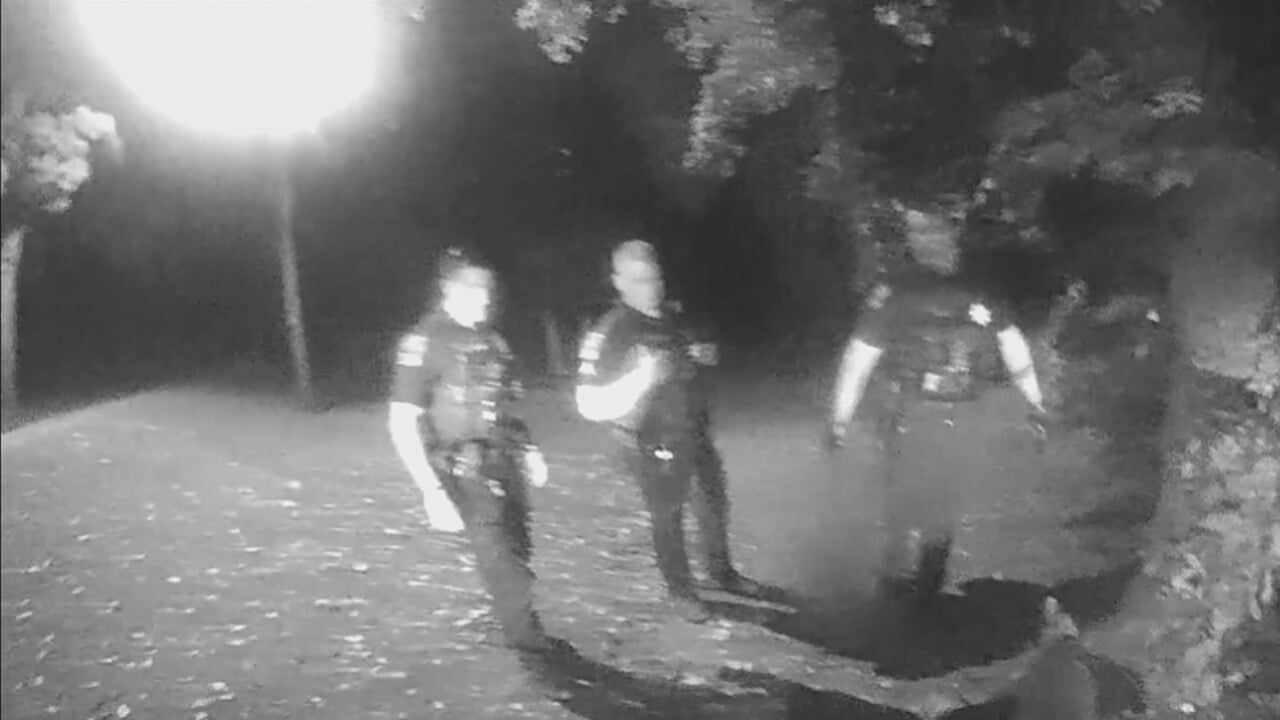 Tulsa police released the body camera footage from before a robbery suspect died in police custody in September.

Police say when Ramond Thompson was running from police, he jumped off a 30-foot hill and landed at the bottom.

Police were searching a rocky and wooded area near Pine and Sheridan on September 21st for two men who were accused of robbing the 2-GO Food Mart.

Video shows a K9 biting the suspect on the arm and latching onto him until the police come and put him in cuffs.

Police then try and walk out of the thick brush, so EMSA could treat Thompson.

Thompson is seen in the video moving slowly and struggling to walk.

Officers help lean Thompson up against a tree and offer him some water until EMSA arrives. Thompson was taken to the hospital where he later died.