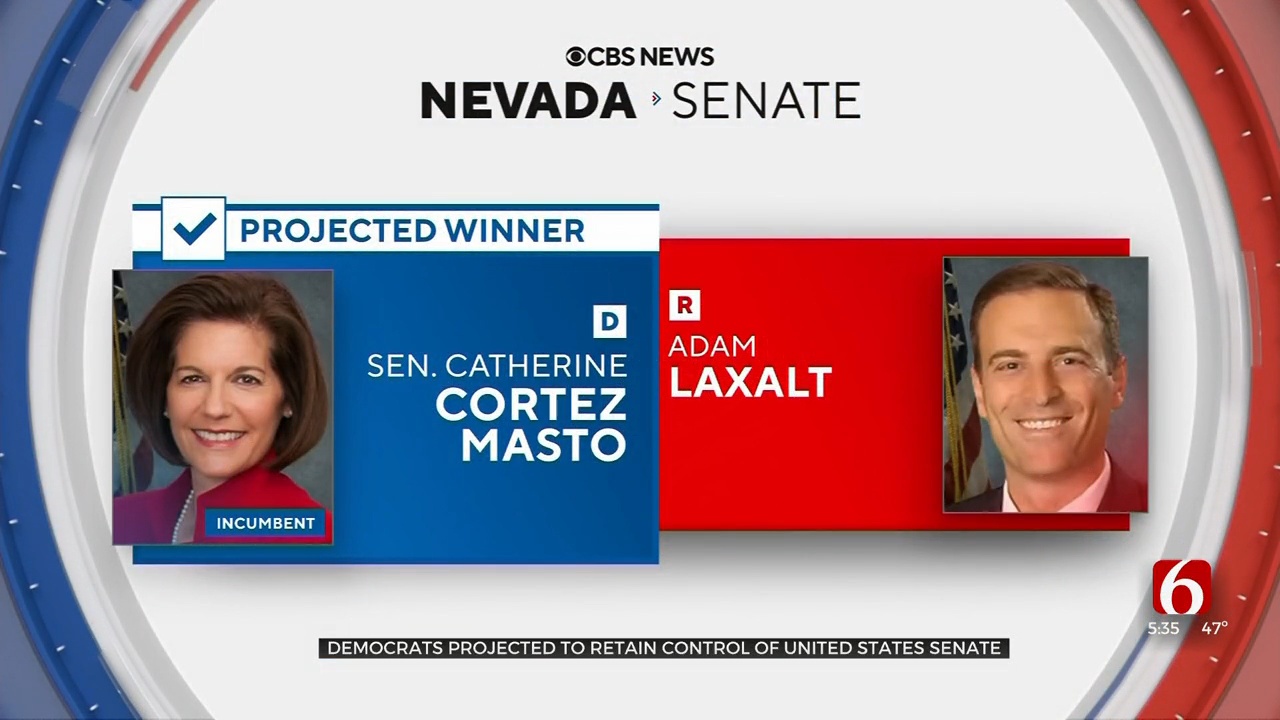 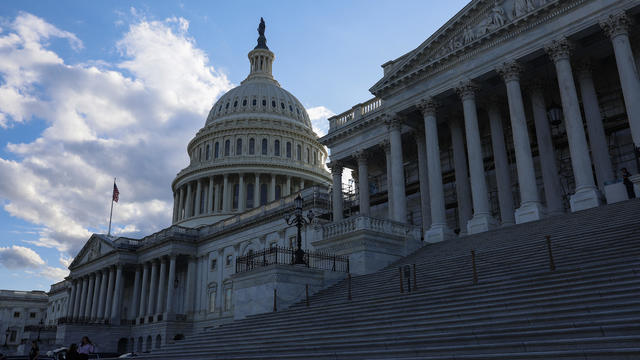 Democrats will continue to control the Senate after the 2022 midterm elections, after Nevada Sen. Catherine Cortez Masto on Saturday was projected by CBS News to win a tight reelection race against Republican Adam Laxalt.

Her victory gives Democrats 50 seats in the 118th Congress. Vice President Kamala Harris' tie-breaking vote, should it be needed, gives them the majority, regardless of the outcome of the Georgia runoff election in December between Sen. Raphael Warnock and Republican challenger Herschel Walker.

Before Election Day, some Republicans had begun to believe Senate control was within reach, since President Biden is suffering from underwater approval ratings amid high inflation and voters' negative views of the economy in all the battleground states.

But in the months before the general election, Senate Minority Leader Mitch McConnell expressed doubt that Republicans could take the Senate, which he blamed on "candidate quality." Many of the Republican candidates who lost were far-right and endorsed by former President Donald Trump, which gave them momentum during the primary season. But they failed to appeal to independents and moderates in the general election.

Sen. Pat Toomey, who is retiring from the Senate, and whose seat was won by Democratic Lt. Gov. John Fetterman, blamed Trump for the missed GOP opportunity.

"The data is overwhelmingly clear — the more candidates who are associated with Donald Trump, and the ultra MAGA movement, and this false notion that the election was stolen from him in 2020, the more that was the message, the more they lost, and in many places, it was a stark to a more conventional Republican who was winning," he said in an interview on Fox News Saturday.

Though he didn't identify him by name, Toomey referred to the far-right Republican candidate for governor Doug Mastriano as "a weak candidate who loses by 15 points, the most for an open seat since the 1950s."

He went on to note that "we lost three opportunities to flip House seats, lost control of the state House…and the party needs to get past Donald Trump."

Alaska, where three candidates are on the ballot in a ranked-choice voting system, has also not yet been called, but with the top two finishers both Republicans, CBS News projects it will stay in Republican hands.

In other battleground states, CBS News projected the races in Wisconsin, Florida, Ohio and North Carolina will go to Republicans, while Democrats will win in Colorado, New Hampshire and Pennsylvania.

In each of these states, voters had negative views of the nation's economy.

In most of the Senate battleground states, the issue of inflation outpaced abortion in terms of the importance of the issue to voters. But in Pennsylvania's closely-watched race, where Fetterman came out ahead of Republican candidate Dr. Mehmet Oz, exit polling showed abortion outpaced inflation as a concern for voters.

Thirty-five Senate seats were up for grabs in total in the 2022 midterm elections, but under one-third were expected to be close.

Musadiq Bidar and Jack Turman contributed to this report.