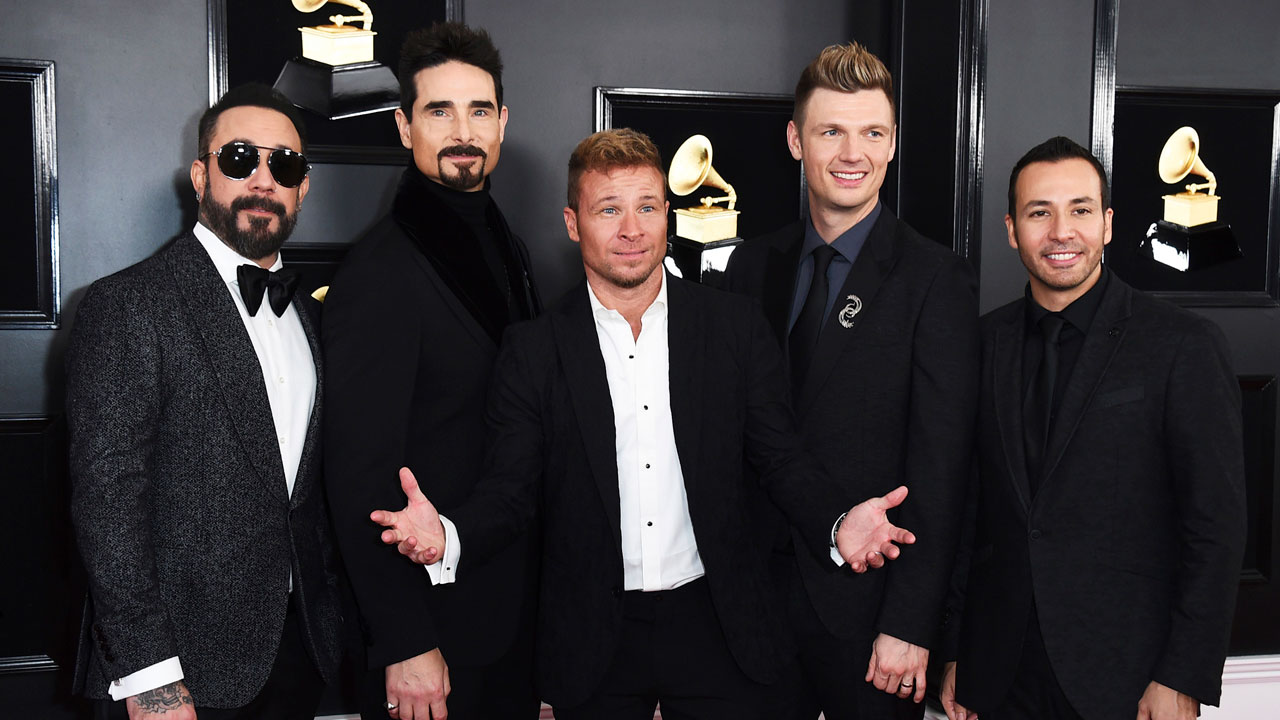 The Backstreet Boys paid an emotional tribute to Aaron Carter, the younger brother of group member Nick Carter, during their concert in London on Sunday. The younger Carter was found dead on Saturday in a California home.

"The next song is about family," band member Kevin Richardson said while the group performed at O2 Arena in London.

"We all grew up together. We've been through highs and lows, ups and downs, you guys have been through it with us," he said. "Tonight, we've got a little bit of heavy hearts because we lost one of our family members yesterday."

"We'd like to dedicate this next song to our little brother, Aaron Carter," Brian Littrell said, moments before the group performed their 2019 song, "Breathe."

The Backstreet Boys were touring for their ninth studio album, "DNA," upon news of the younger Carter's death. He was found unresponsive in a bathtub on Saturday by a house sitter. Paramedics pronounced him dead at the scene, and authorities are investigating.

The 34-year-old rose to fame in the early 2000s as he followed in his older brother's footsteps in the music industry. He became loved among teens for dozens of songs, including "That's How I Beat Shaq" and "I Want Candy." At one point, he toured with the Backstreet Boys, who debuted in the '90s.

The elder Carter posted about his brother's death hours before the show in London on Sunday, saying his "heart is broken."

"Even though my brother and I have had a complicated relationship, my love for him has never ever faded," he said. "I have always held on to the hope that he would somehow, someday want to walk a healthy path and eventually find the help that he so desperately needed."

Carter went on to say that "addiction and mental illness" are the villains in his younger brother's death. Aaron Carter had been open about his struggles with substance abuse and mental illness. In 2019, Nick Carter and Aaron's twin sister, Angel, filed a restraining order against their brother after he allegedly confessed "that he harbors thoughts and intentions of killing my pregnant wife and unborn child," Nick tweeted at the time.

"I will miss my brother more than anyone will ever know," Nick Carter posted on Sunday. "I love you Chizz. Now you can finally have the peace you could never find here on earth….I love you baby brother."