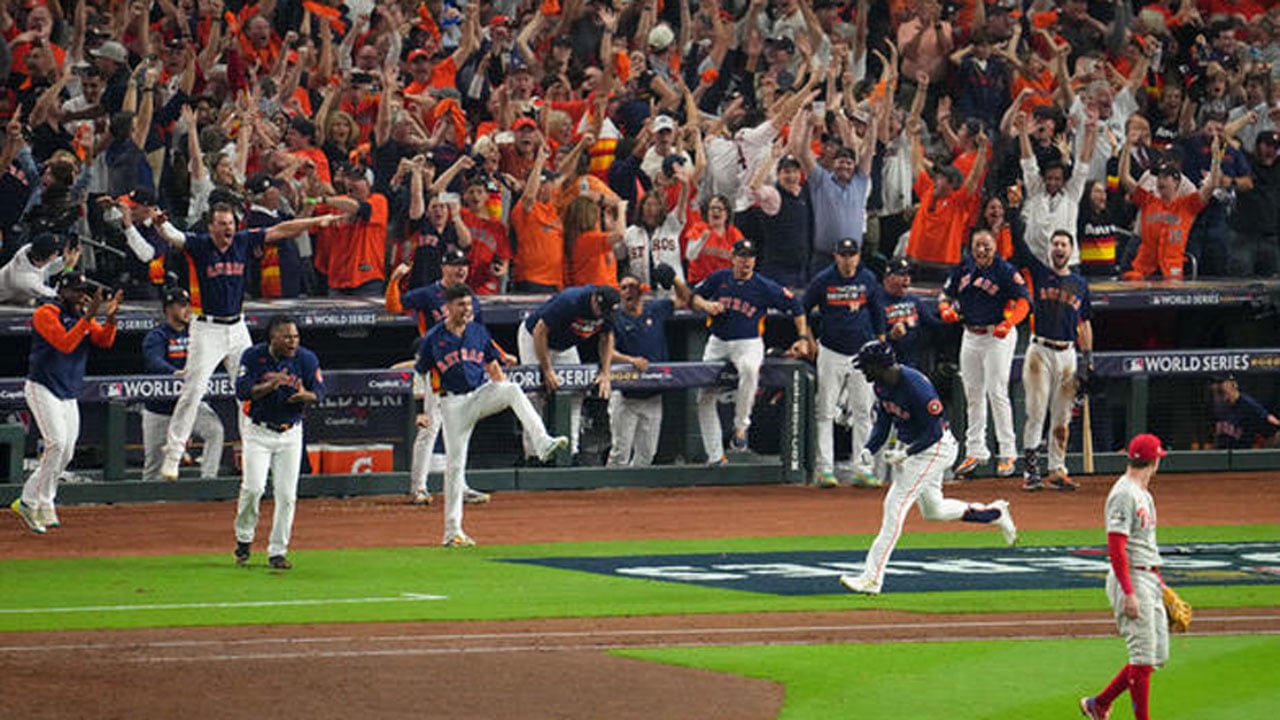 The Houston Astros defeated the Philadelphia Phillies 4-1 Saturday night in front of a raucous home crowd at Minute Maid Park to clinch the World Series and avoid what would have been a decisive Game 7 on Sunday. It marks the second World Series title in franchise history for the Astros, who also won in 2017.

After going down 2-1 in the series, the Astros rallied to win three straight games, including a historic Game 4 in which they threw a combined no-hitter, only the second no-hitter in World Series history, and the first since 1956.

Down 1-0 in Game 6, the Astros put up four runs in the sixth inning, including a three-run home run by Yordan Álvarez, and they never looked back.

The title puts a bow on what has been a dominant season which saw the team win an American League-best 106 games. They went 7-0 in the first two rounds of the playoffs, sweeping both the Seattle Mariners, and then the New York Yankees.

However, this latest title comes as the Astros have been one of the most controversial U.S. sports teams in recent history, following the sign stealing scandal in which Major League Baseball determined the team used technology to steal signs during the 2017 and 2018 seasons – the former of which ended in their first title.

In January 2020, the league released a report in which it determined the Astros illegally used live game footage to steal signs from opposing pitchers and catchers and alerted their own batters about what pitch was coming by banging on a trash can.

At the time, MLB handed one-year suspensions to both general manager Jeff Luhnow and manager A.J. Hinch, who were both subsequently fired. The Astros also paid a $5 million penalty and forfeited their first and second-round picks in 2020 and 2021. No players were punished however.