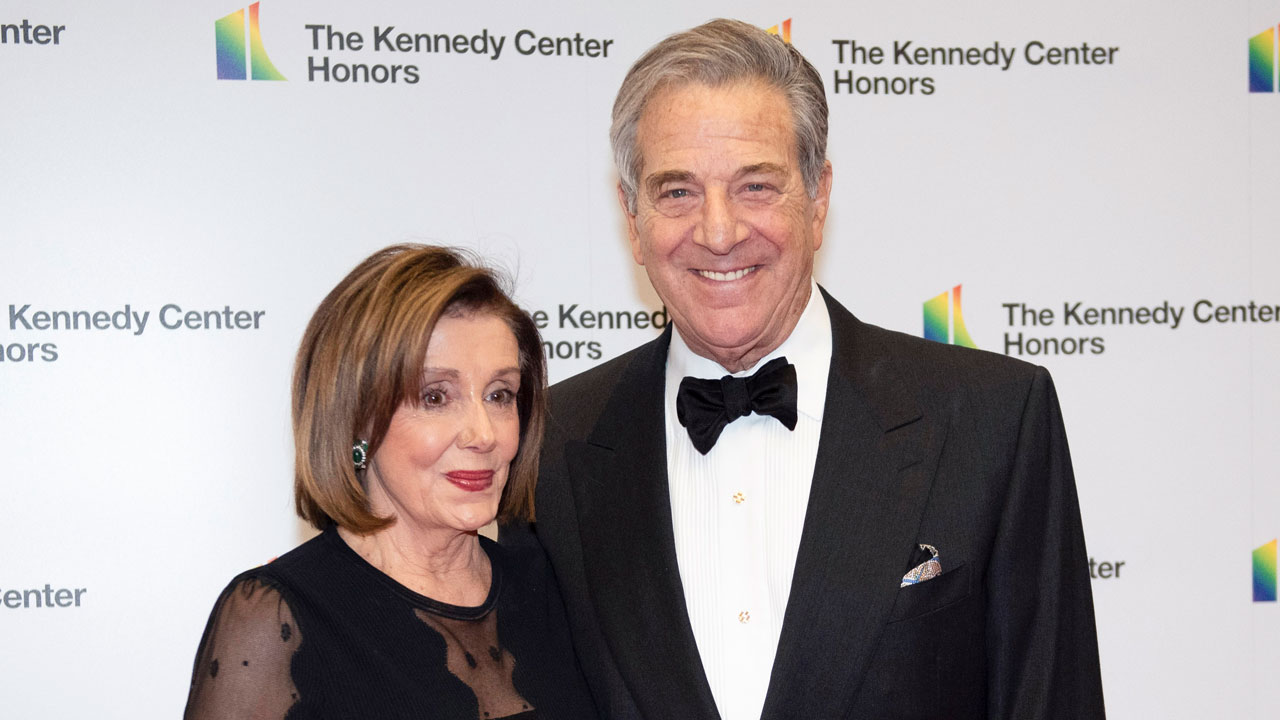 House Speaker Nancy Pelosi, in her first public appearance since the brutal attack on her husband, rallied grassroots activists Friday, telling them that the midterm elections for control of Congress are a fight for democracy and "very winnable."

"People say to me, 'What can I do to make you feel better?' I say: 'Vote!'" Pelosi told the activists on the call.

"I believe that this race is very winnable," she said.

She talked about her husband's recovery, her voice cracking at times. "It's going to be a long haul," she said, of Paul Pelosi, 82, who suffered a fractured skull and other injuries after an intruder broke into their San Francisco home late last week and bludgeoned him with a hammer in what authorities say was an intentional and political attack.

Nancy Pelosi thanked those on the call for the outpouring of support after the attack. She spoke in the early morning from California, where her husband was released from the hospital late Thursday, her voice breaking throughout the lengthy but upbeat address.

"What we are doing is not only to win an election, but this is to strengthen our democracy," Pelosi said. "There is no question that our democracy is on the ballot."

The speaker's comments come as Democrats are facing a stiff fight for control of Congress in the midterm elections Tuesday, as energized Republicans are working to flip the House and Senate and end Democratic hold on Washington.

David DePape, 42, is being held without bail on state charges of attempted murder, burglary and elder abuse. DePape's public defender, Adam Lipson, entered a not guilty plea on his behalf earlier this week and has pledged to vigorously defend him. Lipson declined to comment Friday.

At a hearing Friday, a San Francisco judge disclosed that she had worked with Speaker Pelosi's daughter in the 1990s, giving prosecutors and the public defender's office the opportunity to object to her role in the case.

Judge Loretta "Lori" Giorgi said she and Christine Pelosi had worked together in the San Francisco city attorney's office in the 1990s but had not interacted in years. Christine is one of the Pelosis' five adult children and while she has never held elected office, she's considered to be a potential successor when Pelosi retires from her House seat.

In court filings released earlier this week, officials said DePape broke into the home, carrying zip ties, tape and a rope in a backpack. He woke up Paul Pelosi and demanded to talk to "Nancy," who was out of town. Two officers who raced to the home after Paul Pelosi's 911 call witnessed DePape hit him in the head with the hammer.

No one objected during Friday's hearing to Giorgi's ties to the Pelosi family but either side could in the future and San Francisco District Attorney Brooke Jenkins said the case might be heard by another judge regardless. The public defender's office did not immediately have a comment.

"I do want to make a disclosure on the record that the daughter of Mr. Pelosi, Christine Pelosi, and I were in the city attorney's office together in the 90s," Giorgi told the court. "And I have disclosed to counsel the interactions that I had when she and I were together. I haven't seen or heard or talked to Ms. Pelosi after she left the office. I do see her here today."

Giorgi worked in the city attorney's office from 1985 to 2006, when she was appointed to the bench. She rose to the rank of deputy city attorney and was the office's public integrity chief.

Christine Pelosi attended Friday's hearing but seemed to leave through a back door in order to avoid media waiting in the hallway. She entered the courtroom right before the proceeding started and sat in the front row away from reporters.

Christine Pelosi is active in California and national Democratic politics. In 2019, she released a book about her mother titled "The Nancy Pelosi Way." In 2017, as chair of the California Democratic Party's women's caucus, she was actively involved in the #MeToo movement as it took shape in the state capital.

The city attorney's office did not immediately respond to a request for details of Giorgi and Christine Pelosi's employment.