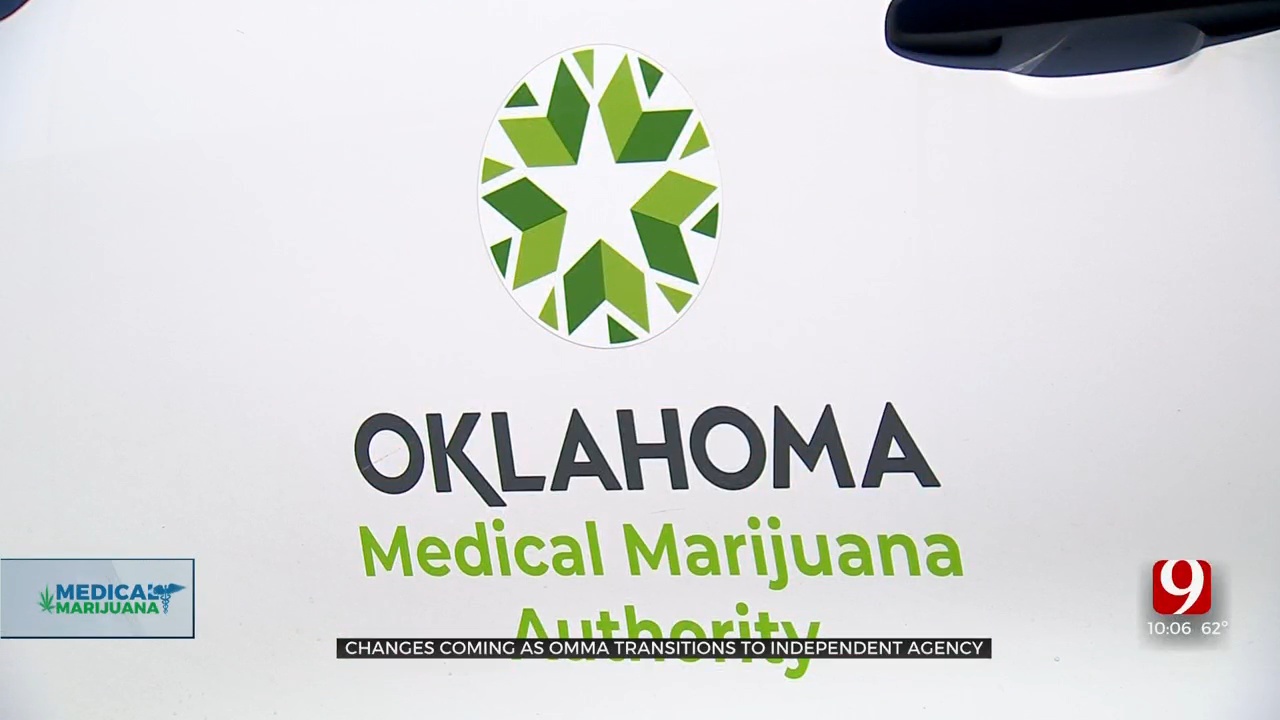 Changes are on the horizon for the Oklahoma Medical Marijuana Authority.

News 9 spoke to the new Executive Director appointed by Governor Stitt to see what this means for Oklahoman’s.

As of November 1, the OMMA is a standalone agency. This comes after years of trying to move out from under the umbrella of the State Department of Health.

“The legislature has been talking about it for years. This session they were able to come to an agreement and the Governor signed off on it,” said Adria Berry, the Executive Director, of the Oklahoma Medical Marijuana Authority.

Berry was the former director before being appointed as the Executive Director.

“I’m very grateful to Governor Stitt for trusting me with this big task and when I think about it lets just be real the task is to get out there and regulate this industry, it’s large and it continues to grow,” she said.

The Executive Director said the change will allow them to regulate the industry better.

“What it will do is just allow us to really have the freedom to be flexible and just get out into every part of Oklahoma and make sure we are visiting every licensee, keeping our eyes on the industry and fulfilling the mandate that we have to regulate the industry,” said Berry.

Starting November 1, growers will need to register as a sensitive crop with the Department of Agriculture.

“If one of their neighboring farms is spraying pesticides then they are aware that there is a marijuana farm nearby and that they are cautious about spraying those pesticides,” she said.

Another law will require them to have a sign with their credentials.

“The sign has to be at the perimeter of their property, and it needs to have their OMMA license number on it indicating that they are a licensed grow,” said Berry.

Come 2024 all employees within the marijuana industry will be required to have some type of certification.

“That credential could be a budtender certification, we have seen that in other states, that is what we are researching right now. We need to figure out what works best for Oklahoma,” she said.

The OMMA is aware of the special election in March for recreational marijuana. They said they are ready to implement the program if it is passed by voters.