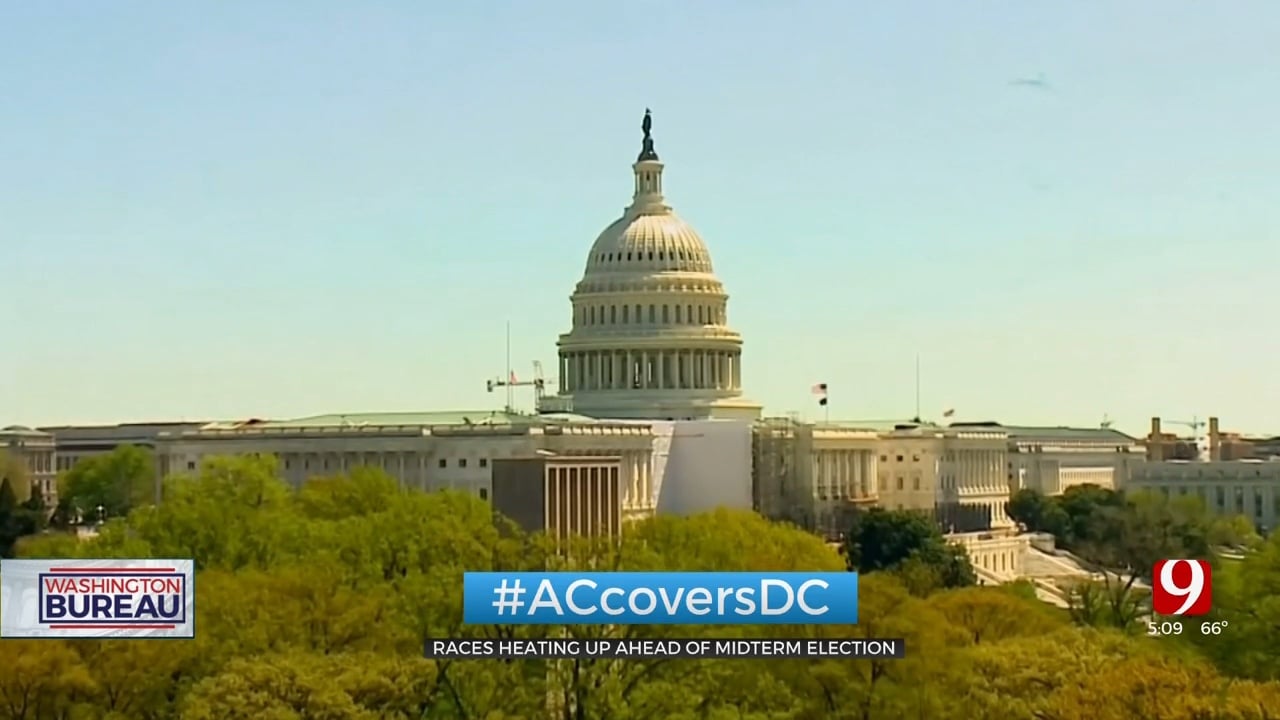 With voters in Oklahoma and across the country preparing to go to the polls in exactly two weeks, candidates are turning up the intensity and races are getting more heated.

The stakes are high -- control of Congress for the next two years, control of statehouses, governorships and more. It's coming down to the wire and candidates are making their closing arguments.

"We're not going to teach people to hate each other in our schools." replied Charlie Crist, "I don't know where you get that idea."

The Florida gubernatorial race has the attention of voters, not only in the Sunshine State, but across the country, given Governor DeSantis's apparent presidential ambitions, which led to one of the more memorable exchanges of the evening.

"Why don't you look into the eyes of the people of the state of Florida and say to them, if you are re-elected, you will serve a full 4-year term as governor -- yes or no?" asked Crist, who served as governor of Florida a decade ago, then as a Republican.

"Listen, I know that Charlie's interested in talking about 2024 and Joe Biden," retorted Gov. DeSantis, "but I just want to make things very, very clear: the only worn-out old donkey I am looking to put out to pasture, is Charlie Crist."

Tuesday night, the eyes of the nation turn to Pennsylvania, where Republican Dr. Mehmet Oz and Democratic Lt. Governor John Fetterman will take the stage for their lone debate, providing more grist for a tight race that could determine who controls the U.S. Senate.

"I would say most people that watch a debate...most people, their mind’s already made-up," said Rep. Markwayne Mullin, (R-OK2).

Both sat down for interviews with Griffin Media last week. Horn, who represented Oklahoma's 5th District from 2019-2021, says Mullin's decision not to debate is an insult to voters.

"He thinks he's got this in the bag and is taking us for granted," said Horn. "Anyone that won't show up and answer questions doesn't deserve to have our votes."

"I'm sure she feels that way," Mullin responded, "because she needs attention and she wants to use us to get there."

In our interviews, the two were asked many of the same issues so as to be able to compare answers. You can make that comparison for yourself Thursday night at 10:00.

Rep. McCarthy Fails To Get Number Of Votes For House Speaker