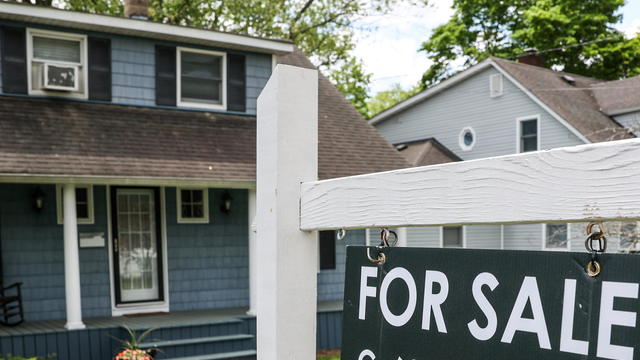 Inflation, soaring mortgage rates and record high prices are making it difficult for many Americans to buy a home. But there could be some relief in sight, as skyrocketing rates have helped cool some of the nation's hottest housing markets.

According to Freddie Mac, the average rate on a 30-year fixed-rate mortgage now sits at 6.92%, the highest it has been since 2002, and more than double what it was just a year ago. Housing affordability is down 29% from a year ago, according to the National Association of Realtors. Consistent rate hikes from the Federal Reserve are also putting pressure on the real estate market.

But now, in cities that had those massive spikes, prices are dropping.

"We have seen mortgage rates double in just this year. And in some markets, we are starting to see prices go down from those sky-high levels," CBS News business analyst Jill Schlesinger said.

"A year ago, people were buying homes sight unseen, multiple offers," Los Angeles real estate agent Craig Strong told CBS News. "It's a good time to put an offer on a house at a lower number."

"It's just a changing market," Strong said. "2008, that was a crash landing. But I feel it's going to be a softer landing. It's going to be over a period of time as people get adjusted to the new rates and the new purchase price."