Dolly Parton Donation Strategy: ‘I Just Give From My Heart’ 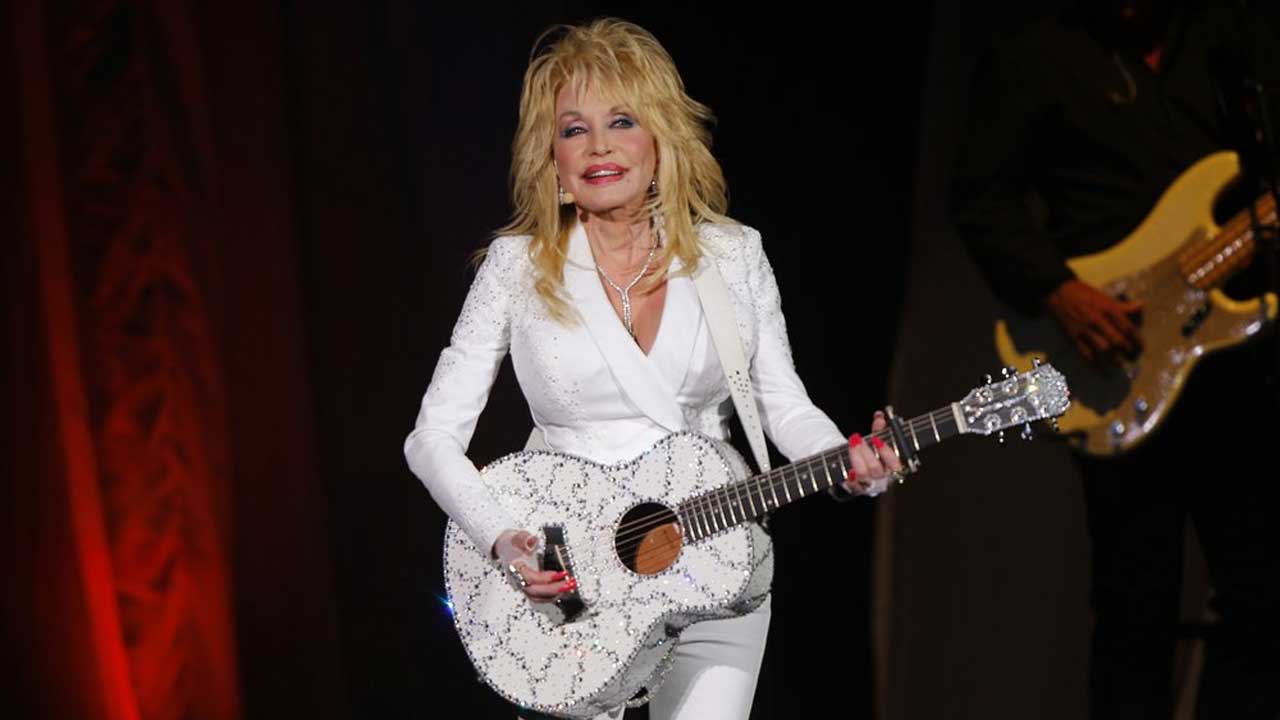 Dolly Parton laughs at the idea that she is some sort of secret philanthropist.

Sure, social media sleuths did piece together this week that the country superstar had been quietly paying for the band uniforms of many Tennessee high schools for years.

And yes, it did take decades for her to reveal that she used the songwriting royalties she earned from Whitney Houston’s version of “I Will Always Love You” to purchase a strip mall in Nashville in her honor and to support the surrounding Black neighborhood. Oh, and it did eventually come out that Parton had donated $1 million for research that helped create the Moderna vaccine for COVID-19.

“I don’t do it for attention,” she told The Associated Press in an interview, shortly before she received the Carnegie Medal of Philanthropy at Gotham Hall in New York City Thursday night. “But look! I’m getting a lot of attention by doing it.”

In fact, Parton believes she gets too much attention for her philanthropic work – which ranges from promoting childhood literacy to supporting those affected by natural disasters and providing numerous college scholarships through her Dollywood Foundation.

“I get paid more attention than maybe some others that are doing more than me,” Parton said, adding that she hopes that attention inspires more people to help others.

In her Carnegie Medal of Philanthropy speech, Parton said she doesn’t really have a strategy for her donations.

One need Parton does focus on filling is fostering a love of reading in children. Her Imagination Library initiative sends a free book every month to children under five whose parents request them. Currently, Parton sends out about 2 million free books each month.

“This actually started because my father could not read and write and I saw how crippling that could be,” she said. “My dad was a very smart man. And I often wondered what he could have done had he been able to read and write. So that is the inspiration.”

That program continues to expand. And last month, the state of California partnered with Imagination Library to make the program available to the millions of children under five in the state.

“That is a big deal,” she said. “That’s a lot of children. And we’re so honored and proud to have all the communities that make that happen because I get a lot of glory for the work a whole lot of people are doing.”

Parton said she’ll accept that attention because it furthers the cause. “I’m proud to be the voice out there doing what I can to get more books into the hands of more children,” she said.

Eric Isaacs, president of the Carnegie Institution for Science and a member of the medal selection committee, said Parton is a “tremendous example” of someone who understands the importance of philanthropy.

“Everyone knows her music,” he said. “They might know Dollywood for entertainment, more broadly. But now they’re going to know her for her philanthropy, which I’m not sure they have before.”

If Parton didn’t make philanthropy a priority in her life, it could be difficult to balance it with all her other pursuits.

She released “Run, Rose, Run,” a best-selling novel co-written with James Patterson, in March. She filmed the holiday movie “Dolly Parton’s Mountain Magic Christmas” with Willie Nelson, Miley Cyrus and Jimmy Fallon for NBC. And she will be inducted into the Rock and Roll Hall of Fame on Nov. 5, alongside Eminem, Lionel Richie and Pat Benatar – an honor she initially declined, but then graciously accepted.

“I’m ready to rock,” she said, adding that she has already written a new song, especially for that ceremony in Los Angeles.

But Parton is also ready to expand her philanthropic work. This year, she launched the Care More initiative at her Dollywood Parks and Resorts, which gives employees a day off to volunteer at a nonprofit of their choice.

“I think it’s important for everyone to do their share to help their fellow man,” she said. “This world is so crazy. I don’t think we even know what we’re doing to each other and to this world.”

Parton says she hopes the day of service will let people realize that “when you help somebody, it helps them, but it can help you more.”

“That’s what we should do as human beings,” she said. “I never quite understood why we have to let religion and politics and things like that stand in the way of just being good human beings. I think it’s important from that standpoint just to feel like you’re doing your part, doing something decent and good and right.”

Associated Press coverage of philanthropy and nonprofits receives support through the AP’s collaboration with The Conversation US, with funding from Lilly Endowment Inc. The AP is solely responsible for this content. For all of AP’s philanthropy coverage, visit https://apnews.com/hub/philanthropy.

Dolly Parton Donation Strategy: ‘I Just Give From My Heart’