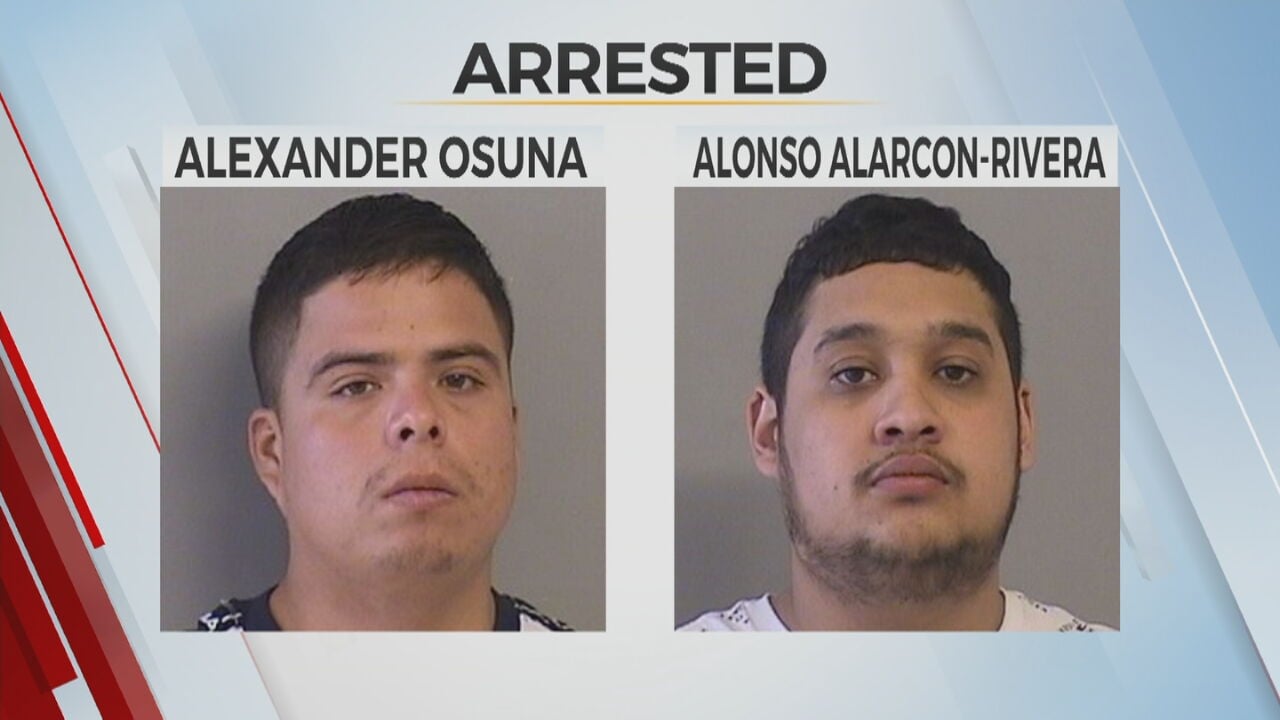 Deputies from the Tulsa County Sheriff's Department say two men are in jail after a task force arrested them for allegedly trafficking drugs.

Tulsa County Deputies say several agencies helped in the investigation that led to the arrests of Alonso Alarcon-Rivera and Alexander Osuna on Thursday.

According to deputies, they seized 60-grams of heroin and nearly half a pound of fentanyl.

Deputies say they also seized $7,000 in cash and two guns, one of which was stolen.