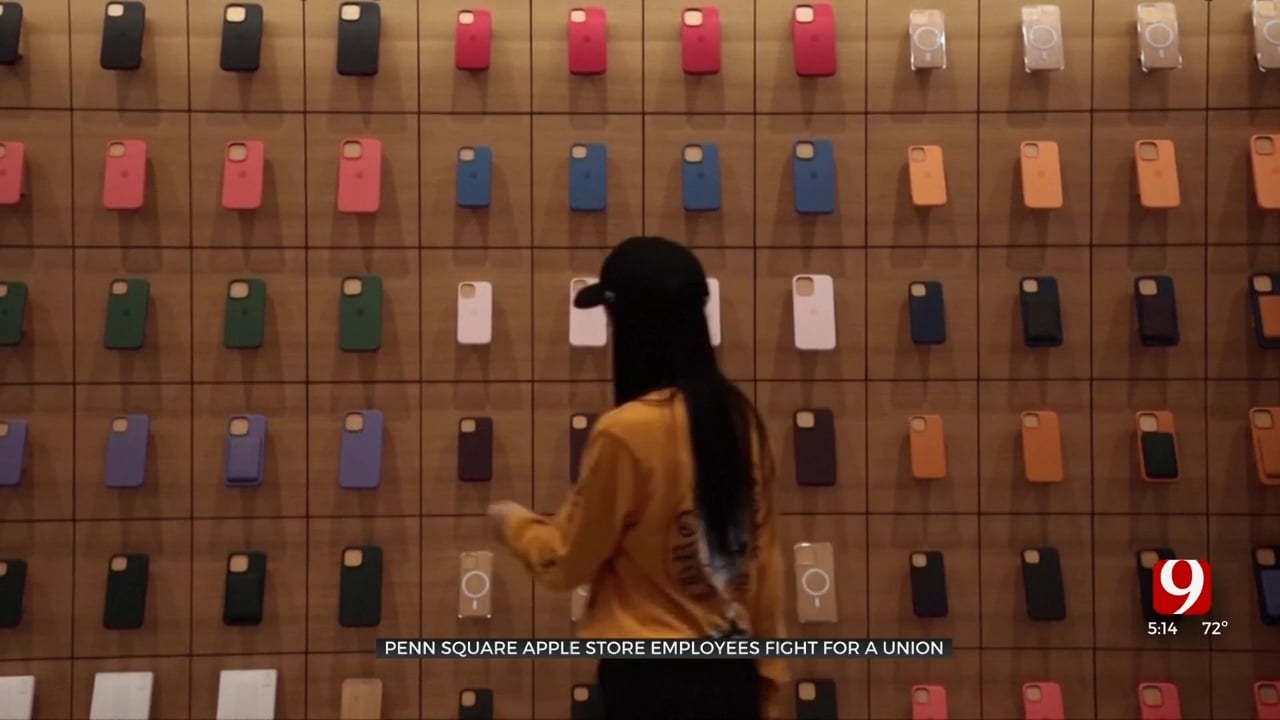 A second wave of workers have started to organize nationwide, and an Oklahoma store is one of those that led the charge.

Apple employees at Penn Square Mall will vote to unionize this week.

The workers at the mall’s location said they're the only Apple employees within a couple hour drive. A majority of Oklahoma shoppers are funneled to that single location. It's one of a few reasons they want to unionize.

The stores at Penn Square Mall aren't apples to apples.

"Apple is a unique environment and a unique retail space, and that just makes it that we get so much more traffic," said Apple employee, and union organizer Kevin Herrera.

Herrera said the busy storefront has him stretched thin.

"My last name is Herrera. I am a bilingual speaker. I do speak Spanish. Spanish is my first language."

"He's stretched so thin because he's one of only of a few multilingual people in his store."

"My experience has been bilingual pay, how much I use it." Kevin added, "I, as a bilingual speaker, want to give that part of Apple to our community so they can have the same experience as our English speakers have. When it was Mother's Day, I had a line of one hour and a half people waiting to speak to me because I was the only bilingual speaker in the store at the time," Kevin continued.

"It takes an average of three years for my peers and my colleagues to transition into a full-time role. I don't know about anyone else but it's hard to support a family on a part-time income," he explained.

News 9 did reach out to Apple, but was not provided a comment. Kevin said the corporation has pushed back on their efforts.

"There's definitely been meetings, there's been walks and talks. There's been instances where I have even felt under the pressure, under the stress and it's really hard to navigate those meetings," said Kevin.

Right now, only one store has unionized. It's located outside of Baltimore.

Penn Square and two others, one in Buffalo, N.Y. and another in Atlanta, Ga. are now in the process.

"From there was like hey let's do this. Let's ask for better," said Kevin.

Their vote will span two days, the first ballots will be cast on Oct. 13.