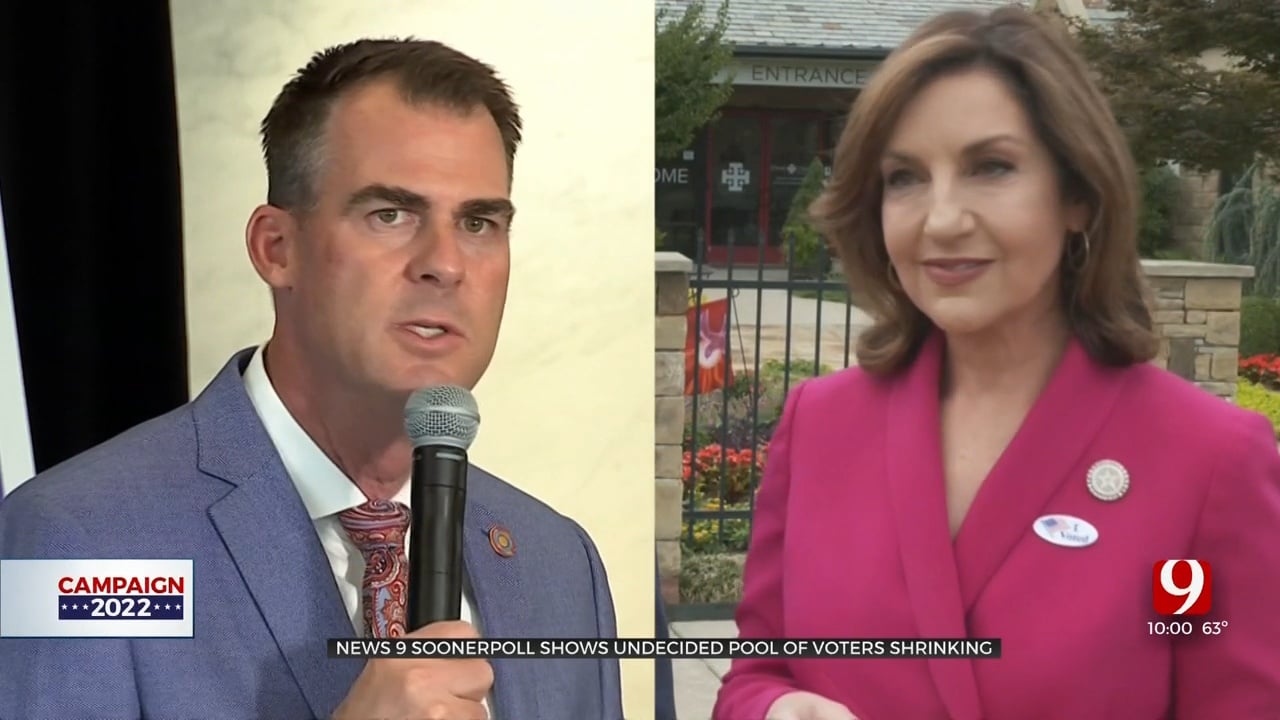 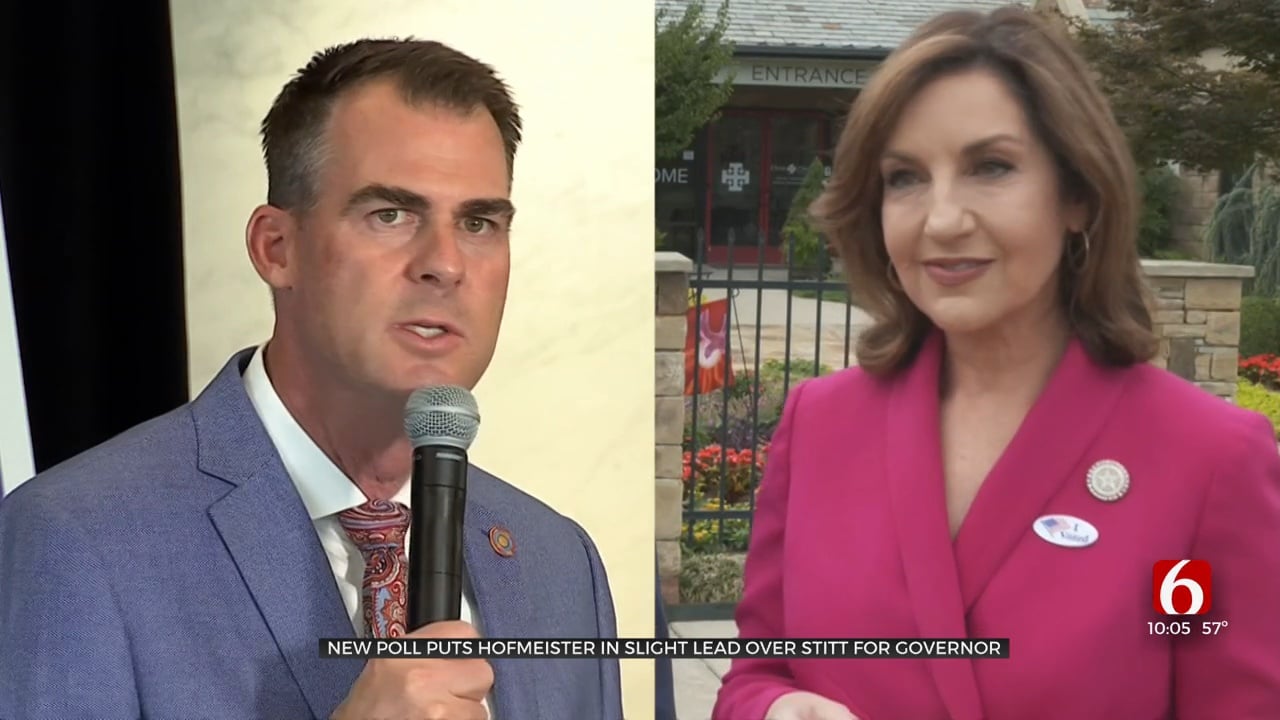 The exclusive News 9 / News On 6 poll, conducted between Oct. 3 and 6, shows Hofmeister with nearly a 4-point lead one month from Election Day. Among those polled, Hofmeister got 46.8 percent of the vote, while Stitt got 43 percent. Libertarian Natalie Bruno got 2.3 percent, and Independent Ervin Yen got 1.3 percent. Likely Oklahoma voters were polled, and the poll has a plus-minus of 5.65 percent meaning that the Hofmeister-Stitt figures are within the margin of error.

Those polled indicated that they would support former President Trump for re-election if he decided to run in 2024 by a 52.7 to 40.8 percent margin. They also hold a 55.9 percent unfavorable rating of President Joe Biden.

Kyle Loveless, the chief operating officer of SoonerPoll, which executed the poll on behalf of News 9 / News On 6, said one key to reading these results could be in looking at the favorables and unfavorables of both Gov. Stitt and State Supt. Hofmeister. Stitt's favorables come up to 45.1 percent. However, his unfavorables are at 53.8 percent with only 1 percent of Oklahoma voters undecided about the governor.

Hofmeister's favorables are at 50.7 percent as of Oct. 7, and her unfavorables are at 43.3 percent - 10 percent lower than Stitt's. However, 5.9 percent of Oklahoma voters are undecided about Hofmeister, and Loveless said that's key to interpreting the numbers.

Hofmeister released the following statement in response to the poll: "We launched this campaign one year ago today, and I’m proud to have earned the support of many Oklahoma veterans, parents, teachers and business leaders. Through it all, my reason for running has never changed. I believe Oklahoma belongs to the people, and by working together we can achieve more for our families.”

Gov. Stitt’s campaign manager, Donelle Harder, released the following statement in response to the poll: “With an unprecedented amount of profit from special interest dark money TV ads attacking Gov. Stitt, News 9 has bought a poll with outcomes that court more political TV ad spending, yet we are confident Governor Stitt has the support of Oklahomans by a landslide.”