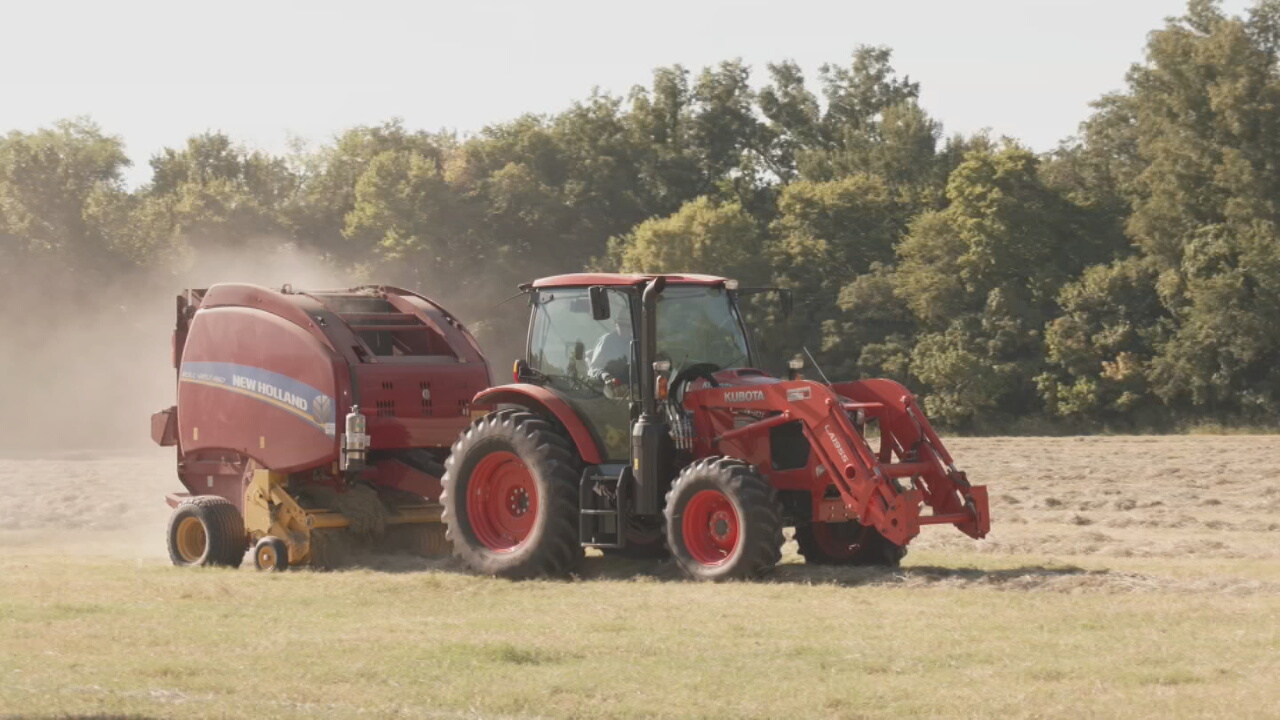 The cost to buy hay in Oklahoma is spiking as much as three times its usual price.

The rising cost is not only affecting farmers and ranchers; it's also going to hit your wallet at the grocery store. Rancher Ron King says hay shouldn’t easily split in half because it should have moisture in it. King said that means it’s not as nutrient-rich for cattle, and it keeps getting stuck in his machine, causing it to constantly break down.

"This is by far the toughest year I've seen," said King. "When it rained so hard in the spring, this field that you're standing in was under about 3 feet of water and that set back the hay production, and then it quit raining."

King said now everything is dry.

"On this field here, we normally bale about 60 bails per cut, and I'll be lucky to get 15 today," said King.

"On the baler here our net wrap, what I was paying 200 dollars a roll last year we're paying 350 this year. Diesel gas is over twice what it was last year, and a lot of people just can't afford to produce and cut the hay," said King.

That drives the price up even more.

King fears there won't be enough hay for the winter.

"There's a lot of small farmers and ranchers like myself that are having to get rid of their cattle. They're flooding the market with it, which drives the price down," said King.

Inflation is keeping prices high at the store, and King thinks next year, it'll be even more expensive when ranchers buy their cows back.

"Price of meat, beef is high. and I don't see it coming down. It's just gonna stay that way for probably a while until everything can kind of correct itself," said King.

Experts said another problem is ponds and creeks that supply water for animals are drying up since there haven’t been any good "runoff" rains.