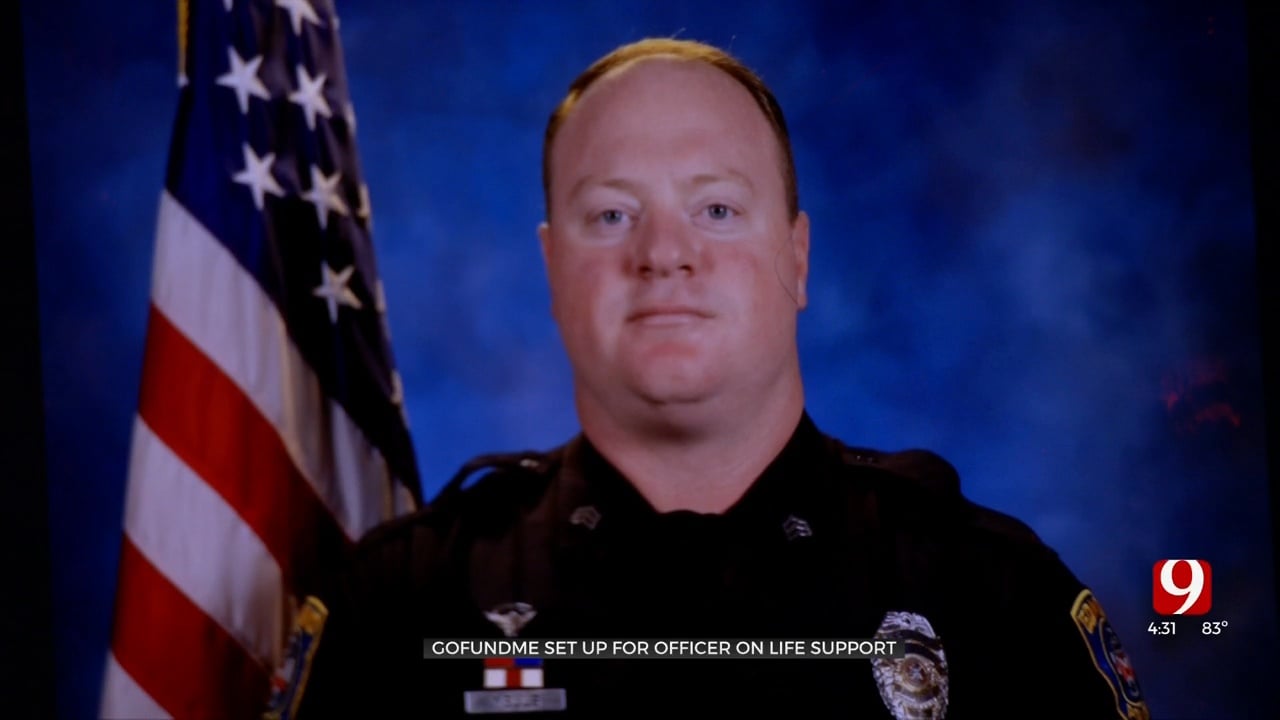 An online fundraiser has been set up to help an Edmond police officer who is on life support after a suspect crashed a vehicle into him.

As of Wednesday evening, the GoFundMe page to benefit the wife of Sgt. Joe Wells had raised $5,625.

Wells was injured Sept. 23 when a suspect led a high-speed chase crashed his vehicle into Wells while the officer was on his motorcycle. Wells was thrown into a ditch.

The Edmond Police Department said on Oct. 3 that Wells was still in critical condition and on life support.

"Having a friend that's hit like this and really attacked - very sad,” Wells’ friend, Jeff Lindsey, said. “It's the injuries he has that's going to be a long time for his recovery.”

"He's working hard to be a better person as far as health-wise and also invested in himself and the community," said Lindsey. "He donates his time. He helps with the charity events."

Lindsey recalled that he coached Wells for a charity MMA event in which Wells competed against a firefighter.

Since then, the two have bonded, over not just combat sports, but motorcycle road trips.

"We just went on a trip in June to the Smoky Mountains," Lindsey said.

Now, the only trip Lindsey wants for Wells is a trip back home to his wife and two kids.

"I know you're going to work hard and get past this, brother," Lindsey said.

The money raised will help Wells' wife, Cheridan, with household and living expenses since she will need to take time off work, the organizer wrote.