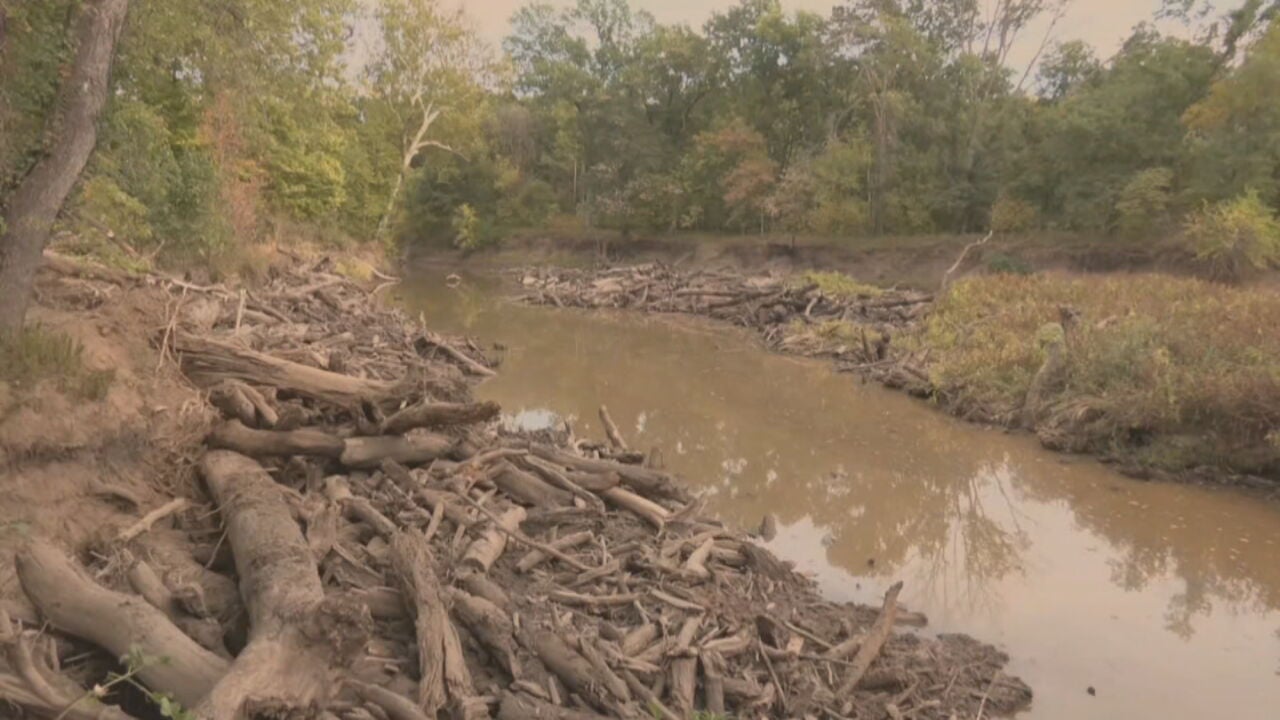 There's some good news for folks facing a water shortage in Caney, Kansas.

The city just north of the Oklahoma state line has struggled though the drought and had to cut down water usage severely for weeks and part of the problem was decades in the making.

For about 40 years, a log jam on the Little Caney River has been building, until this week. Crews have come out and started clearing out massive sections of the jam, opening up waterflow.

The Little Caney River is the city's main source of water, but low levels have brought on major problems for years. City Administrator Kelley Zellner said the solution was just out of reach all along.

“The water has difficulty getting through the log jam and getting to the intake on the water plant. So what it does is sets there and evaporates and you know when we’re hitting 100-degree weather it evaporates pretty quickly," he said. “People would say well you know they would do the same thing and get real serious until it rained. And then they’d put away all the plans and then same with the log jam. But this time, I think it’s really important that we quit kicking the can down the road."

It'll hopefully lead to the easing of drastic water cuts city residents have had to make.

Caney Valley Schools Superintendent Blake Vargas said the school shut down water fountains and brought in bottles, encouraged using hand sanitizer instead of soap and water, and even brought in porta-potties on gamedays to curb toilet use.

“We have to do our part as the largest consumer of water in the area, everything that we can do is only going to help out the city overall," he said.

With the jam cleared, the next rain could get the city out of severe conservation mode.

Zellner said the move combined with new efforts to find a more drought-proof source could prevent the severe shortage from happening again.