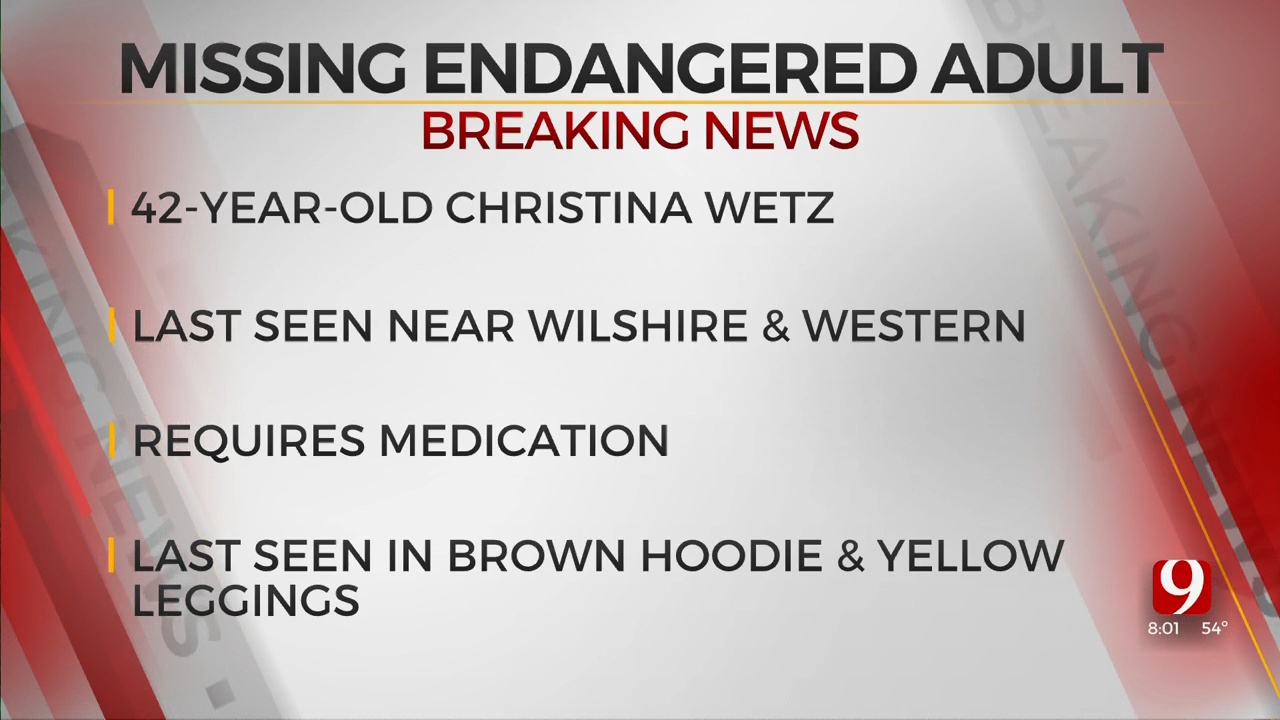 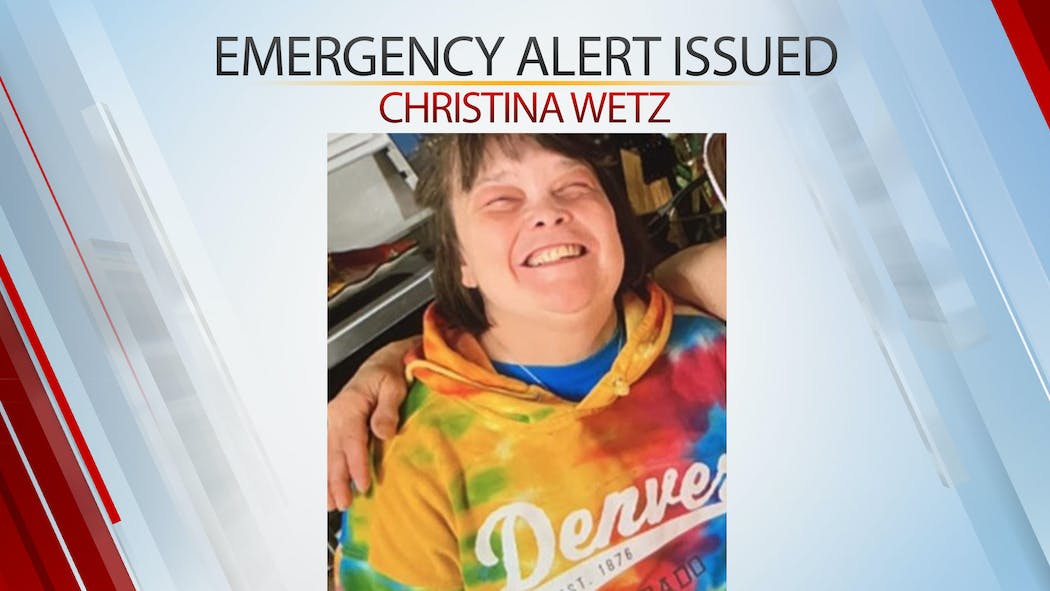 Christina Wetz was found safe, according to Oklahoma City police.

**The previous report can be read below**

An emergency alert has been issued for a missing endangered 42-year-old in Oklahoma City.

OHP said she was last seen wearing a brown hoodie and yellow leggings.

Wetz recently had a heart surgery and requires medication, according to troopers.