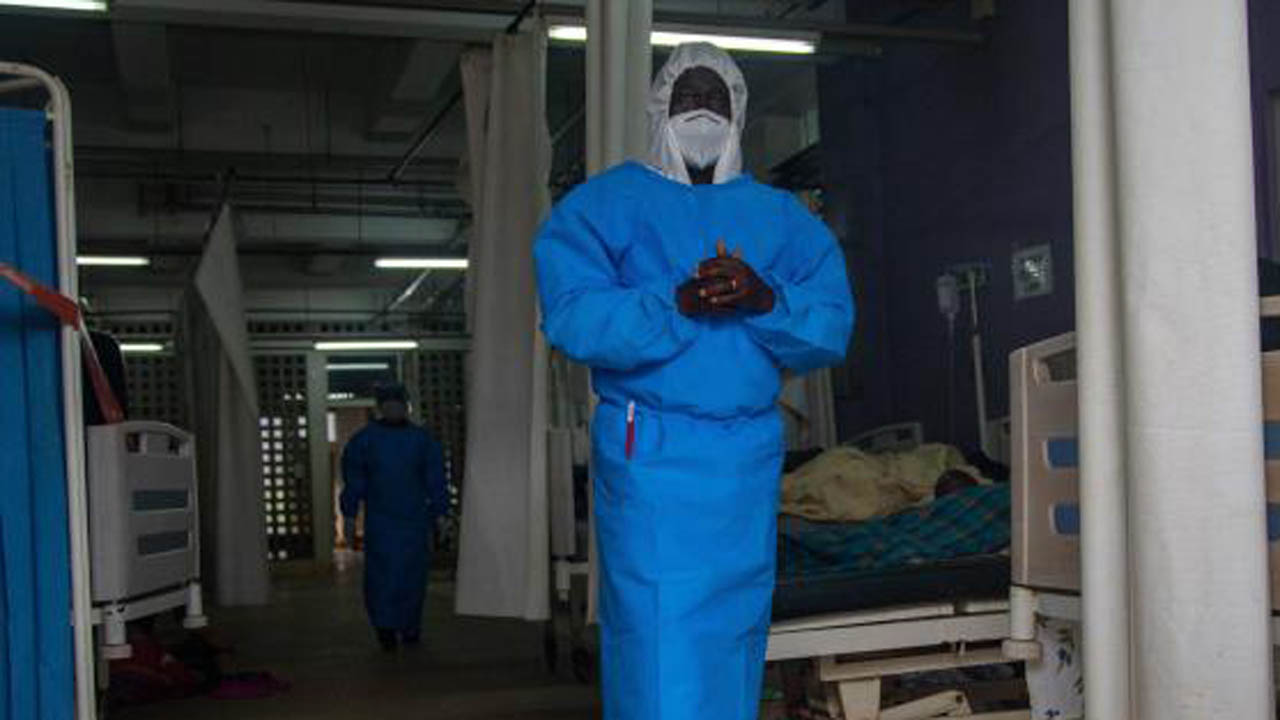 Two weeks ago, a 24-year-old man in Uganda felt ill. He went to a private clinic several times between September 11 and 13 with a high fever, convulsions, blood in his vomit, pain and swelling everywhere, and bleeding in his eyes.

He returned several times with the same symptoms, to report they were not improving. Local health officials finally referred him to the Regional Referral Hospital on September 15 and isolated him as a suspected case of viral hemorrhagic fever. Blood samples were taken that day, and eight days after he first went to the local Madudu clinic, he died. That same day, a lab confirmed he had the Sudan ebolavirus.

Health authorities sent a team to the village to investigate and found what World Health Organization officials have described as "a number" of community deaths attributed to an unknown illness.

Locals described a strange illness, with sudden deaths. According to the Africa Centers for Disease Control and Prevention, officials confirmed that some of those mysterious deaths were in people who had contact with the 24-year-old man. The deaths are now also classified as probable Sudan ebolavirus cases.

As of Wednesday, authorities still were not sure whether the 24-year-old man was the first person infected, or if the "index case" was one of the other people who died in the area.

"I see it getting worse before it gets better," Dr. Christopher Mabula, who runs operations for the French charity Doctors Without Borders in East Africa, told CBS News on Wednesday.

He said the 24-year-old man had visited three different health facilities servicing three different bordering districts before he died, vastly increasing his possible human contacts. The man's village is also located near an active gold mine, and such sites typically draw a large number of workers from other regions, even from outside the country, with high turnover.

"Symptoms can take between two and 21 days to develop, and with Uganda's excellent road infrastructure, newly infected people could travel in any direction for some time before becoming symptomatic," noted the doctor.

Mabula said that would make tracing all known contacts significantly more difficult than it has been during previous Ebola outbreaks in neighboring Congo, where poor infrastructure makes it easier to contain cases.

Ugandan Ministry of Health Officials said Tuesday that a total of 36 cases, including 18 confirmed and 18 more listed as probable, had been reported. There were 23 deaths within that number, five among confirmed cases and 18 among probable ones. Officials have confirmed to CBS News separately that five people are confirmed to have died of Ebola during the current outbreak in Uganda. They say there are 19 other confirmed cases.

Uganda's Medical Association said six of the confirmed cases were health care workers who have fallen critically ill after catching the virus while working with the known or probable cases. The head of the association said doctors and nurses were very concerned and at high risk of infection due to a lack of personal protective equipment.

Rosemary Byabashaija, the Mubende Resident District Commissioner who doubles as the head of the district's Ebola taskforce, said authorities had tightened security at the hospital after rumors circulated that some patients suspected of having Ebola wanted to leave the isolation facility.

Dr. Jane Ruth Aceng, Uganda's Minister of Health, said in a tweet on Wednesday morning that there were no confirmed cases of the virus in the capital Kampala, and she appealed for the public "to remain calm and vigilant."

The WHO, Africa CDC and various NGOs have scrambled teams to the area to support Uganda's Health Service.

President Yoweri Museveni addressed the nation Wednesday evening, ruling out lockdowns and other restrictions to movement as the country battles the outbreak. He sought to reassure his nation, stressing that the disease does not spread as easily as COVID-19, and can be controlled by avoiding contact, maintaining personal hygiene and seeking medical treatment as soon as symptoms are detected.

Sudan ebolavirus disease was first reported in Southern Sudan in June 1976. Seven outbreaks have been reported since: four in Uganda and three in neighboring Sudan. The deadliest outbreak in Uganda so far was in 2000, when more than 200 people died.

The virus is introduced into human populations through direct contact with infected animals. It spreads through bodily fluids including saliva and blood. Fruit bats, primates, forest antelope and porcupines have all been suspected carriers.

The virus incubates in humans for between two and 21 days and can only be spread once the carrier develops symptoms.

There are no licensed vaccines or therapies for the treatment or prevention of Sudan ebolavirus disease. According to the WHO, the ERVEBO vaccine, which has been used in recent responses to outbreaks of other Ebola strains, will not provide cross-protection for the Sudan virus.

There are six candidate vaccines against Sudan ebolavirus in different stages of development, but none are near the final phases of broad clinical trials. The WHO has said its research teams are in contact with all of the vaccine developers, in what the organization calls a "collaborative effort" to see if any are suitable for further evaluation during the current outbreak.

Health officials tell CBS News that the WHO, Africa CDC and other agencies are "talking" about the possibility of running some trials on people who have been admitted to hospitals in the country.