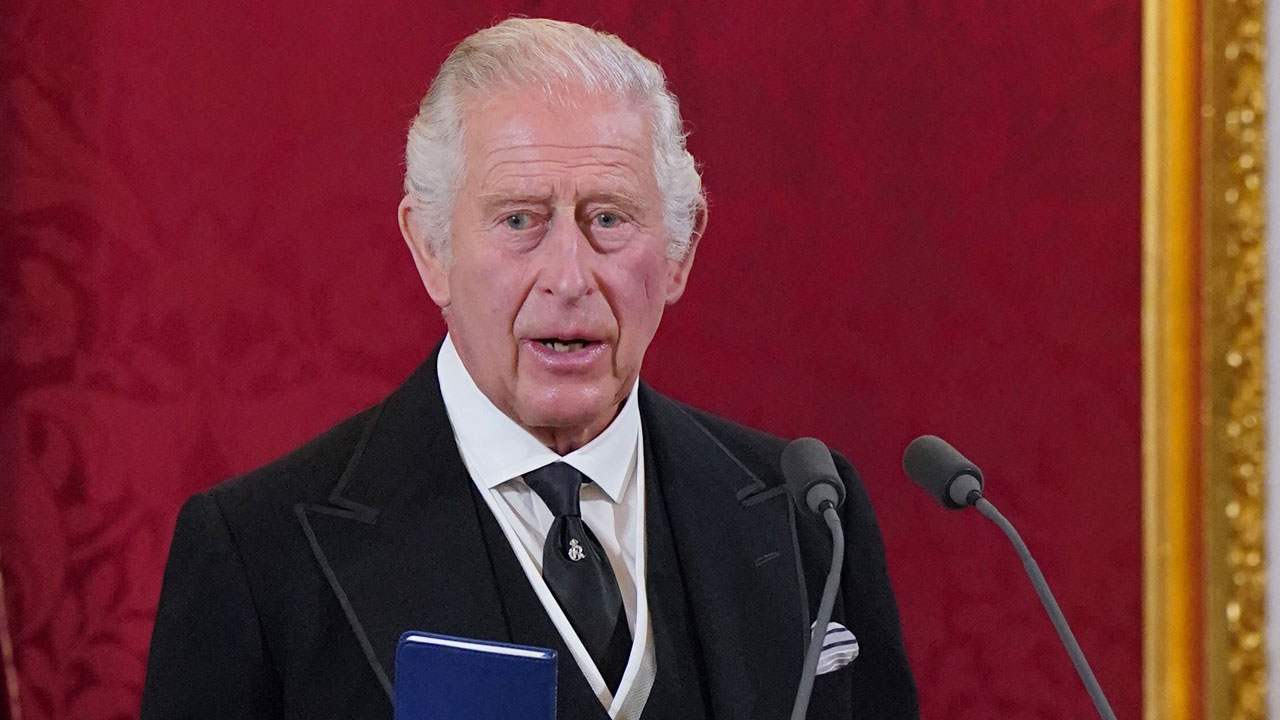 King Charles III's new monogram was revealed Tuesday as the official period of mourning for his mother, Queen Elizabeth II, came to a close. The emblem, known as the king's cypher, will appear on government buildings, state documents and some post boxes in the coming months and years.

It features the initial C intertwined with the letter R for Rex, the Latin word for king. The Roman numeral III sits in the center of the R and a crown hovers above the letters. The symbol was selected from a series of designs prepared by the College of Arms, a 500-year-old body that oversees the issuance of new coats of arms and other aspects of heraldry in England. A Scottish version of the cypher features the Scottish Crown, and was approved by Lord Lyon King of Arms, who has similar responsibilities in Scotland.

Also Tuesday, the Bank of England said it would reveal images of new bank notes featuring a portrait of the king by the end of this year.

Old coins and bank notes featuring images of Queen Elizabeth II will be replaced only as they wear out, so initially currency bearing pictures of both monarchs will circulate in tandem, the central bank said.

The new notes will enter circulation by mid-2024, the Bank of England said in a statement.

Polymer bank notes featuring the royal images are replacing those made of paper. Paper £20 and £50 notes will be withdrawn from legal tender after Sept. 30, the Bank of England has said, adding that people should either use them or deposit them before that time. Starting Oct. 1, the paper currency will no longer be able to be used to pay businesses, although many banks in the U.K. will accept them as deposits.

Li Cohen contributed to this report.