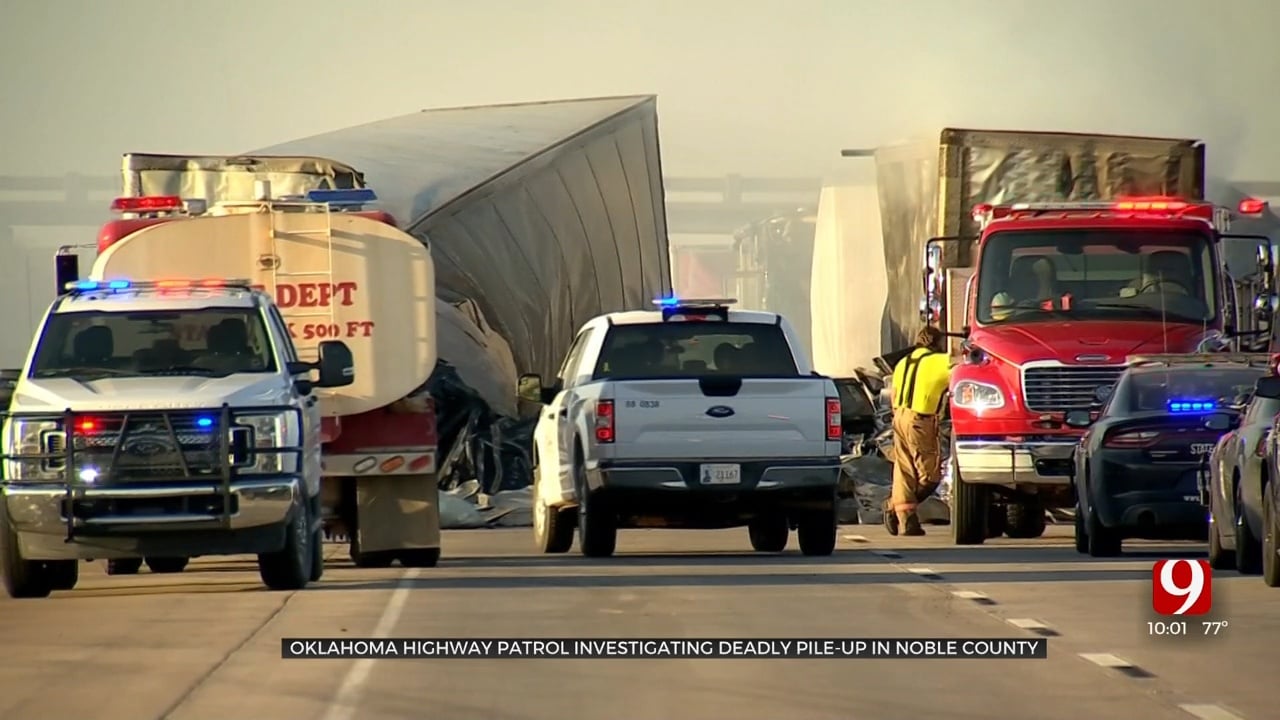 At least one person was killed and several others were critically injured in a pile-up on I-35.

According to troopers the collision occurred in the southbound lanes near the Billings Exit in Noble County.

Southbound traffic was closed for more than seven hours.

“I'm a trucker stuck in the backup from the wreck going on now,” said truck driver Jackson Willibey.

“I’m sitting in traffic about two football fields back because of an accident,” said semi-truck driver Denver Young.

Jackson Willibey and Denver Young were southbound on I-35 when they said their radios alerted them of a bad wreck up ahead.

“You could hear everybody on the radio saying there was a bad wreck, a few semis got tangled up and they all caught on fire, just a bad deal,” said Willibey.

According to troopers the driver of a semi-truck became blinded by smoke from a grass fire and attempted to pull over.

“He stated that he turned on his hazards lights, started to slow and pull to the right shoulder to get out of the way, and started to feel impacts in the back of the truck,” said OHP trooper Eric Foster.

According to reports, a violent chain reaction of collisions followed and then continued after a semi was pushed across both lanes of traffic.

“You couldn’t even see the firetrucks’ lights through the smoke, it was just so thick on both sides of the road. The bar ditch, on the other side, just everywhere,” said Willibey.

“From a fireman, he said there were two people still in there that they couldn't get out due to it still burning,” said Young.

At the time of the collision OHP confirmed one fatality.

According to OHP one of the vehicles involved was a semi-truck loaded with candles. With concerns of a possible reignition, the truck along with several other vehicles were left on the highway to cool down.