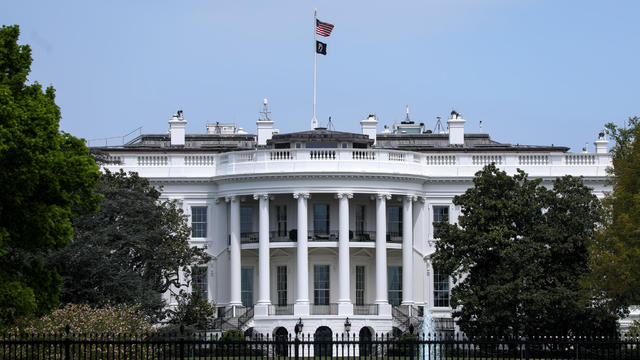 The rioter who Denver Riggleman, former senior technical adviser for the Jan. 6 Committee, said was called by the White House on Jan. 6, 2021, is 26-year-old Anton Lunyk, CBS News has learned. Lunyk is from Brooklyn, New York, and traveled to Washington, D.C., the night before the Capitol attack with two friends, according to Justice Department court filings.

The call to Lunyk's phone at about 4:30 p.m. allegedly lasted just nine seconds. It's not known whether there was an exchange or if the call went to voicemail.

A CBS News review of Lunyk's court case found he left the Capitol more than an hour earlier at 3:18 p.m., after about 10 minutes inside the building.

Lunyk's attorney did not immediately respond to requests for comment. CBS News has reached out to former President Donald Trump's spokesperson for comment.

Riggleman, who is also a former congressman, said in a "60 Minutes" interview last week that the White House switchboard had connected a call to a rioter's phone the day of the attack on the Capitol.

"You get a real 'A-ha' moment when you see that the White House switchboard had connected to a rioter's phone while it's happening. That's a big, pretty big 'A-ha' moment," Riggleman told "60 Minutes" correspondent Bill Whitaker.

"I only know one end of that call," Riggleman said. "I don't know the White House end, which I believe is more important."

The news comes ahead of the House Select Committee's next public hearing on Wednesday. The committee has not yet said if any witnesses will appear or what the hearing will focus on.

In a series of blockbuster hearings over the summer, the committee released never-before-seen footage from the attack and video testimony from those in Trump's inner circle. Witnesses also testified in person about what they saw or experienced around the time of the attack.

"I think that it's fair to say we all knew that the White House was somehow involved with Jan. 6 on the very day that the insurrection was happening," Rep. Raja Krishnamoorthi, a Democrat, told CBS News. "So any information about this particular phone call would help to develop that narrative further."