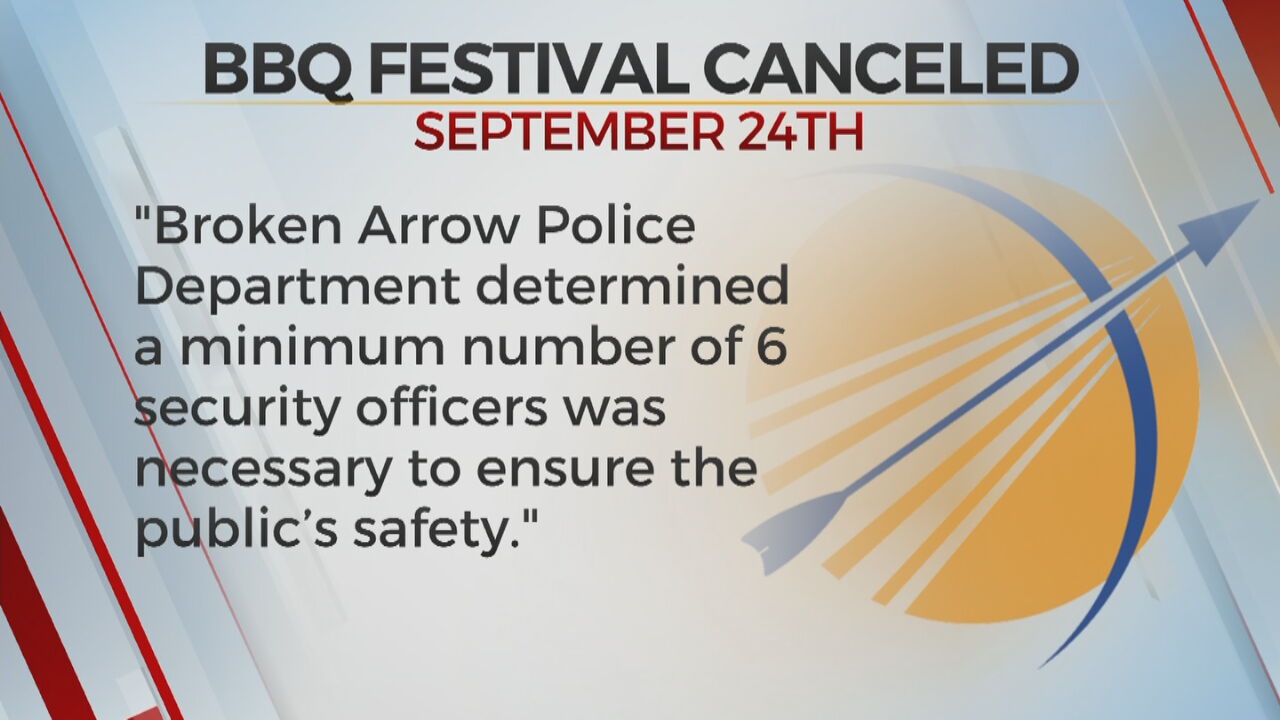 The City of Broken Arrow says it had to abruptly cancel a barbecue festival this past weekend because the organizer didn't hire enough security and sanitation workers to meet the city's requirement.

The city says Broken Arrow Police recommended a minimum of six security officers for the event and in the days leading up to the festival, they reminded the promoter three times about security, and say he was not concerned with getting enough people.

According to the city, just two minutes after the gates opened, the organizer said he had no security coming, so the city canceled the event.

Broken Arrow says police could have helped with security if the organizer had told them he was having issues earlier.

Click Here to read the full statement about he cancelation from the city of Broken Arrow.