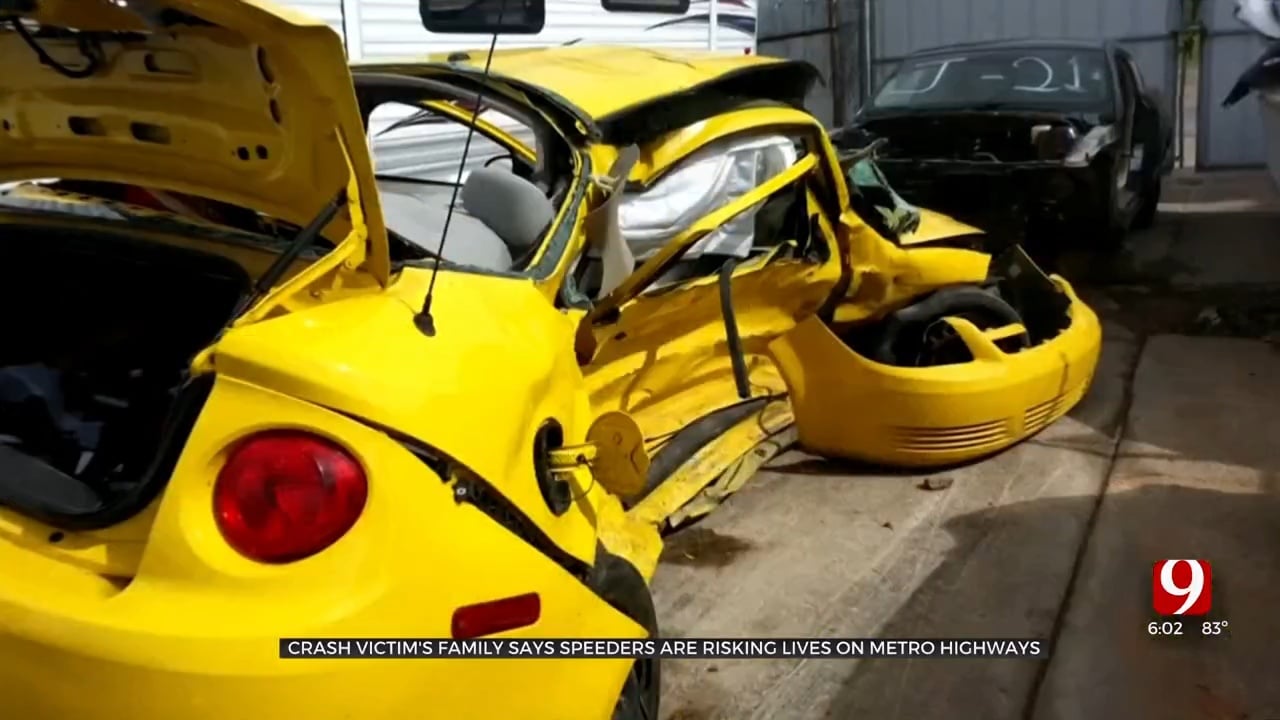 A woman who lost several loved ones in a crash is urging people to drive responsibly after police recently caught several motorists exceeding 100 miles per hour.

LaJan Fields said she is very concerned about such speeders, given that she lost her son, her granddaughter, and the child's mother to a speeding driver seven years ago.

Fields said on April 6, 2015, Demetrius Price was driving drunk and going up to 90 mph when he ran a red light and t-boned the car carrying Jason Fields, his girlfriend, Shannon West, and their daughter, Ruby, killing all three. The crash happened at the intersection of Reno and Rockwell avenues.

"Disbelief," Fields recalled. "This can't be happening. That's not my babies."

Ruby was just 22 months old when she died.

"No first day of school for Ruby. No new little brother or sister. It was all taken from us," Fields said.

Fields believes that had Price not been speeding, her family would have made it.

"The chances were great that Jason and Ruby would have walked away with just some bumps and bruises," said Fields.

Fields said the penalties should be more severe.

"They are risking the life of every person on the road with them," she said.

As for Price, he pleaded guilty to three counts of manslaughter and is serving three life sentences. Meanwhile, Fields continues to speak at events across Oklahoma about the impact of speeding.

"We love you kids so much and we hope we're making you proud," Fields said. "We miss you."