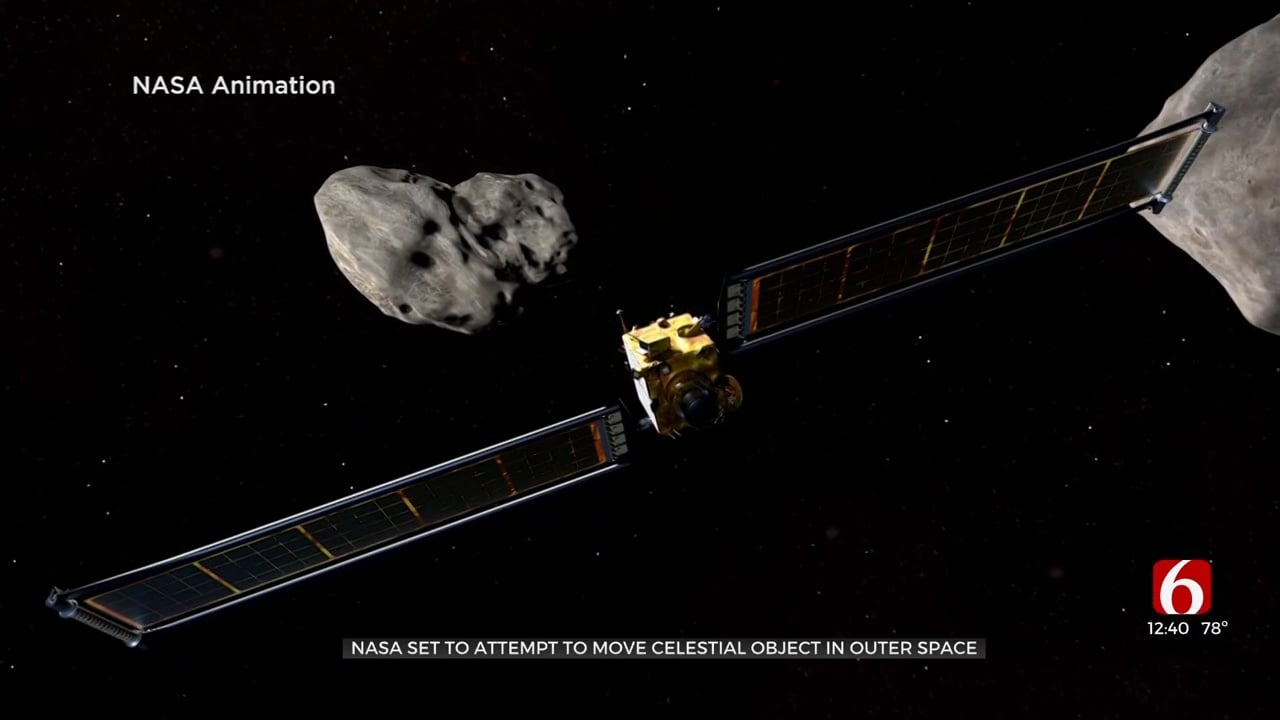 A spacecraft will complete a 10-month flight through the solar system, and intentionally collide with a harmless asteroid. It's a test for a potential real threat far in the future.

Back in November, NASA launched Earth's first planetary defense mission, called DART – the first, unless you include Hollywood. In the 1998 sci-fi thriller "Armageddon," our planet's in big trouble, the bullseye for a Texas-sized asteroid. Earth's only defense? Bruce Willis.

The job of the real-life Bruce Willis, NASA's planetary defense officer Lindley Johnson, is finding asteroids in our solar system before they find us.

More than 27,000 near-Earth asteroids have been identified so far. About 10,000 of them look large enough to cause damage if they struck Earth.

Correspondent Mark Strassmann asked, "As it now stands, how vulnerable is the Earth to one of these objects?"

"To a large object, there is currently nothing to stop it," Johnson replied.

Which brings us to DART, the Double Asteroid Redirection Test, a spacecraft designed to crash purposely into an asteroid.

Planetary scientist Nancy Chabot, who leads the DART coordination team at NASA's Goddard Space Flight Center in Laurel, Md., showed Strassmann tonight's test target: a harmless double-asteroid nearly seven million miles away. "The DART spacecraft is going to come in at 15,000 miles per hour and hit it pretty much head-on," she said.

That impact could slow this smaller asteroid's orbit by about one percent, enough to make a hypothetical threat miss Earth.

That small nudge, said Chabot, "changes its position over time, so that the Earth and the asteroid wouldn't be on a future collision course."

No known asteroid of size threatens Earth for at least the next hundred years – a good thing: no one knows whether DART will work.

Plan B? Hollywood has some ideas....