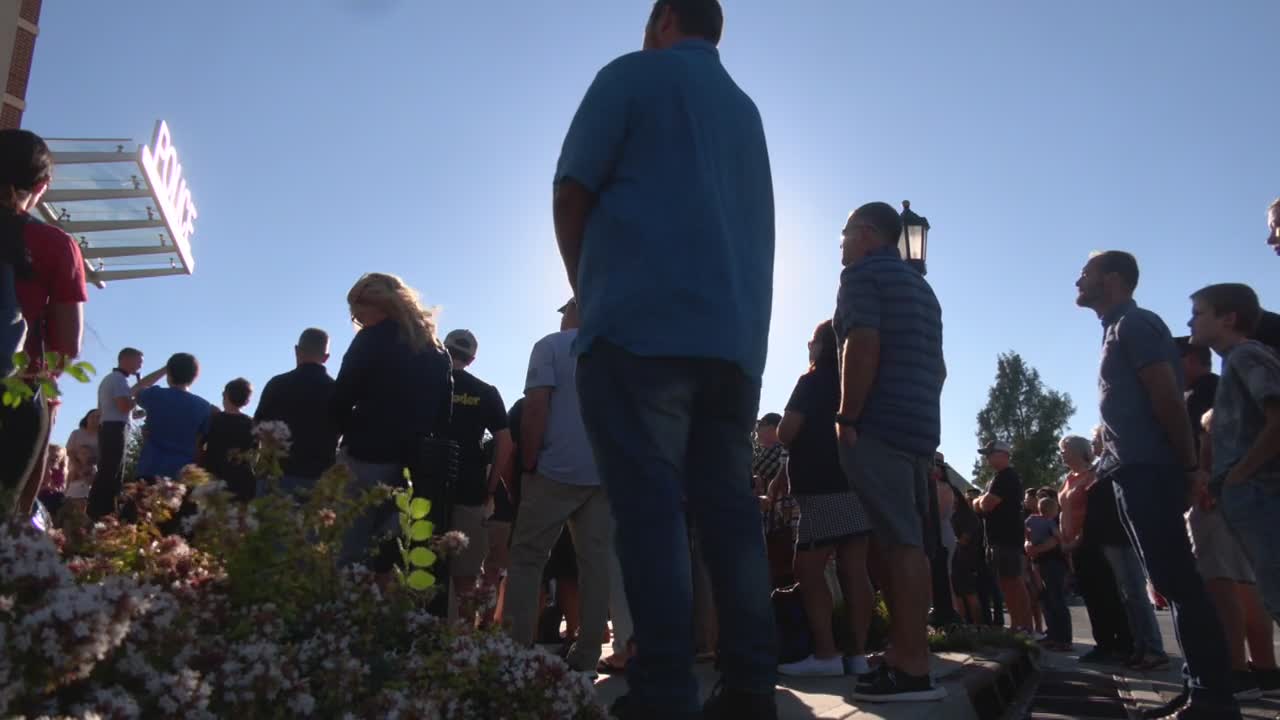 Dozens of people gathered Sunday at the Edmond Police Department to pray for one of their own. Sgt. Joe Wells shot at a chase suspect who then hit him with his vehicle. The officer was thrown from his motorcycle into a ravine Friday.

The wife of another Edmond officer organized the prayer vigil after she said she woke up Saturday morning with a heavy feeling in her heart and knew something needed to be done to lift that cloud of worry, off of the officers and the people who hope they come home at the end of every shift.

Nearly two months after Motorcycle cop, Sgt. CJ Nelson was hit and killed by a truck as he sat at a red light, a nearly identical "officer down" call went out over the airwaves.

Friday, Sgt. Joe Wells was in the middle of a chase on his own motorcycle when the suspect hit him with a truck after Sgt. Wells fired a shot. The Sergeant was thrown from his bike into a ravine.

"That was a very traumatic event for all of us and now here we do that again," said Edmond P.D.'s Lt. Mark Oak. "Just fear and anxiety has really never been an issue at least in my home and it just feels like this year it's just been a lot of that. A lot of anxiety a lot of worries when they go to work," said Emily.

Emily Morefield said she just needed to do something to let her husband and everyone else who wears the Edmond uniform know they're supported.

"I fought with it for about an hour and finally I gave in and said alright I'm going to do it. It's very much out of my comfort zone to do something like this but it was needed," she said.

Mark said, they do.

"It's uplifting to see the support of the community I'll be honest with you, that's a big deal for us. That's what keeps up going," said Lt. Oak. He added, "I'm glad I came and hopefully some people saw my face and that helped them as well just as when I saw their face."