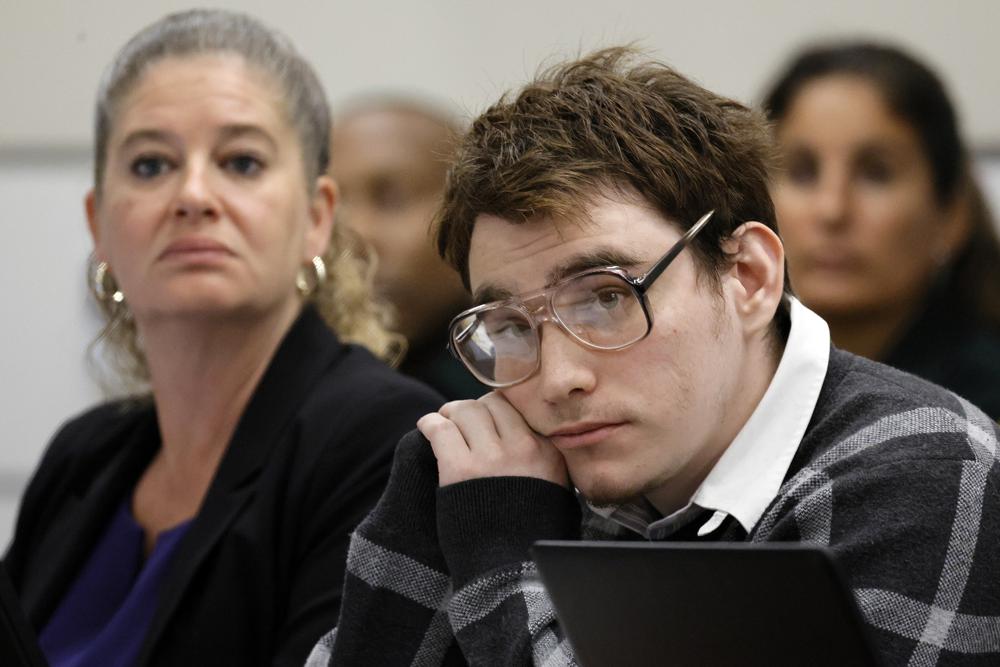 Prosecutors in the penalty trial of Florida school shooter Nikolas Cruz will begin their rebuttal case Tuesday, challenging his attorneys’ contention that he murdered 17 people because his birth mother abused alcohol during pregnancy, a condition they say went untreated.

According to the National Institutes of Health, people with antisocial personality disorder commit “exploitive, delinquent and criminal behavior with no remorse.” They usually have no regard for others, don’t follow the law, can’t sustain consistent relationships or employment and use manipulation for personal gain, the NIH says.

Prosecutors will want to reemphasize Cruz “understood exactly” what he was doing during the massacre and could “formulate and carry out a plan,” said David S. Weinstein, a Miami defense attorney and former prosecutor.

Robert Jarvis, a professor at Nova Southeastern University’s law school, said prosecution experts will also likely testify that even if Cruz’s brain was damaged by his birth mother’s drinking, that’s true of thousands of other Americans and they don’t commit mass murder.

“If they did, we would be having mass murders on an unprecedented scale,” he said.

Cruz, who turned 24 on Saturday, pleaded guilty last October to murdering 14 Stoneman Douglas students and three staff members. The seven-man, five-woman jury will decide whether he is sentenced to death or life without parole, weighing aggravating factors presented by prosecutors against the defense’s mitigating circumstances. A juror could also vote for life out of mercy for Cruz. For the former Stoneman Douglas student to receive a death sentence, the jury must unanimously agree.

Satz’s team told Circuit Judge Elizabeth Scherer their presentation could take two weeks, but Jarvis and Weinstein question whether that’s too much for a jury that began hearing evidence in July.

Jurors may be eager to deliberate, so Satz should keep the rebuttal case focused and to the point, they said.

Jarvis said lawyers too often think that if they just add more witnesses and evidence, that makes their case stronger. But in a trial like Cruz’s where the decision isn’t whether he’s guilty but what sentence he deserves, Jarvis believes that by rebuttal each juror knows his or her vote. Any reconsideration won’t come until deliberations.

“If you do a long rebuttal, that makes jurors think, ‘Maybe the defense really did score some points that I didn’t realize,’” Jarvis said.

Satz kept his main case simple, focusing on Cruz’s eight months of planning, the seven minutes he stalked the halls of a three-story classroom building, firing 140 shots with an AR-15-style semiautomatic rifle, and his escape.

He played security videos of the shooting and showed gruesome crime scene and autopsy photos.Teachers and students testified about watching others die. He took the jury to the fenced-off building, which remains blood-stained and bullet-pocked. Parents and spouses gave tearful and angry statements about their loss.

Cruz’s attorneys never questioned the horror he inflicted, but focused on their belief that his birth mother’s heavy drinking during pregnancy left him with fetal alcohol spectrum disorder. Their experts said his bizarre, troubling and sometimes violent behavior starting at age 2 was misdiagnosed as attention-deficit/ hyperactivity disorder, meaning he never got the proper treatment. That left his widowed adoptive mother overwhelmed, they said.

The defense cut their case short, calling only about 25 of the 80 witnesses they said would testify. They never brought up Cruz’s high school years or called his younger half-brother, Zachary, whom they accused of bullying.

That will limit what the prosecution can raise in rebuttal — any evidence or testimony must have some tie to what the defense presented.

Prosecutors have said they plan to show racist slurs Cruz wrote on his backpack and online and the swastikas drawn on the gun he used and the boots he wore. Although there is no contention that the attack was racially motivated, prosecutors argue the words and Nazi symbols show his lack of regard for others.

Judge Scherer rejected an attempt by Cruz’s attorneys to block the swastikas’ presentation, which they argued is unnecessarily provocative. His attorneys also complained that, despite pretrial motions they filed, Scherer did not rule they were admissible until after jury selection. That meant they couldn’t ask prospective panelists whether seeing swastikas would prejudice their verdict.

Jarvis and Weinstein said the prosecution must be careful about what rebuttal evidence they present because if they go too far they could risk an appellate court overturning a death sentence, meaning the case would have to be retried.

“As a prosecutor, there comes a point in every trial where the longer you’re up there, you’re only hurting yourself,” Jarvis said. “Have we reached that point in this trial? I think we have.”