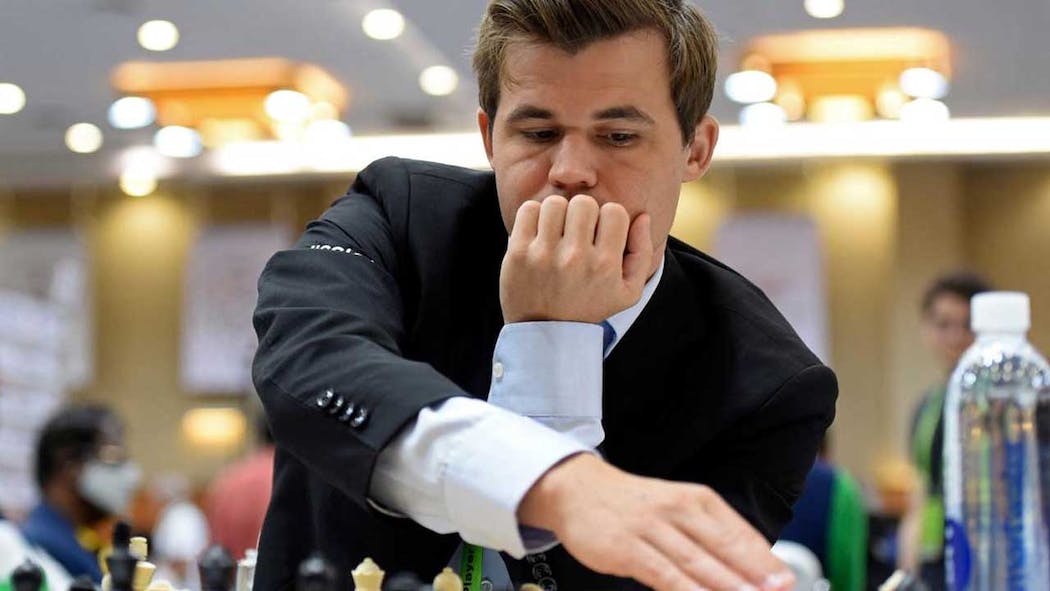 After playing just one move in a match against Niemann on Monday night in the "Julius Baer Generation Cup" online tournament, Carlsen resigned the game without a word and turned off his webcam in front of stunned commentators.

The 31-year-old five-time world champion did not give an explanation, but his gesture was seen as a further protest against the young American, 12 years his junior.

A week ago, Carlsen withdrew from the Sinquefield Cup in the U.S. after losing to Niemann, a young rising star in the chess world but who has admitted to cheating in online games in the past.

In a message that was widely understood as innuendo, Carlsen then posted a video from 2014 of coach Jose Mourinho to Twitter, then at English team Chelsea.

"I'd prefer really not to speak. If I speak, I am in big trouble," the Portuguese coach said, which many saw as a sign of protest.

However, Sinquefield Cup chief arbiter Chris Bird said there has been no evidence of cheating, Reuters reported.

"In response to the recent rumours circulating the chess world, I can confirm that we currently have no indication that any player has been playing unfairly in the 2022 Sinquefield Cup," Bird said in a statement.

The Norwegian's latest withdrawal has reignited the controversy.

"I totally understand that from Magnus' point of view because he doesn't have full trust in him because he knows about his repeated online cheating," he added.

"But that said, of course, normally when you have that situation, you kind of deal with it. You just hope your opponent doesn't cheat and you play."

"I'm somewhere in the middle. I do believe that Hans has been not the cleanest person when it comes to online chess. But he is a young guy, hopefully this will be a lesson to him," Aronian said.

Niemann had previously admitted he had not played fairly in non-competitive games on chess.com when he was younger, Reuters reported. But he has denied any cheating while playing live games.

"I have never cheated in an over-the-board game. If they want me to strip fully naked, I will do it. I don't care. Because I know I am clean. You want me to play in a closed box with zero electronic transmission, I don't care," he said recently.

Earlier this year, Indian teenage chess grandmaster Rameshbabu Praggnanandhaa won praise after a stunning victory over Carlsen in an online championship. Praggnanandhaa, 16, who in 2016 became the youngest international master in history at age 10, beat Carlsen at the Airthings Masters rapid chess tournament.

© 2022 CBS Interactive Inc. All Rights Reserved. This material may not be published, broadcast, rewritten, or redistributed. Agence France-Presse contributed to this report.