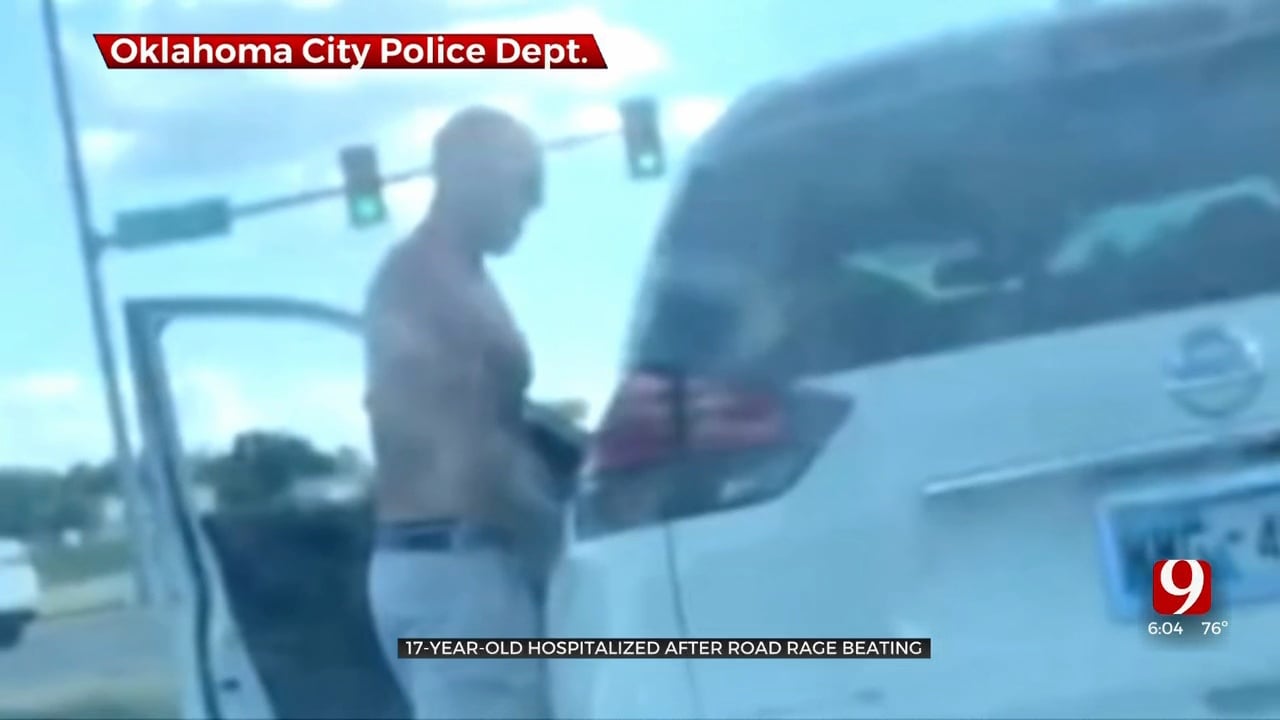 Oklahoma City Police said they are looking for a man who repeatedly hit a 17-year-old boy in a fit of road rage.

The assault happened Sunday near the area of Southeast 15th Street and Interstate 35. The boy told police he and the suspect were stopped at a red light when the suspect got out of his SUV, walked to the teen's vehicle, and assaulted the boy. The victim said the suspect hit his face about 10 times. The teen suffered a large cut on his bottom lip and a broken front tooth, according to the police report.

"At some point, the suspect cut the victim off at an exit ramp. They approached a light. That's when the suspect exited their vehicle, approached the victim's vehicle while his window was down, punched him several times in the face," said Sgt. Dillon Quirk with the Oklahoma City Police Department. "The victim went to a local hospital, was injured that required treatment there at the hospital. Thankfully, not more seriously injured."

Police released photos showing the suspect, a shirtless man in tan shorts, and his SUV, a white Nissan Rogue. Although the license plate is visible in the pictures, investigators said they could not track down the registered owner of the vehicle.

Anyone who recognizes the man is asked to call Crime Stoppers at 405-235-7300 or send a tip at www.okccrimetips.com.

Police said they do not track the number of road rage incidents they have responded to this year. Meanwhile, the Oklahoma Highway Patrol said the amount of road rage calls appears to have been going up in recent years.

Forbes Advisor released a report ranking the states with the most confrontational drivers based on a survey of 5,000 people. Utah is at the top of the list, followed by Missouri, Colorado and Oklahoma in the top four. Forbes Advisor said just over 20% of those surveyed in Oklahoma reported knowing someone who was injured in a road rage incident.

There have been several dangerous road rage incidents in Oklahoma in recent months. In August, a 19-year-old woman was shot and killed while driving in Oklahoma City. In the same month, a teen girl survived after being shot in the neck while traveling on Interstate 40 near the Earlsboro exit.