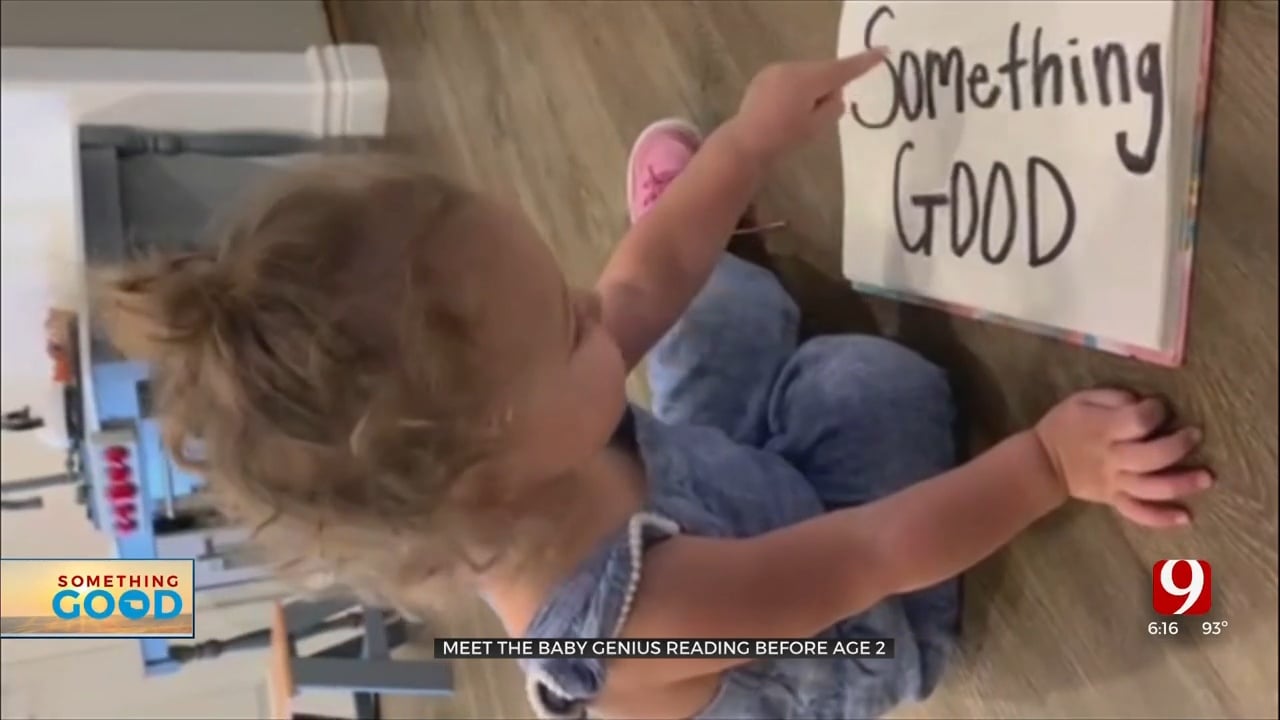 Evie is your typical 21-month-old toddler. She loves her toy kitchen and playing in her tent, but early on her mom, Jennifer, noticed something special about Evie

“So, I just started showing her these cards probably like twice a day, maybe when she was like eating or in the car seat,” said Jennifer Nagg, Evie’s mother.

Even before she could clearly pronounce the words Evie made it known she knew what the word was.

“One of the words said mouth, and even though she couldn’t say mouth she would touch her mouth and things like that, so I was like wow this is crazy, like she’s kind of like getting it,” said Nagg.

Now at 21 months she continues to wow her parents and their family and friends.

“My mother’s name is Denise and so when she saw the word the first time, she couldn’t say the full word, but she said Den – ise,” said Howard Shaw, Evie’s dad.

“They were like let’s just write a crazy word on the board and they wrote like xylophone or something like that and they showed it to her on one of those little etch a sketch board and she looked at it and she read it,” said Nagg.

Evie knows all of her colors, can count to 25, and reads complete sentences.

“I can have all the toys around and she is still going to go to the alphabet board, she has a love for learning,” said Nagg.

“To see her so engaged and wanting to learn to read is awesome,” said Shaw.

At this point Evie is too young to be tested but the parents are looking for what to do with their possible genius.

“I would really love to find some type of program that I can get her in that would just help the stimulation, and I guess, help me, help her learn and things like that,” said Nagg.

Oklahoma Sisters Give Birth Within Minutes Of Each Other