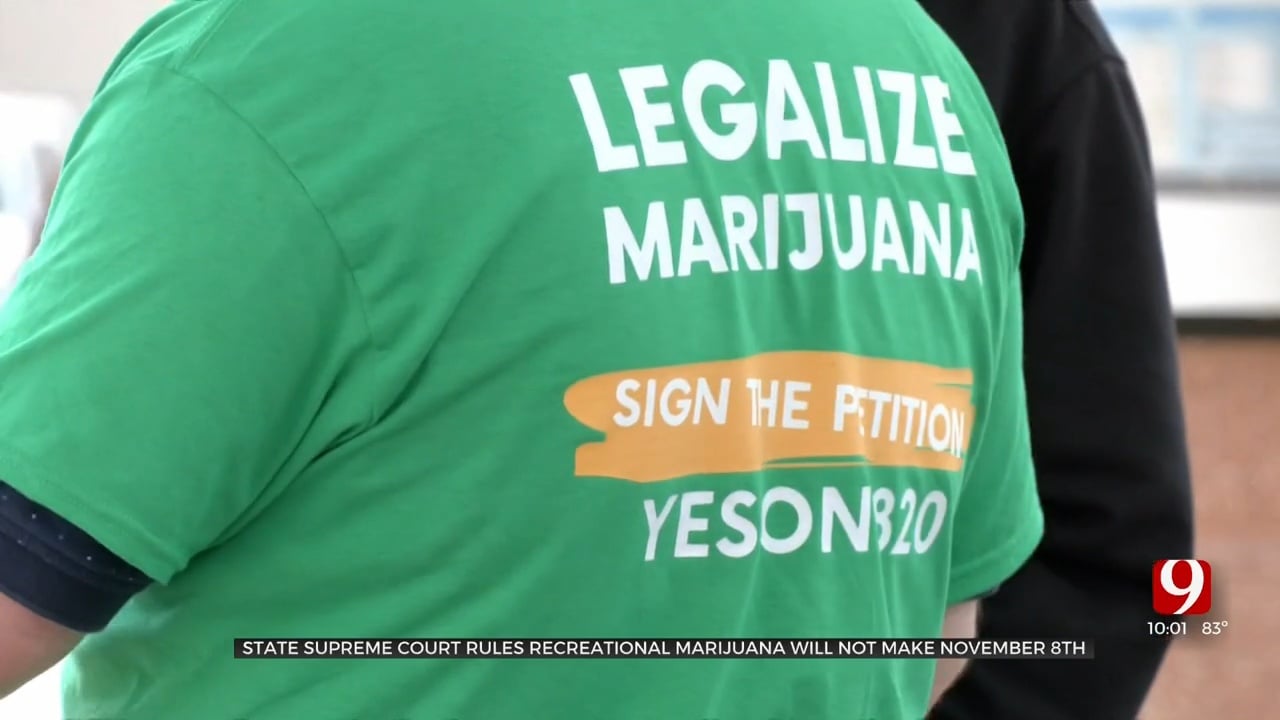 The Oklahoma Supreme Court on Wednesday ruled there is “no way” to add State Question 820 to the November ballot.

Supporters of the measure, which would legalize recreational marijuana use in Oklahoma, say it will appear on the November ballot in 2024 at the latest.

“We’re just super disappointed,” said Michelle Tilley, director of the Yes On 820 campaign. “We just really feel like the process was used for political reasons.”

The petition process to get the question approved for voters has been marred in recent months by delays in validating signatures.

The campaign collected roughly 164,000 signatures, and the Oklahoma Secretary of State’s Office verified 117,257, more than enough to get the question on a ballot.

Tilley said the Secretary of State’s office estimated the validation process would take two to three weeks, but ultimately took about seven.

The Secretary of State’s office employed a third-party vendor, Western Petition Systems, to verify that signees were registered voters in Oklahoma.

Justice Douglas Combs wrote that the company’s processing, in part, caused the 820 initiative petition to pass the state election board’s deadline of Aug. 26 to allow for printing and shipping of the ballots.

Jeffrey Cartmell, counselor to the Secretary of State, said the method provided by Western Petition Systems was possible the first “true signature verification process” ever used by the state.

“This new process differs significantly from the historical practice of merely counting the number of individuals who signed the petition without regard for their voter registration status,” Cartmell wrote in a statement to News 9.

Four legal challenges were filed against 820, protesting the measure for a variety of reasons. The court has denied all four.

Tilley said the challenges were “frivolous but unfortunately they used the process, and it kept us off this ballot.”

State Question 820 is eligible to appear on the next general election ballot in November 2024. Voters could decide on the measure sooner if the governor calls for a special election.

When asked if Gov. Kevin Stitt is considering such an election, a spokesperson for his office said in a text message, “our office doesn’t have a comment on SQ 820.”