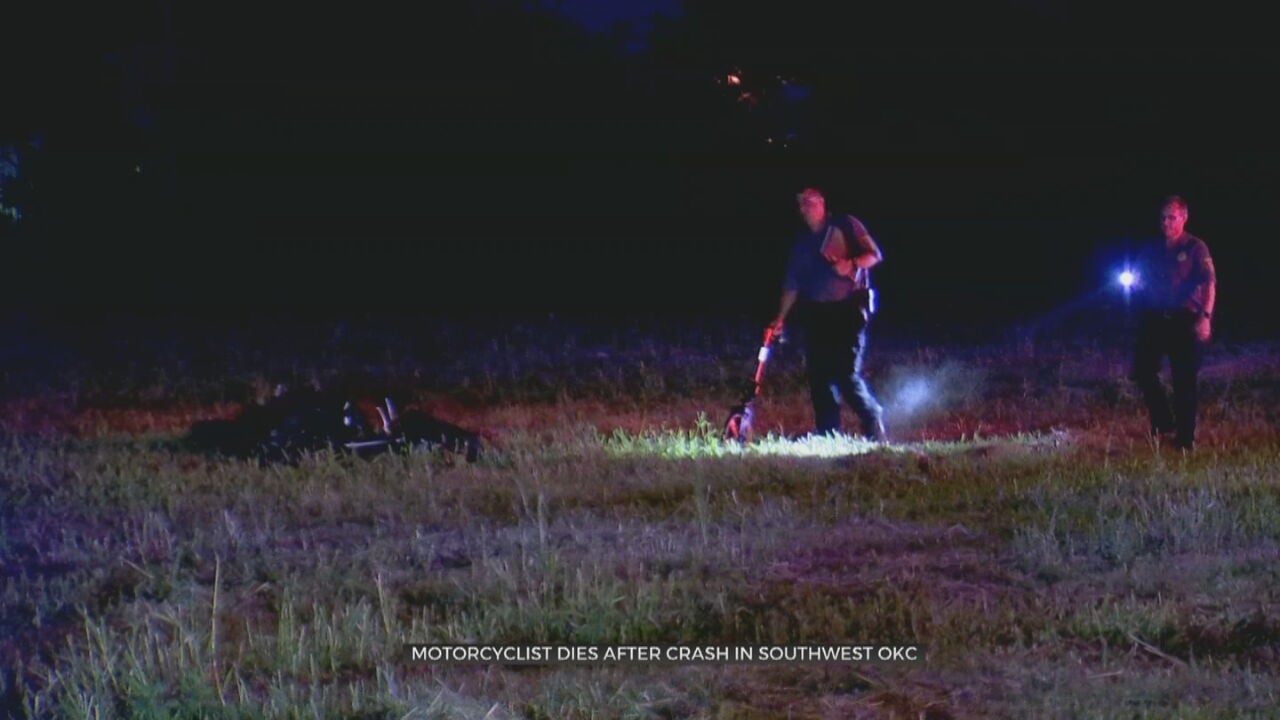 A man is dead after a motorcycle crash on the southwest side of the city late Thursday night, according to Oklahoma City Police.

The crash happened near Southwest 15th Street and South May Avenue, according to police.

Officers say the motorcyclist was headed north on May and driving fast when they hit the back of another car. Police say the driver of the motorcycle then died at the scene.

According to police, the other driver was not hurt or found to be at fault.

Police have not yet identified the individuals involved in the crash.