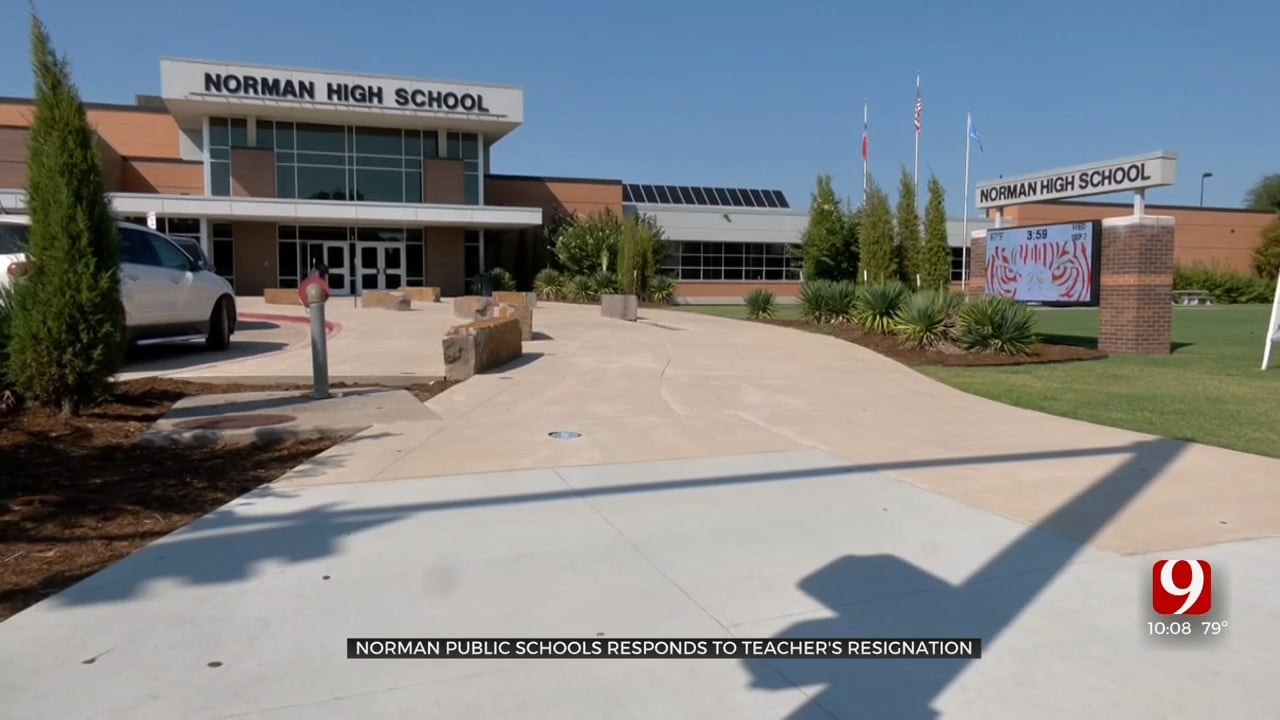 The superintendent of Norman Public Schools said in a statement Wednesday that Summer Boismier committed ‘no violation’ when she posted a QR code to the Books Unbanned page of the Brooklyn Public Library last month.

“We strive to do everything in our power to support, inform and protect our teachers and staff,” Dr. Nick Migliorino said, in part. “This entire incident has exploded well beyond the initial complaint.”

Boismier’s resignation on Aug. 23 made national news after she protested HB 1775, a 2021 state law that prohibits school staff from making students feel discomfort on account of their race or sex.

On Aug. 19, the first day of school at Norman High School, Boismier’s English students walked into her classroom to find bookshelves covered with paper and the QR code. The paper read, “books the state doesn’t want you to read.”

Migliorino said the district met with Boismier after a “concerned parent” filed a complaint which, “alleged the teacher had, during class time, made derogatory and divisive remarks toward state legislators and used her classroom to make a political display expressing her own opinions.”

District administrators met with Boismier days after the complaint was filed, and “made clear our concerns—particularly given this was the first day and not connected to any curriculum—set out our expectations moving forward and hoped and expected her to return to the classroom,” Migliorino said.

“Ultimately, the teacher chose to resign,” he said. “At no point was the teacher ever terminated, suspended or placed on administrative leave.”

Migliorino added that the district found Boismier’s classroom displays did not violate HB 1775 or any other state education rules.

Administrators at the district “have been saddened and hurt by the deluge of comments and the negative assumptions made about all of us,” from national coverage of Boismier’s resignation, he said.

She blasted Boismier’s statement on Wednesday, questioning the district’s claims that support its teachers.

“Why does a district that claims to care so much about its students and teachers wait to say something until after one of its own is subjected to a deluge of online harassment and graphic threats?” Boismier told News 9 in a text message. “If Dr. Migliorino were one of my students, I’d suggest he revise his statement for conciseness. There is no need to use 1,000+ words when you can say it in four: I am a coward.”