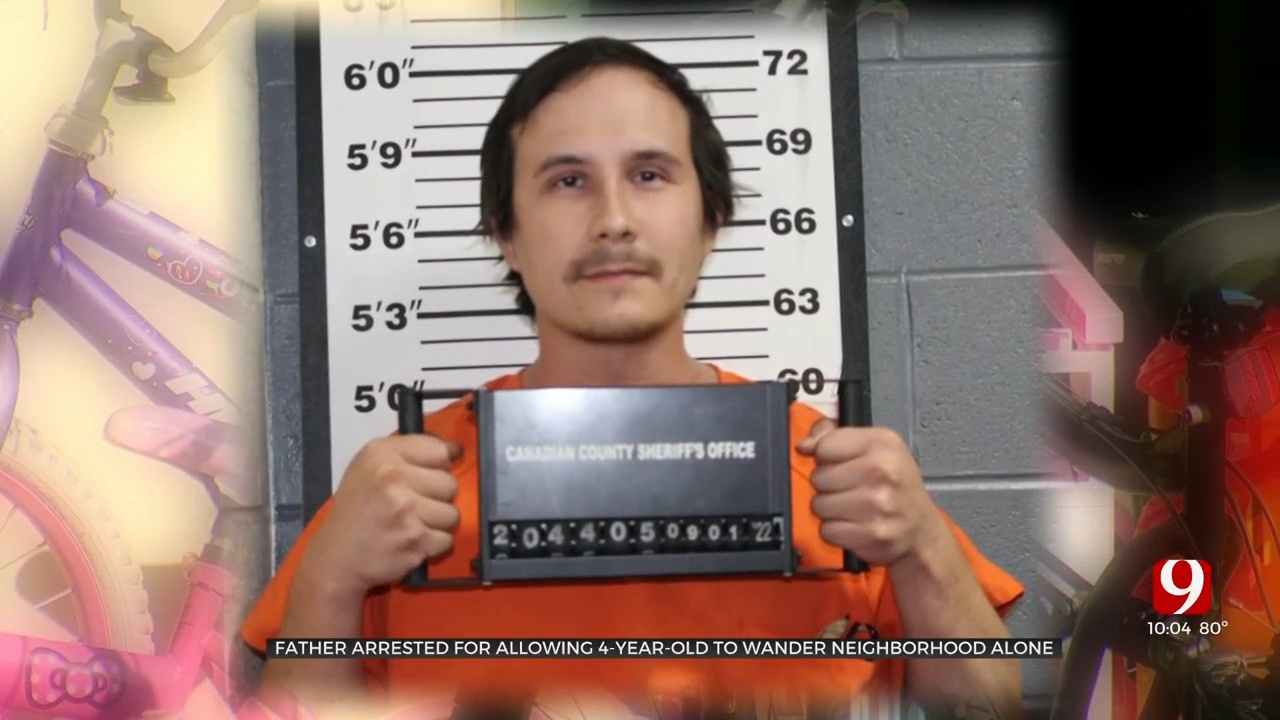 A metro father was arrested and accused of losing his three and four-year-old children.

Police responded to the man's home near South Mustang Rd and Reno after a neighbor reported a little girl wandering the streets in the rain.

According to neighbors, it’s a regular occurrence and while they didn’t want to go on camera, neighbors told News 9 when it comes to the children's whereabouts, their parents are clueless.

Police responded to the southwest Oklahoma City neighborhood on September 1. According to police a woman called 911 to report a four-year-old girl outside her residence "wearing a shirt and diaper while unsupervised."

Once at the home, police located the girl. But after confronting her father who was inside the home, reports showed officers discovered another child, a three-year-old boy, was also missing.

Records show police and the boy’s father searched for the child for thirty minutes before he was found inside the house.

“The children were located inside the home, they had been hiding in there,” said Knight.

The children's father, Philippe Bauchau, told police had been watching his children ages four, three, and one.

“The man was extremely intoxicated, intoxicated to the point where he was unable to properly care for the children,” said Knight.

According to records Bauchau lost sight of his daughter when she ran outside when her mother left the house.

Bauchau said he wanted to finish his videogame before retrieving her.

Bauchau was arrested on complaints of child neglect and was released on bail the following day.

According to neighbors, the siblings are often seen wandering their neighborhood naked or wearing only a diaper.

Police reports show officers went to the home in July where a three-year-old was reported missing. Reports showed when police responded, they were told the toddler returned home on his own accord.