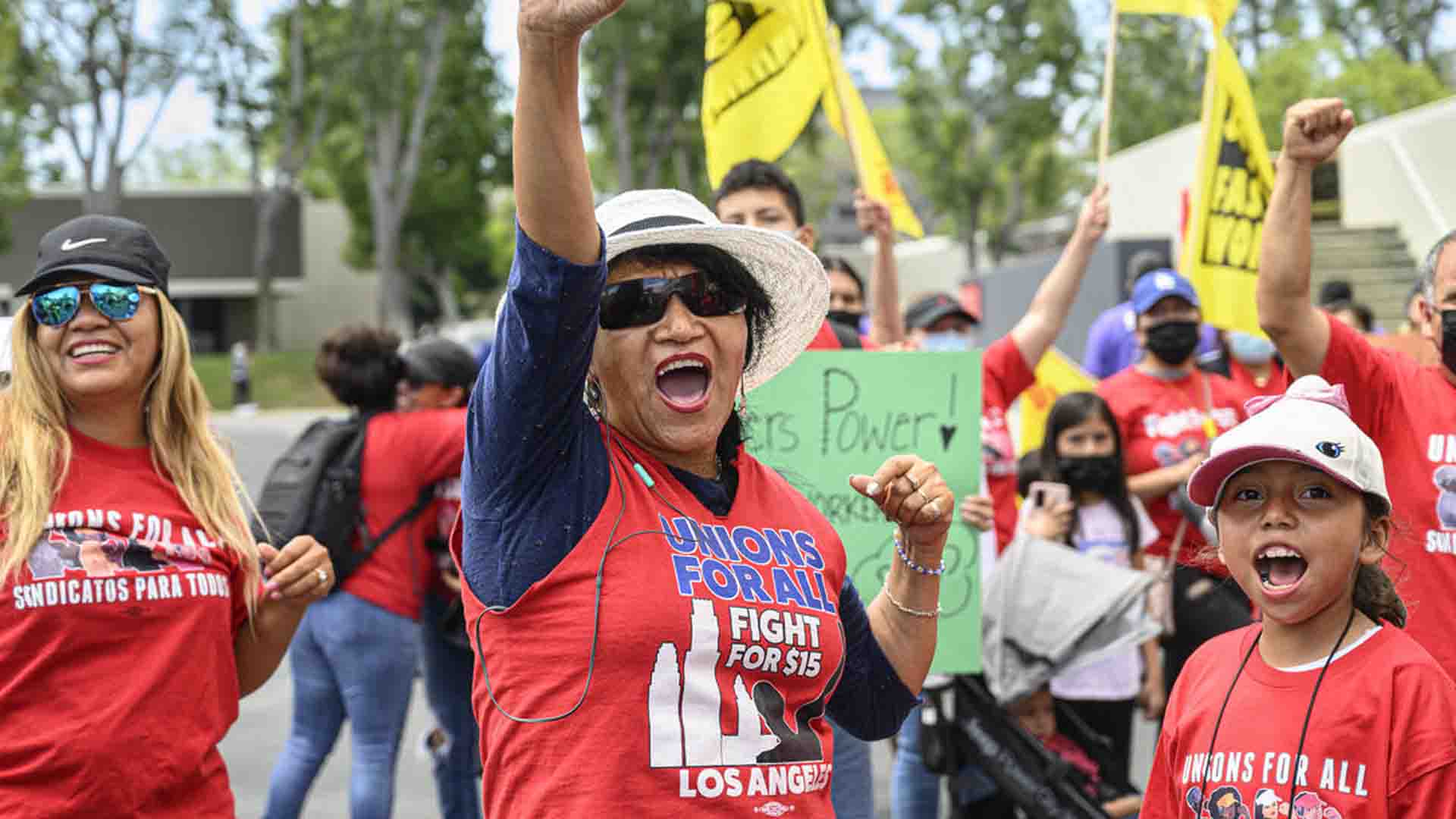 California Gov. Gavin Newsom on Monday signed a nation-leading measure giving more than a half-million fast food workers more power and protections, despite the objections of restaurant owners who warned it would drive up consumers' costs.

The landmark law creates a 10-member Fast Food Council with equal numbers of workers' delegates and employers' representatives, along with two state officials, empowered to set minimum standards for wages, hours and working conditions in California.

Newsom said he was proud to sign the measure into law on Labor Day.

"California is committed to ensuring that the men and women who have helped build our world-class economy are able to share in the state's prosperity," he said in a statement. "Today's action gives hardworking fast food workers a stronger voice and seat at the table to set fair wages and critical health and safety standards across the industry."

The law caps minimum wage increases for fast-food workers at chains with more than 100 restaurants at $22 an hour next year, compared to the statewide minimum of $15.50 an hour, with cost of living increases thereafter.

The state legislature approved the measure on Aug. 29. Debate split along party lines, with Republicans opposed. Sen. Brian Dahle, the Republican nominee for governor in November, had called it "a steppingstone to unionize all these workers."

Restaurant owners and franchisers cited an analysis they commissioned by the UC Riverside Center for Economic Forecast and Development saying that the legislation would increase consumer costs.

But supporters of the legislation hailed it as a big win for workers, with Assemblywoman Luz Rivas calling it a "watershed moment" for labor.

Members of "Fight for $15," an advocacy group that has helped lead the fight for a higher minimum wage, also cheered the passage of the bill, known as AB 257.

"We've gone on strike, marched in the streets and rallied across the state to make sure our demand for a voice on the job was heard even as powerful corporations pulled out all the stops to silence us," said Anneisha Williams, a Los Angeles fast-food worker and leader in the Fight for $15. "We look forward to having a say in creating safe and healthy workplaces across the fast-food industry and to AB 257 serving as a model for workers across the country who desperately need a seat at the table."

The federal minimum wage is $7.25 per hour and hasn't risen since 2009. Research has shown that if the minimum wage had kept pace with gains in the economy's productivity over the last 50 years, it would be nearly $26 an hour today, or more than $50,000 a year in annual income.