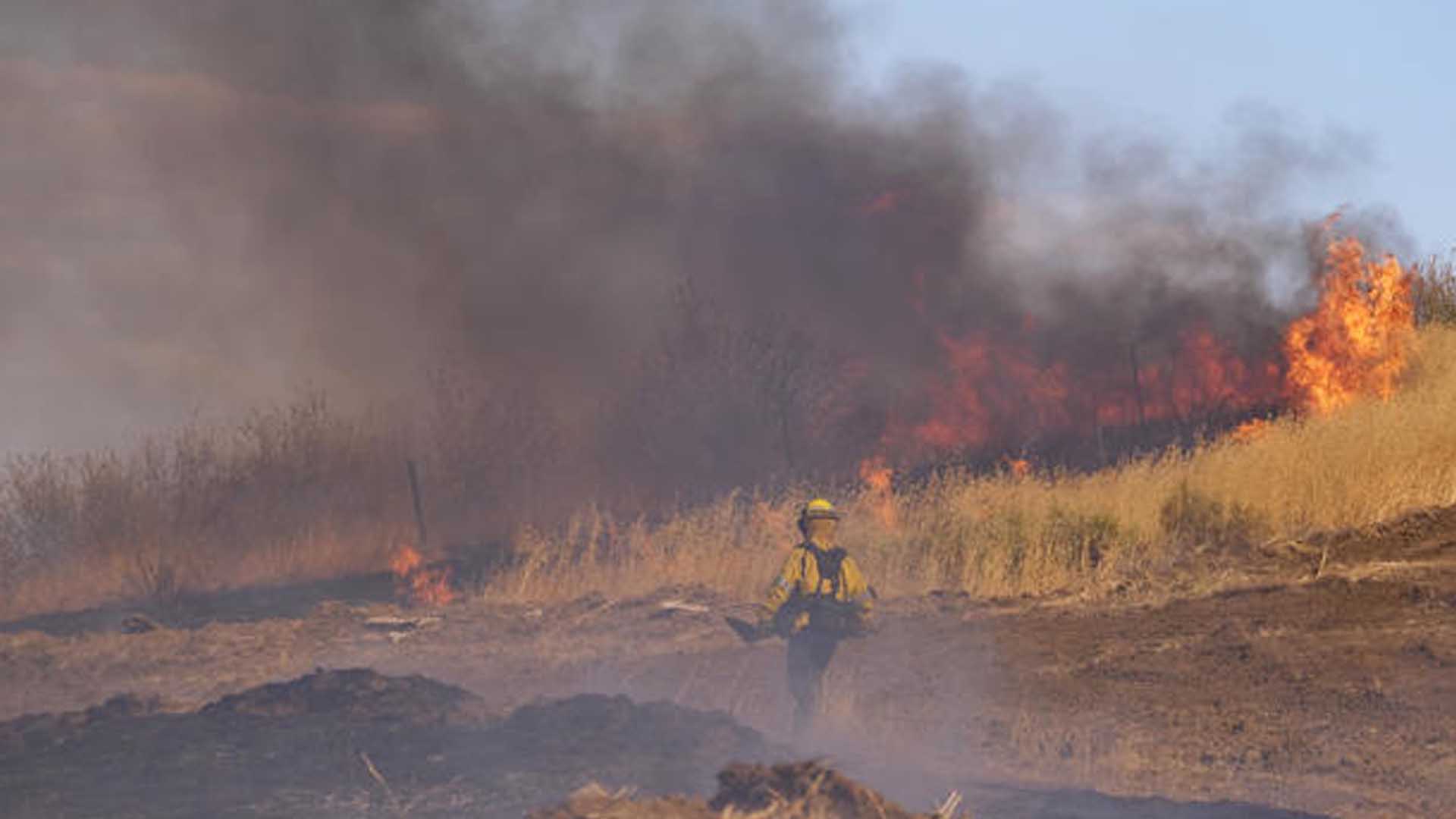 California wildfires erupted Wednesday in rural areas, racing through bone-dry brush and prompting evacuations as the state sweltered under a heat wave that could last through Labor Day.

The fast-moving Route Fire in Castaic in northwestern Los Angeles County had burned 4,625 acres of hills as of Wednesday night. The 5 Freeway, a major north-south route, was closed by the flames. Eight firefighters were injured, six of whom required hospitalization, L.A. County Fire Capt. Sheila Kelliher said in a Wednesday evening news briefing.

No structures had been destroyed as of Wednesday night. A total of about 200 homes were under evacuation orders, Kelliher said.

Media reports showed a wall of flames advancing uphill and smoke billowing thousands of feet into the air while planes dumped water from nearby Castaic Lake.

The fire was moving erratically, and more resources were called in, including giant tanker planes, the L.A. County Fire Department tweeted.

An elementary school also was evacuated as the fire scorched bone-dry brush. Temperatures in the area hit 107 degrees and winds gusted to 17 mph, forecasters said.

The National Weather Service said many valleys, foothills, mountains and desert areas of the state remained under an elevated fire risk because of low humidity and high temperatures, which set several records for the day. The hottest days were expected to be Sunday and Monday.

California Gov. Gavin Newsom, meanwhile, declared a state of emergency Wednesday to increase power production, and urged residents to reduce electricity use as officials warned there could possible outages if conditions worsen.

Newsom's declaration followed a "Flex Alert" by the California Independent System Operator for conservation that was extended into Thursday. Temperatures that are expected to be 10 to 20 degrees above normal pushed up energy demand, primarily from air conditioning use, and tightened available power supplies. More alerts were likely through the Labor Day weekend, officials said.

Wildfires have sprung up this summer throughout the Western states. The largest and deadliest blaze in California this year erupted in late July in Siskyou County, near the Oregon border. It killed four people and destroyed much of the small community of Klamath River.

Scientists have said climate change has made the West warmer and drier over the last three decades and will continue to make weather more extreme and wildfires more frequent and destructive. Across the American West, a 22-year megadrought deepened so much in 2021 that the region is now in the driest spell in at least 1,200 years.