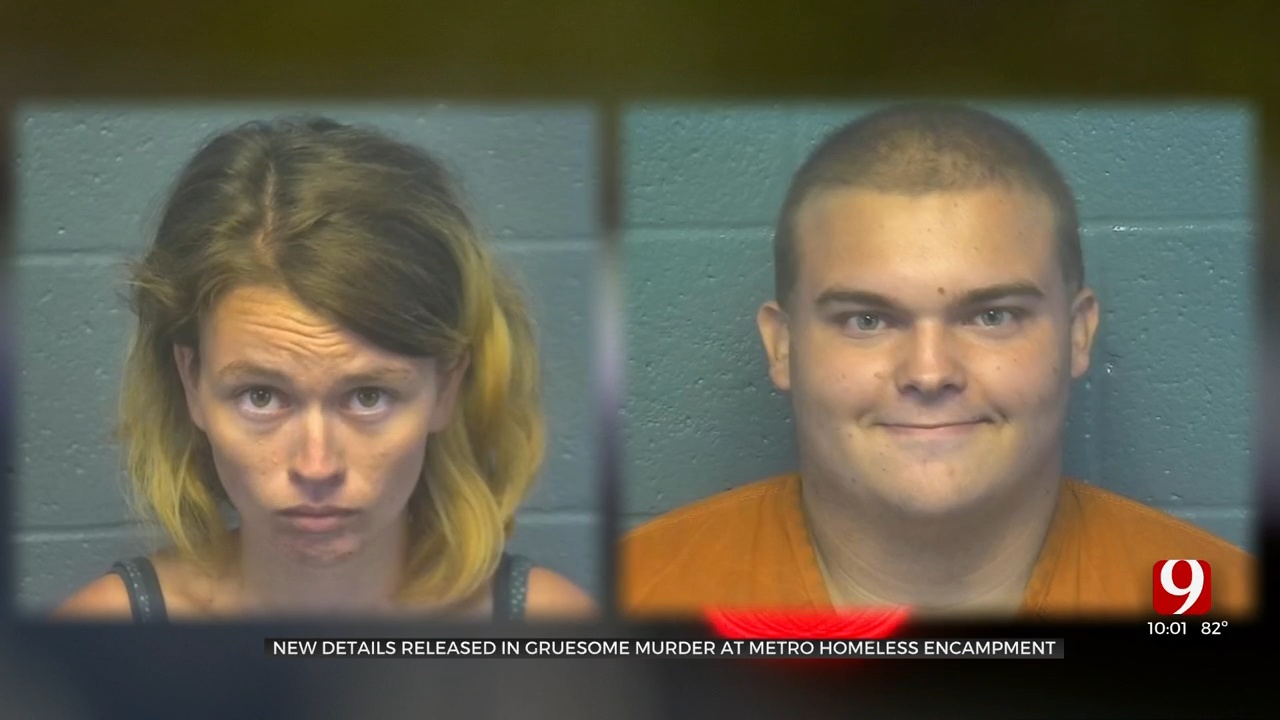 According to documents, Jeff Skrivanek, 51, was beaten, strangled and hanged from a tree.

According to Oklahoma City police James Guillory, 20, and girlfriend Sierra McCoy-Griffen,18, were arrested.

Police say the couple plotted to kill Skrivanek and used a dog leash to strangle him.

On Aug. 27, police responded to the homeless encampment near N. Western and Kilpatrick Service Road.

“A witness alerted police that there was a possible deceased person there,” said Sgt. Dillon Quirk with Oklahoma City Police.

According to documents, in the encampment's wooded area police found Jeff Skrivanek’s body.

“This was a disturbance or disagreement over a dog that was jointly owned by the victim and one of the suspects,” said Quirk.

The witness said Guillory detailed the violent murder during a meeting at a nearby restaurant.

“It was apparent that it was blunt force trauma,” said Quirk.

Police located the couple at an unknown hotel.

When interviewed, records showed Guillory confessed to choking the victim during an altercation three separate times.

After his first attempt, Guillory said he tried again when he realized "Skrivanek was still breathing."

In documents Guillory said after the second strangulation, he wrapped a leash around the victim's neck, drug him to a tree and tied him to a tree branch.

Records show Guillory told police, "He tied the leash in a manner which held the victim's neck off the ground to ensure Skrivanek’s death."

A judge denied the couple bond.