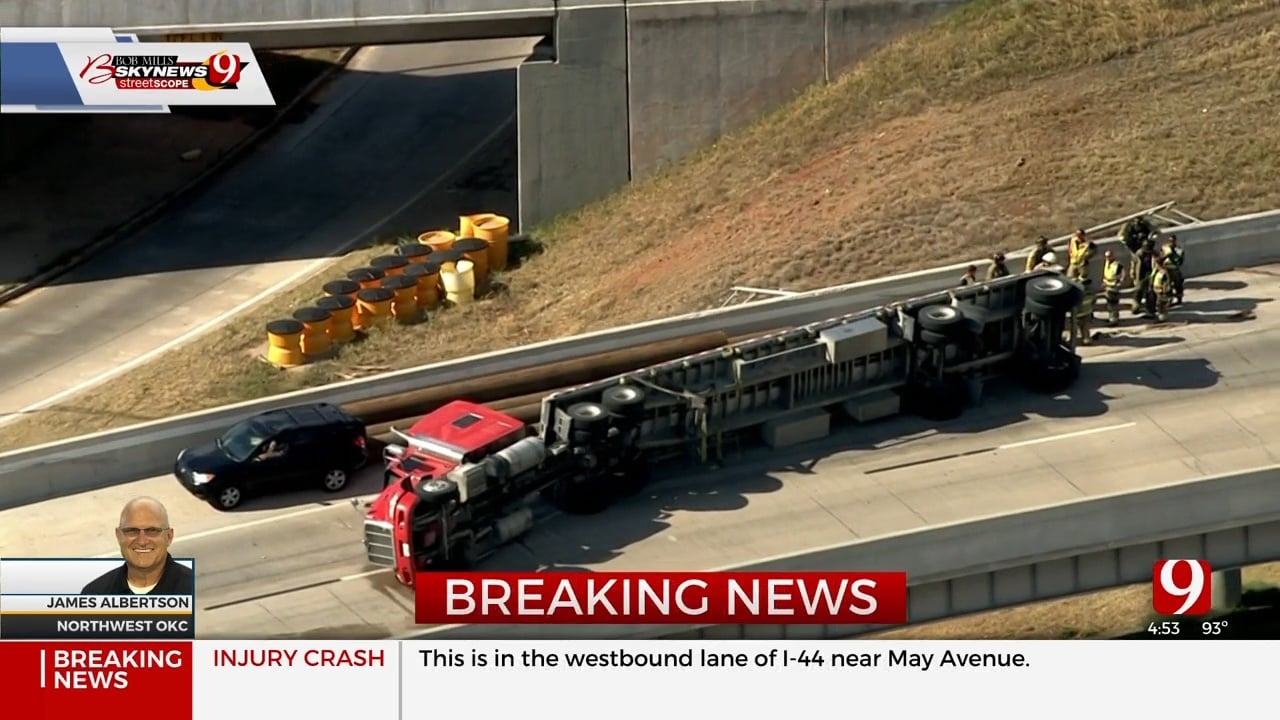 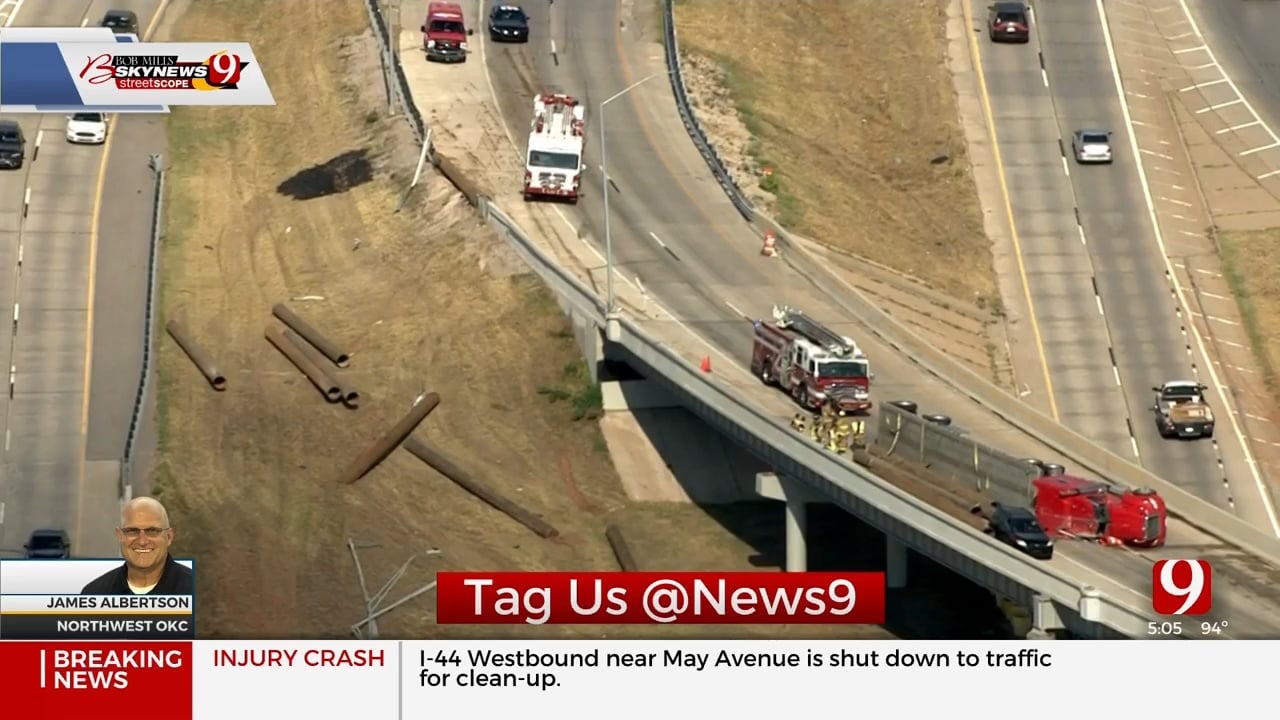 Turned Over Semitruck Causes Delays On I-44

Oklahoma City fire and police crews are on the scene Friday of a semitruck accident on Interstate 44.

The accident happened just after 4:30 p.m. on the westbound lane of I-44 near May Avenue.

Following the accident, the semitruck turned on one of its sides and lost its cargo.

No injuries have been reported at this time.

The Oklahoma Department of Transportation has closed westbound traffic on I-44 due to the crash.

Drivers can also take exit to the southbound lanes of Interstate 235.