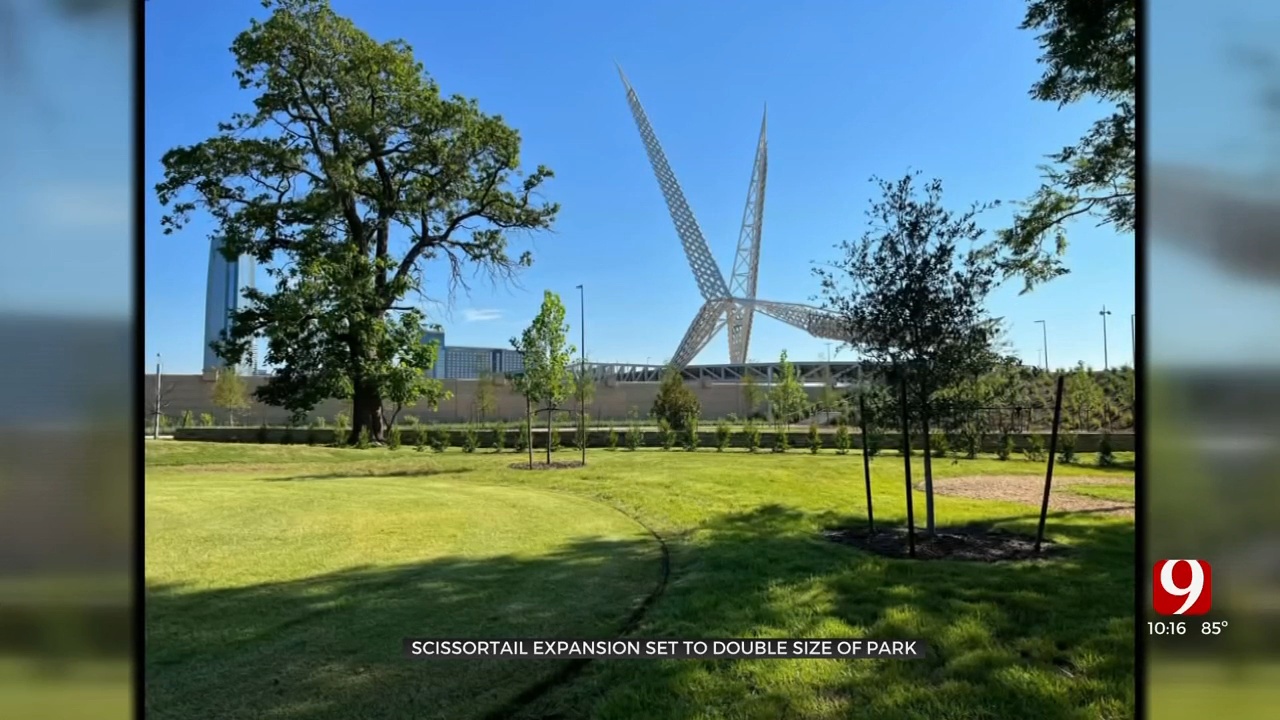 Oklahomans are weeks away from a new park in the heart of our downtown.

If you go near SW 10th and Walker, you’ll find crews hard at work finishing the lower section of Scissortail Park.

When the expansion is done, Scissortail Park will double in size.

“I think this one just knocks it out of the park,” said Maureen Heffernan, the Myriad Gardens & Scissortail Park CEO.

The City of OKC’s MAPS 3, $132 million project is almost complete.

“Just having these beautiful green spaces, especially right in the core of an urban area it is such a retreat. It is good for your physical health; it is definitely good for your mental health. Parks are really important to the quality of life in a city,” she said.

Heffernan said the lower level of the park will offer something different. All 70 acres will be connected by the Sky Dance bridge.

“The lower park here has a lot of the sports courts, so right behind me is the big soccer field which is a large regulation soccer field. We have a nature playground for kids which is very different from our regular playground, there is more discovery, imagination, and play,” she said.

“This is really going to have so much energy, movement and dynamic it is for all ages, and it is going to be open 7-days a week,” she said.

Opening weekend for the park will kick off September 23 with a free concert from the Oklahoma City Philharmonic.