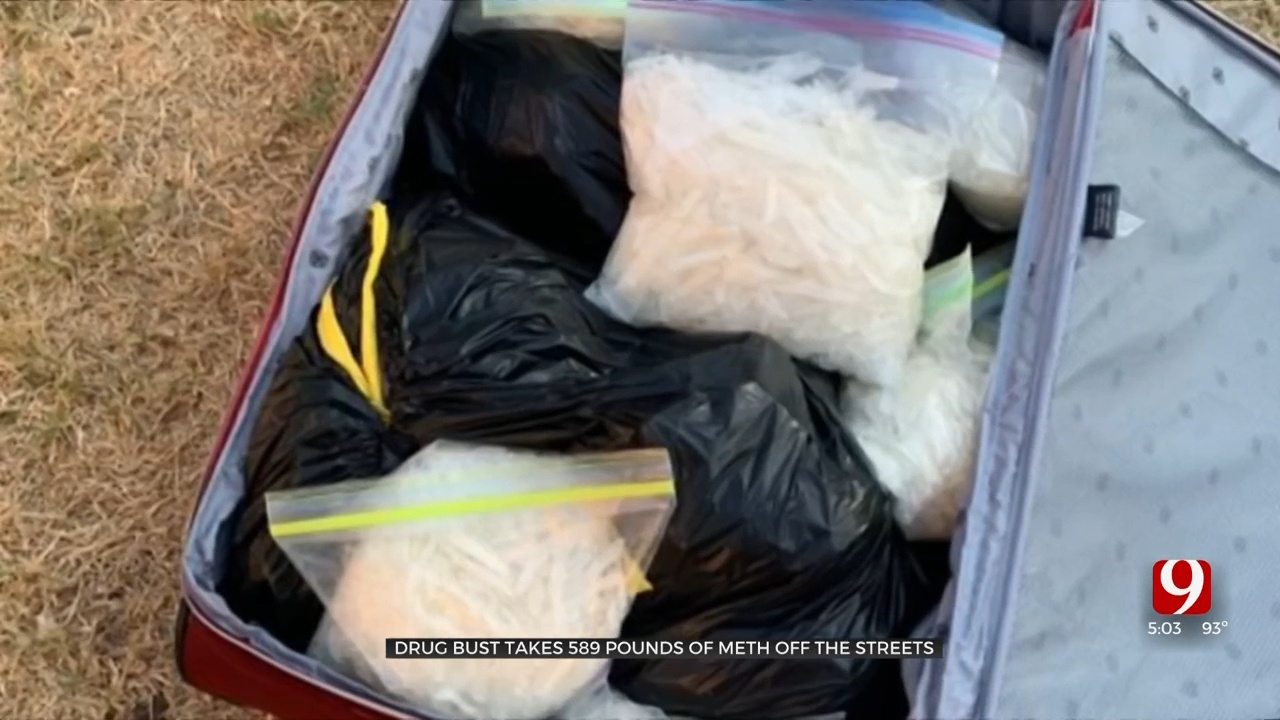 The Oklahoma Bureau of Narcotics said it completed one of the largest meth seizures in the state's history.

Authorities said 589 pounds of meth are now off the streets.

"We have been trying to identify those responsible for moving large quantities of meth from Mexico into Oklahoma,” Oklahoma Bureau of Narcotics spokesman Mark Woodward said. "Specifically bringing drugs into central and the southern Oklahoma area is where they were being stored."

This investigation began in July, targeting a drug trafficking organization.

"We worked this with multiple agencies to lead us to the location this week that we served the search warrants," said Woodward.

Because is an ongoing investigation, the address and people involved will not be released at this time.

"We also got four firearms and five people in custody,” Woodward said. “We anticipate many more arrests.”

It's been an active week in Oklahoma as agencies across the state have been working to get drugs off the streets. The largest fentanyl bust in OBN history recently took place in Tulsa.