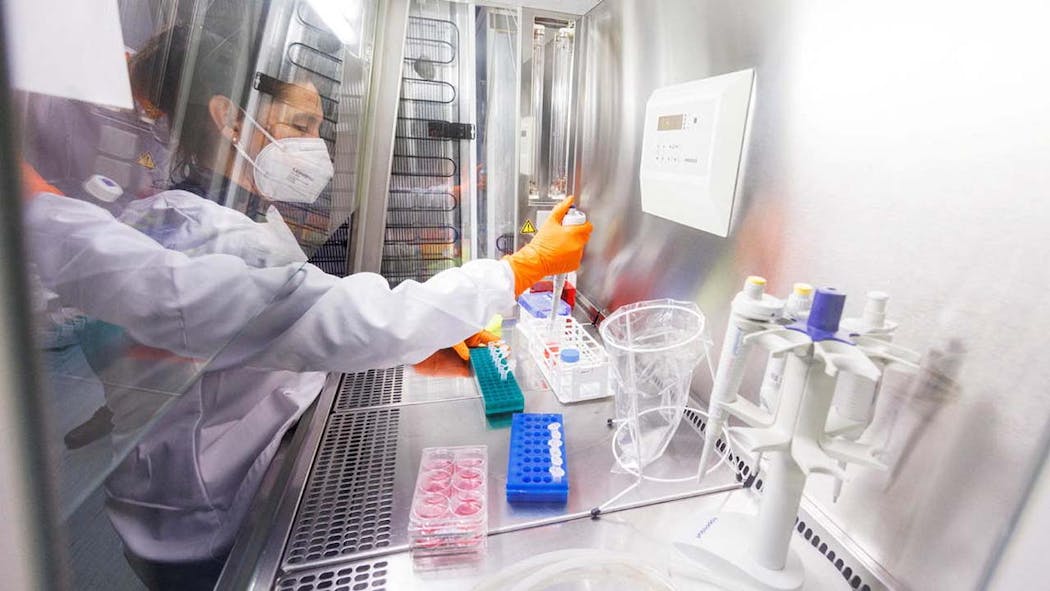 Federal health officials announced Thursday a major boost to the country's supply of monkeypox vaccine amid a surge in new cases nationwide.

The White House said an additional 1.8 million doses of the monkeypox vaccine will be available starting Monday, as cases are up over 30% from just a week ago. The U.S. has more than 14,100 confirmed monkeypox cases, according to the latest numbers from the Centers for Disease Control and Prevention.

"To be clear, we are learning how well these vaccines work against monkeypox, and in this specific outbreak," she said. "Although we anticipate vaccines will provide protection, temporarily reducing or avoiding behaviors that increase your risk of monkeypox exposure is important, especially between your first and second doses of vaccine,"

The CDC is also encouraging health care providers to inject the vaccine just below the skin, which allows providers to stretch a single dose into five doses.

About 98% of cases have been among men, with the majority of those being men who reported recent sexual contact with other men, Biden administration officials said Thursday. According to data from 6,000 cases, 35% have been White men, 33% Hispanic and 28% Black.

"We're not reaching men who have sex with men, who are Black and Brown, the way that we need to," said Dr. Celine Gounder, editor at large at Kaiser Health News.

Cases among children are also starting to rise, with at least 12 children now infected. Gounder said the most likely source of exposure for kids in the U.S. is through a caregiver.

"The caregiver could be a family member or a daycare provider. The risk is greatest with caregivers who are bathing a child, changing diapers or helping with toileting, where they could be much closer contact," Gounder said. "In general, this would imply the child being quite young. School-aged children can generally attend to these needs without help.

"It can even be deadly in very young children," she said.

The Biden administration is also launching a new program which will set aside 50,000 doses for large events, such as the upcoming Black Pride in Atlanta, and Southern Decadence in New Orleans, where one of the main events was canceled due to monkeypox concerns.

Edward O'Keefe, 20, received his first dose at a New Jersey clinic Thursday after waiting for appointments to become available.

"There weren't any appointments available," he said. "And so I found that pretty frustrating, and maybe a little scary."