Mariah Carey Trying To Trademark The Title 'Queen Of Christmas' 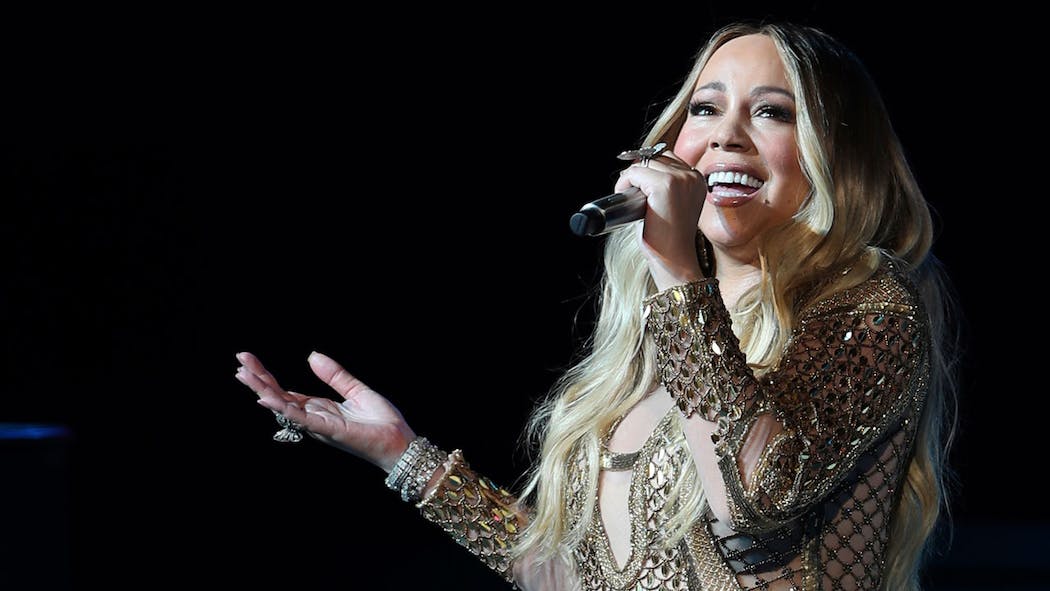 Mariah Carey is trying to trademark the title "Queen of Christmas," believing she is synonymous with Christmas thanks to her enduring 1994 hit "All I Want for Christmas Is You." However, the singer's request has been met with opposition – and at least one artist is taking legal action to block it.

Carey's legal team filed a petition to trademark "Queen of Christmas" in March 2021, but it was made public in July, giving others the opportunity to oppose it.

Christmas songwriter Elizabeth Chan did just that. She is a full-time songwriter who has been dubbed "The Queen of Christmas" too, her lawyers at WilmerHale law firm say.

The firm says Chan's opposition to Carey's trademark application has gained media attention, including an interview with Variety, during which Chan explained why she and her lawyers filed a formal declaration of opposition.

"Christmas has come way before any of us on earth, and hopefully will be around way after any of us on earth," Chan said. "And I feel very strongly that no one person should hold onto anything around Christmas or monopolize it in the way that Mariah seeks to in perpetuity. That's just not the right thing to do. Christmas is for everyone. It's meant to be shared; it's not meant to be owned."

According to another Variety interview published in December 2021, Chan says she is the only notable singer-songwriter who only creates original holiday songs.

"David Letterman officially declared me the Queen of Christmas 29 years ago, a year before [Carey] released 'All I want For Christmas Is You' and at 81 years of age I'm NOT changing anything," Love, whose real name is Darlene Wright, wrote. "I've been in the business for 52 years, have earned it and can still hit those notes! If Mariah has a problem call David or my lawyer!!"

She released her own Christmas album in 2007, titled "It's Christmas, Of Course." She has also won a Grammy for best music film for the documentary "20 Feet from Stardom," which also won an Oscar for best documentary.

It is unclear if Love has taken legal action against Carey's trademark request.

According to Carey's request, the singer is looking to use the trademarked "Queen of Christmas" on items like perfumes, body lotions, skin care products, makeup, spa products, hair care, nail polish and sunglasses. She also wishes to use the title on her music, music videos and various music-based entertainment.

Carey's most popular Christmas song "All I Want for Christmas Is You" helped her set a record in 2019 as the first artist to hit No. 1 on Billboard's Hot 100 chart in four different decades. The song held the No. 1 spot on the chart for three weeks starting in late 2019 — the first time it ever earned the top spot in December, 25 years after it was first released.

CBS News has reached out to Chan's lawyers and a representative for Love as well as Carey's lawyer and is awaiting a response.

Mariah Carey Trying To Trademark The Title 'Queen Of Christmas'