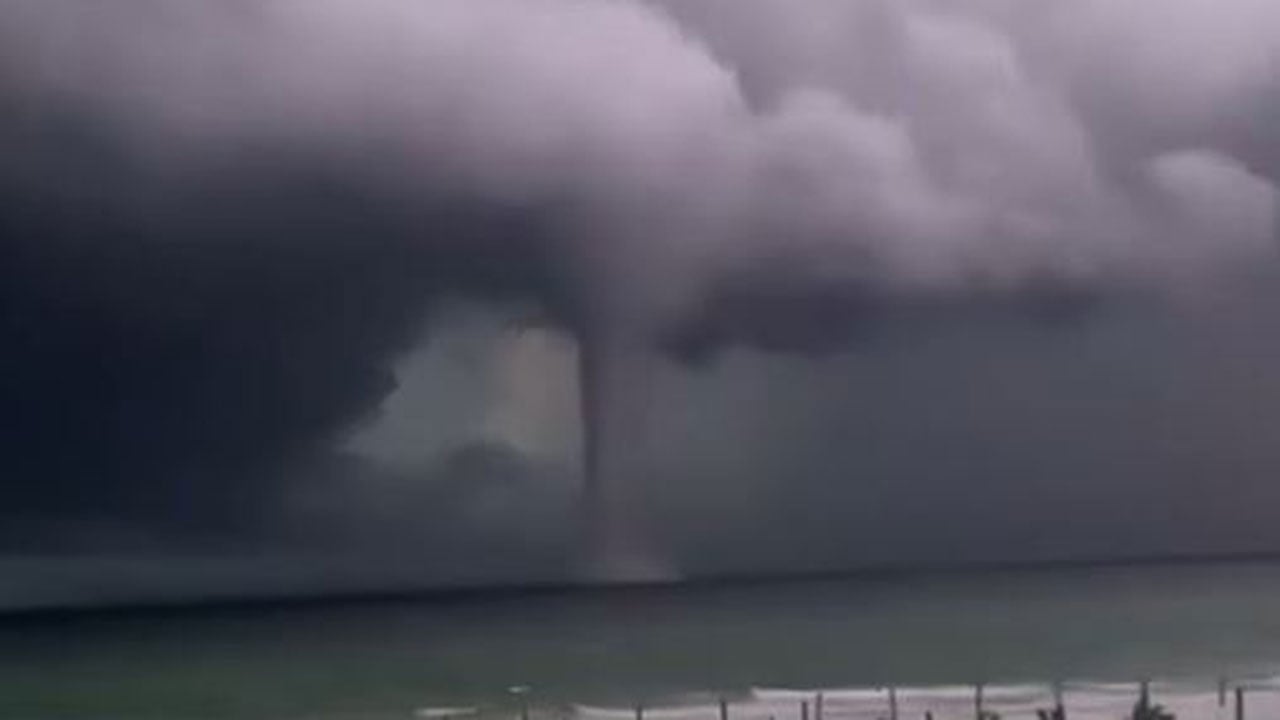 Impressive video footage captured one of several dramatic waterspouts that loomed over coastal waters in northwest Florida on Tuesday morning, as thunder and lightning storms briefly rocked the area.

One particular clip that caught the attention of social media users first surfaced on Instagram around 7 a.m. local time, and was shared by the account @boo_freeman. The video, recorded on the beach in Destin, panned from a sprawling and low-hanging dark cloud to a massive tornado-like funnel that appeared to connect the ocean and sky.

The natural phenomenon is called a waterspout, which the National Oceanic and Atmospheric Administration describes as a "whirling column of air and water mist." While "fair weather" waterspouts are typically associated with milder weather, "tornadic" waterspouts occur during severe thunderstorms and mimic the general qualities of a tornado, according to NOAA. Those can be dangerous, especially if they travel over land.

A handful of waterspouts were observed around Destin and Henderson Beach State Park, located in the Florida panhandle, early Tuesday. CBS affiliate WKRG recorded another whirling storm as it formed nearby at Fort Henderson Beach before 6 a.m., and tracked the column in a time-lapse video as it traveled across the water.

The waterspouts off the coast of Destin moved away from the shore after forming, and did not touch land. The National Weather Service issued a marine warning that remained in effect until the late morning.