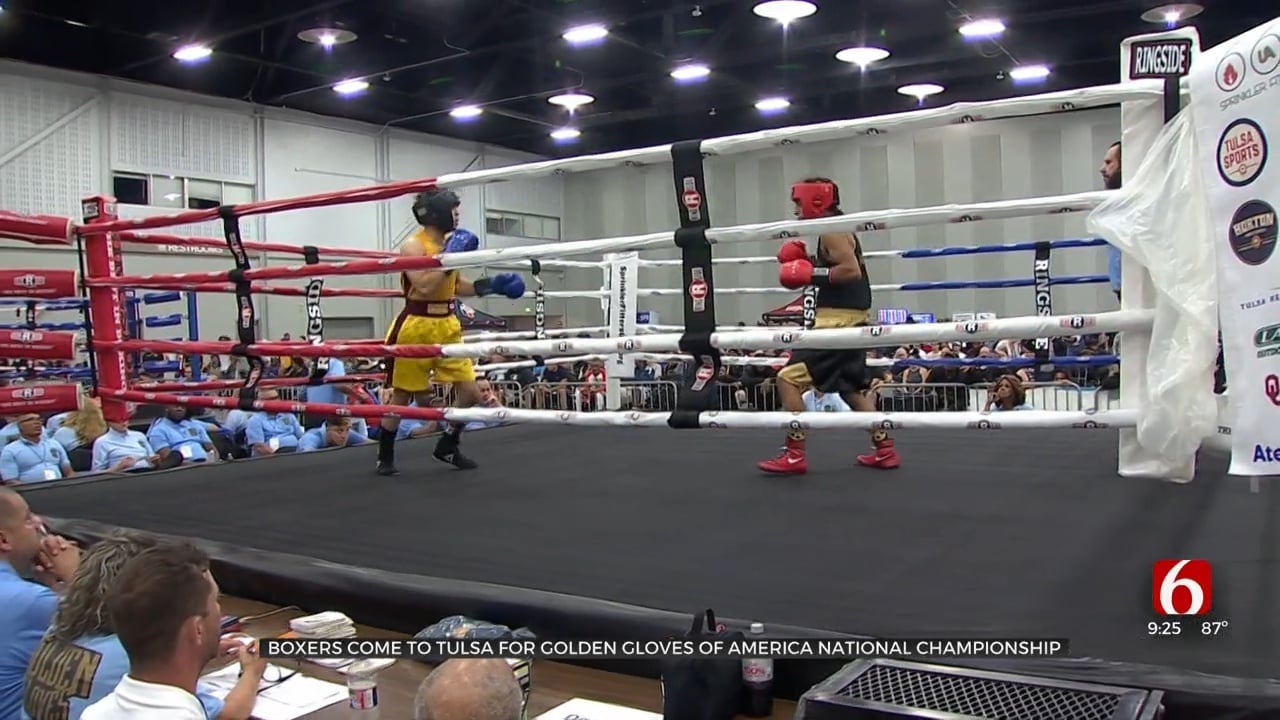 Boxers from around the country are in Tulsa all week for the Golden Gloves of America National Championship.

More than 300 boxers will face off in the rings throughout the week in hopes of competing in the national championship and entering the ranks of the legends of the sport.

He says 30 teams of boxing champions from regions across America are competing for a spot in Saturday's finals.

"This represents hundreds and hundreds of bouts that happen all over the country. And just about every state is represented here in this competition,” Russo said.

The preliminary round started on Monday and will continue Tuesday and Wednesday. The championship was hosted in Tulsa last year and Russo says he's excited to be back. Russo says next year, Golden Gloves of America is celebrating 100 years.

"This is the launch of all the great, iconic legends that everyone knows in the sport. Joe Louis, Muhammad Ali, Joe Frazier, Oscar de la Hoya, Sugar Ray Leonard, Floyd Mayweather Jr., probably 99 percent of the champions come through this tournament,” Russo said.

Russo says professional scouts will be there to look for the next future pro-boxing stars. Anyone can get tickets to watch the competitions this week starting each night at 6 p.m. You can find more information HERE