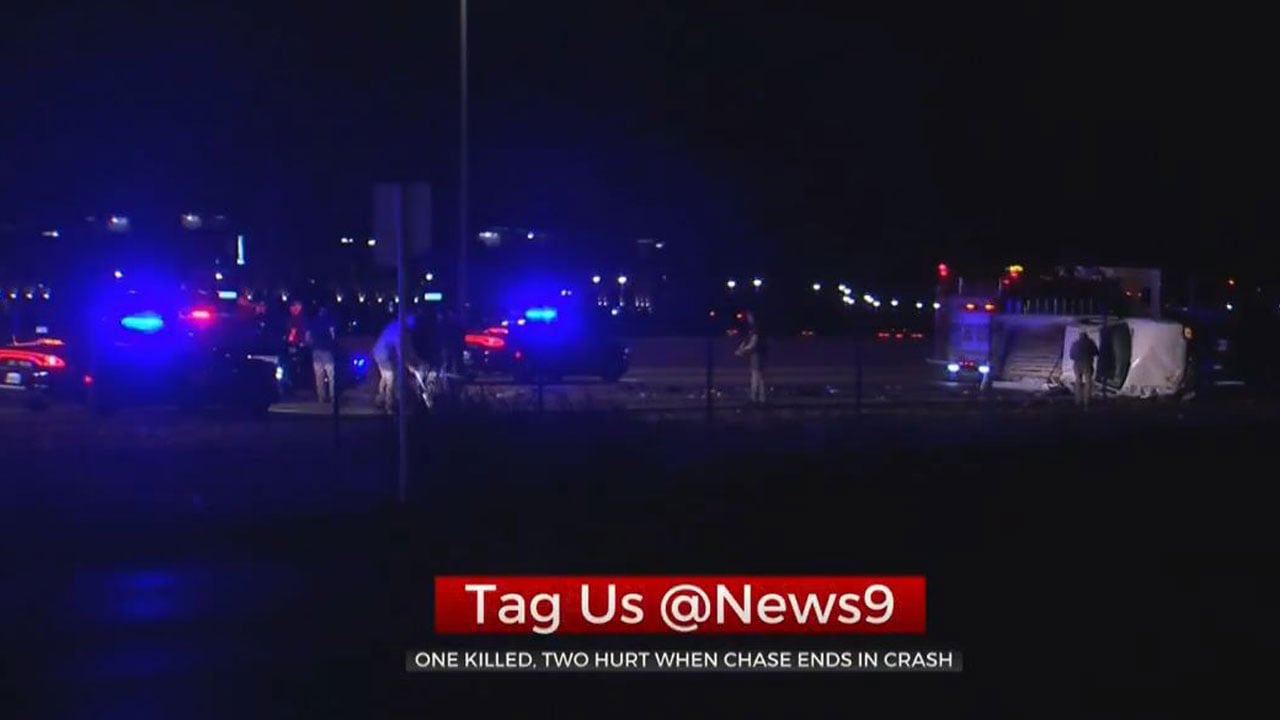 One person is dead following a crash Monday night in Cleveland County.

The incident started as a chase just before 9 p.m.

According to the Oklahoma Highway Patrol, officers were trying to stop a stolen truck in southeast Oklahoma City.

The truck got on I-35 and began traveling southbound.

The truck was driving aggressively, running people off the road.

Troopers initiated a tactical maneuver. The truck attempted to evade the maneuver, but it ended up flipping.

Two of the three people inside the truck were ejected from the vehicle.

One person died of their injuries, another is in critical condition at a local hospital while the third person is expected to be OK.

The incident is under investigation.