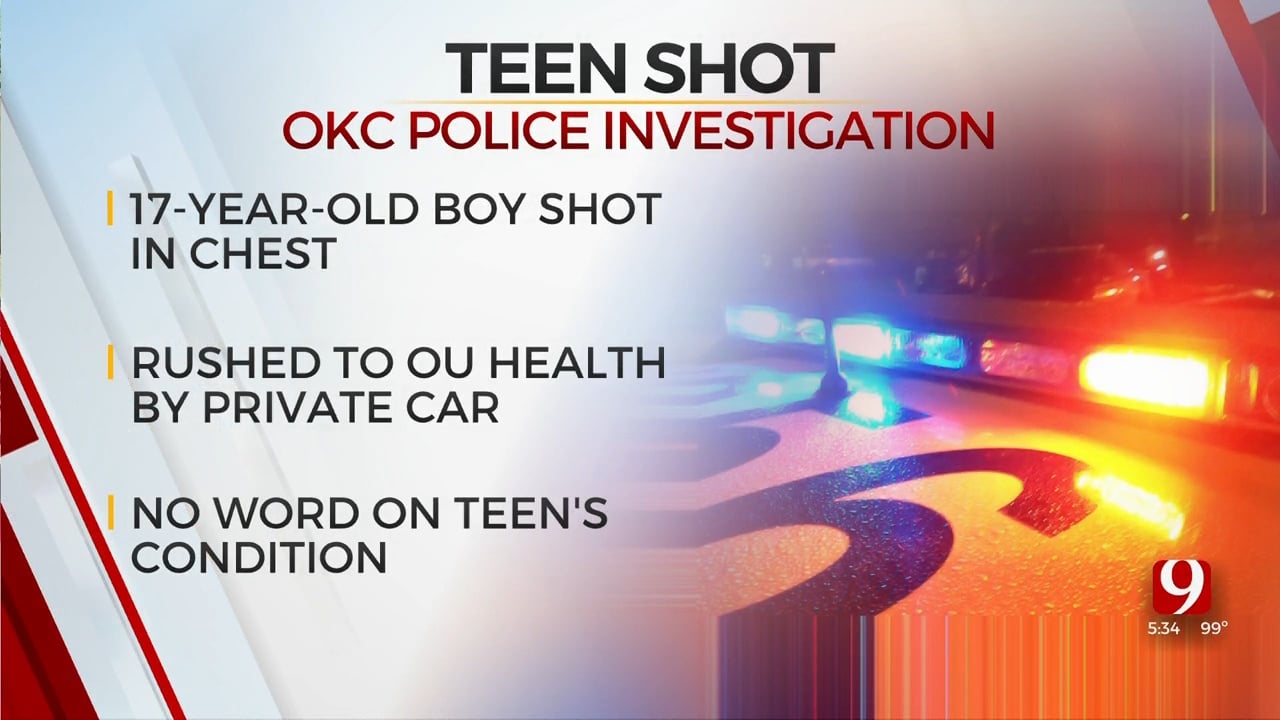 Oklahoma City police confirm that a 17-year-old victim is in stable condition following a shooting at a party in Oklahoma City and a vehicle crash at OU Medical Center.

Officers responded to a vehicle that hit a retaining wall at around 1:40 a.m. Saturday morning in the 800 block of Northeast 13th.

The drivers of the vehicle helped the victim with a gunshot wound in the chest into the hospital, according to OCPD.

Police said this started at a party where an argument occurred then gunshots were fired.

OCPD don't know if the victim was the intended target.

Officers are looking into where the party was taking place and have no suspect information.