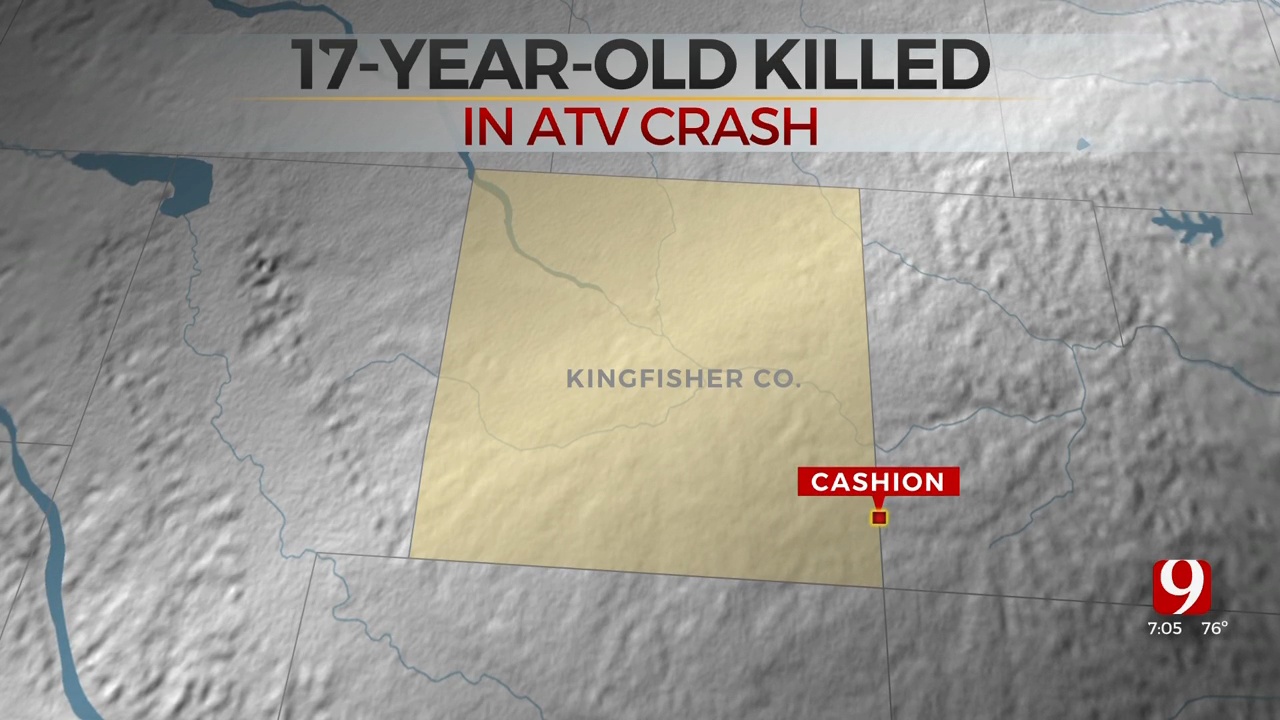 A 17-year-old was killed in an ATV crash late Saturday night in Kingfisher County, according to the Oklahoma Highway Patrol (OHP).

Troopers said the driver was heading westbound on East 800 Road and departed the roadway for unknown reasons. The vehicle then struck a tree, according to OHP.

The victim was transported to a hospital where they were pronounced dead, according to troopers.

The passenger was also taken to a hospital but has since been treated and released, according to OHP.

The cause of the collision is under investigation.