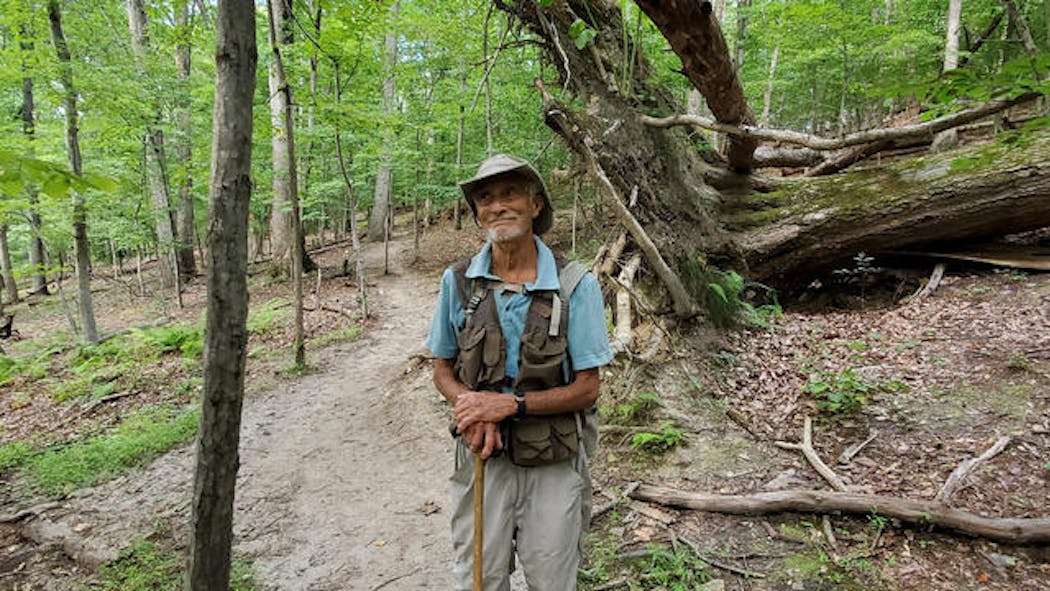 A respected snake researcher who had been making significant discoveries about the species since childhood has died after being bitten by a timber rattler.

William H. "Marty" Martin died Aug. 3 after being bitten the day before by a captive snake on the property at his home in Harpers Ferry, West Virginia, according to his wife, Renee Martin.

Martin, who was 80 years old, continued to make arduous mountain hikes to document and count snake populations in remote sites, said Joe Villari, who manages the Bull Run Mountains Preserve in northern Virginia and would accompany Martin on his outings there.

"He was in his 80s, and he was hard to keep up with," said Villari, who made it a point to join Martin on his semiannual treks to remote mountain dens where the snakes would live.

John Sealy, a rattlesnake researcher from Stokesdale, North Carolina, who knew Martin for more than 30 years, said Martin was perhaps the foremost authority on timber rattlers, a species he studied since childhood. As a boy, Martin found a population of timber rattlers in the Bull Run Mountains that was previously unknown, and convinced a herpetologist to come out and verify the find.

Sealy said Martin was known throughout the community of snake experts for his field work and research, and his ability to find and document a species that makes itself hard to find.

"They're extremely secretive animals," he said.

Dan Keyler, a toxicology professor at the University of Minnesota and an expert on snakebites, said a second snakebite can be more dangerous than a first for some people and rattlesnakes can be more dangerous if they grow to a size that allows them to inject more venom. Age can also be a factor in a person's susceptibility.

Martin had been bitten before in his career, but recovered.

Villari said timber rattlers tend to be docile, avoid human contact and often won't bite even if they're accidentally stepped on.

"They save their venom for their prey," he said.

Rattlesnakes usually avoid humans, but about 8,000 people are bitten by venomous snakes in the U.S. each year, with 10 to 15 deaths, according to the U.S. Food and Drug Administration.

Last month, a six-year-old boy died days after he was bitten by a rattlesnake while on a family bike ride near Colorado Springs.

Fire official Derek Chambers told CBS Colorado there are several things to remember if a snake were to bite you or someone you are with.

"Stay calm, try and slow down your heart rate as much as possible, leave the bite wound lower than the heart; don't elevate," he said. "Don't put a tourniquet on it and don't try and suck out the venom, but get the … patient to a hospital as quick as possible."