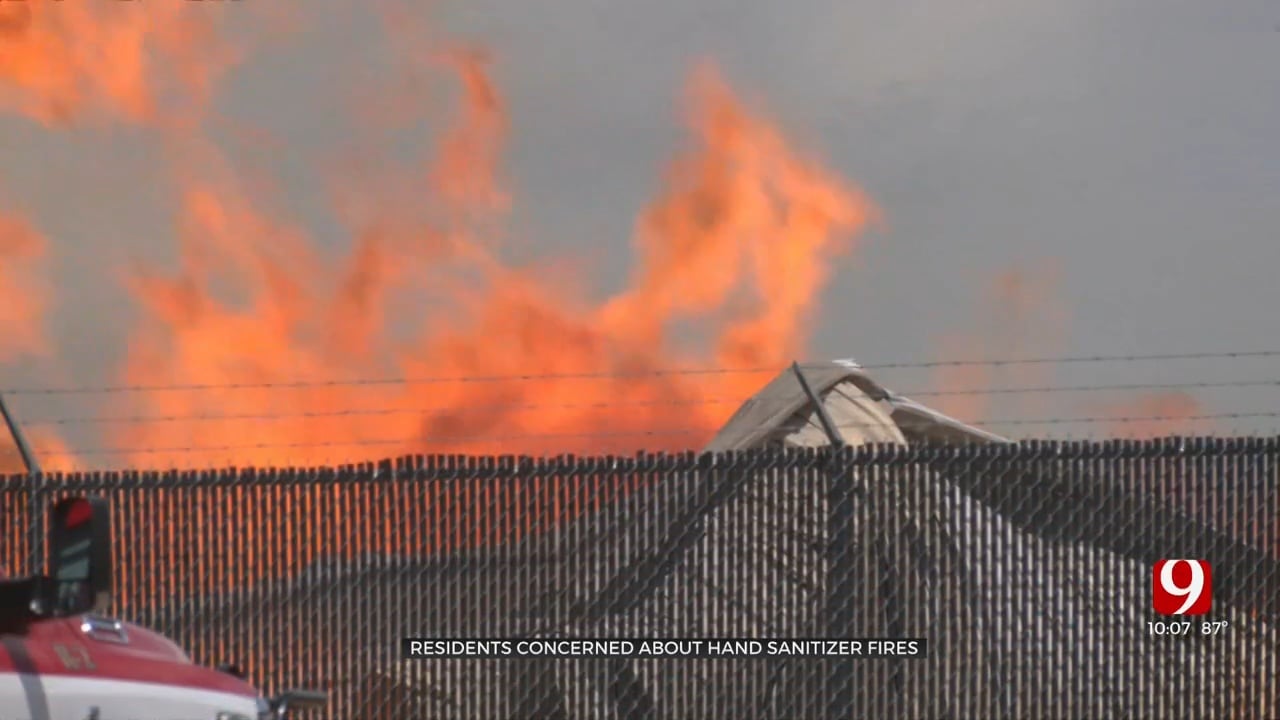 Pallets of the sanitizer fueled a massive blaze at a warehouse and again in a roll off just days later.

"The first thing that was strange was hazmat material. [It was] unsecured, the gates wide open and nobody there,” said one concerned citizen.

Another facility, less than a mile away from the Chickasha Manufacturing Co gets shipments of sanitizer around the clock.

"There's a lot of trucks, there's at least somewhere between 10 to 20 trucks sometimes, during the week," said neighbor Thomas Butler.

The Chickasha Manufacturing Co and the facility in Ninnekah are both leased by Bordwine Development and are used to hold the sanitizer.  1.5 million gallons of it burned off in Sunday's fire.

The company said the plan was to recycle the sanitizer. Their attorney, Peter L Scimeca, released this statement:

The COVID-19 crisis in the United States created an unprecedented stockpile of hand sanitizer. Mr. Bordwine and his entity were helping the nation recycle this unprecedented stockpile. Due to the ongoing nature of this matter, we cannot further comment. However, the public should know that we are working with state and local officials to safely and quickly recycle and/or dispose of the remaining stockpile of hand sanitizer in and around Chickasha according to applicable state and federal law.

Someone involved in the process, who wants to keep their identity hidden said that's not the whole story.

"Well according to California, they're recycling it. According to Oklahoma they're disposing of it," said the concerned citizen.

A third stockpile at a Bordwine owned building sparked up in a dumpster on Thursday. Chickasha crews quickly poured on dirt, not water, to put out the flames. Just like Sunday, crews needed to avoid possible contamination of area water. It's another sign, said that concerned citizen, the facility bit off more than they could chew.

"If they haven't got the site absolutely secured so that if something did happen, they could contain the runoff, they're still not doing it right. My question is does this company even have a license to handle hazardous materials," they said.

Chickasha fire has turned their findings over to the Grady County District Attorney.