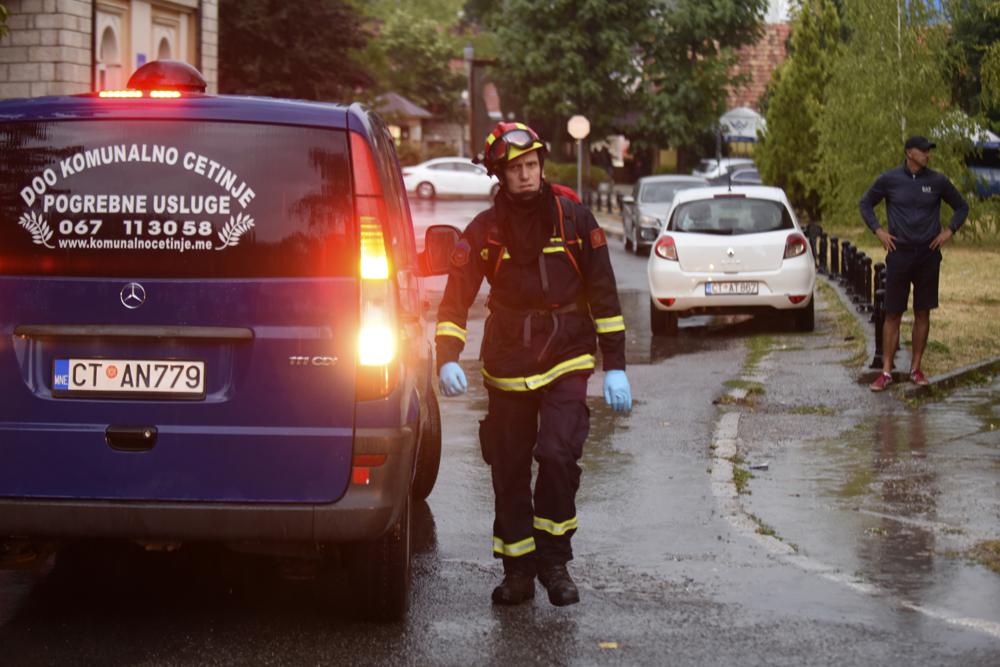 A man in Montenegro went on a shooting rampage Friday, killing 11 people on the streets of a city before being shot dead, Montenegro state TV reported, quoting police sources. The country's prime minister called the attack an "unprecedented tragedy."

State TV RTCG said the 34-year-old gunman wounded another six people, including a policeman, in the city of Cetinje's Medovina neighborhood, which is near the seat of the former royal government. The city is 22 miles west of Podogrica, the current capital of the small Balkan nation.

RTCG, quoting witnesses, said the attacker was randomly shooting at people walking in the street, including at children. Four of the wounded were transferred to a hospital in Cetinje while two others with serious wounds were sent to the Clinical Center in Podgorica, it said.

RTCG quoted police sources as saying that the attack came after a family dispute, but gave no further details. Police still have not issued an official statement about the attack but have blocked off the site.

Montenegrin Prime Minister Dritan Abazovic wrote on his Telegram channel that there had been "an unprecedented tragedy" in Cetinje, calling on the nation "to be, in their thoughts, with the families of the innocent victims, their relatives, friends and all the people of Cetinje."

Montenegro is famed for its picturesque beaches, framed by nearby mountains that have long been a draw for tourists.

Cetinje is the site of the country's former royal capital and lies in a mountainous valley that has largely stagnated economically in recent decades.

Residents were left in shock in the shooting's wake.

"I can't believe that this happened in Cetinje and Montenegro. I do not know what to say, I am speechless. I do not know where this can lead us," said Cetinje resident Milorad Mitrovic to RTCG.

The incident comes as the country is in the full throes of its highly anticipated tourism high season following two years of the coronavirus pandemic.

With an unemployment rate of some 18 percent and an average monthly salary of under 520 euros ($614), Montenegro counts on tourism and the appeal of some 300 km of azure coastline to boost its revenues.

Holiday destinations such as Budva and Kotor draw big crowds, the latter appearing on the UNESCO world heritage list.

Organised crime and corruption have remained two major issues plaguing the country which authorities have pledged to tackle under pressure from the EU.

Mass shootings, however, have been rare in the Adriatic nation.

AFP contributed to this report.